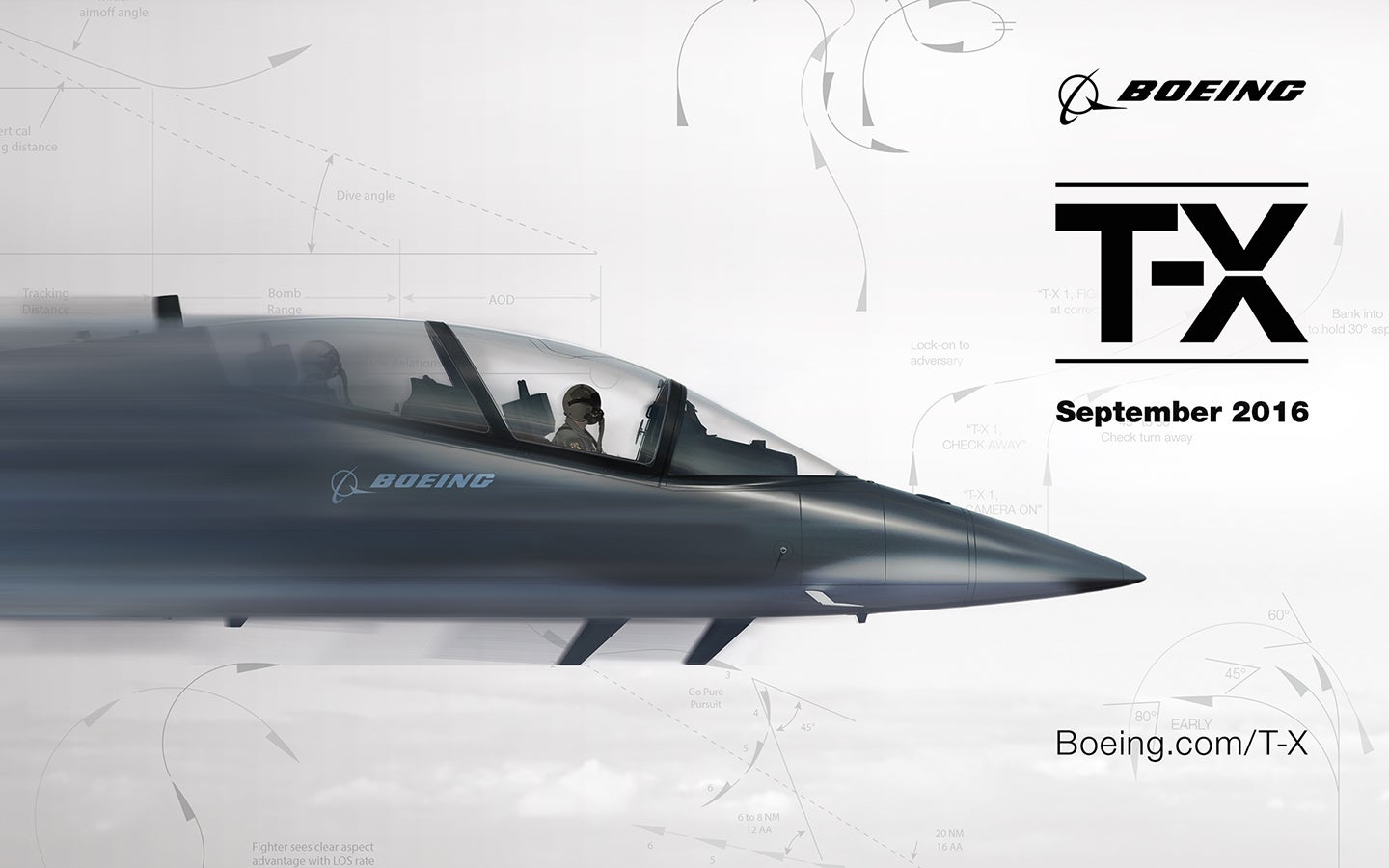 Black metal faintly lit against a dark backdrop gives just the slightest hint of an airplane. The glimpses are parts of a teaser trailer for the Boeing and Saab designed T-X, their entry into a trainer jet competition for the Air Force. If the video is slowed down just enough, it’s possible to see just the tip of the plane:

There’s also a trailer with a half-second view of plane from overhead, looking very much like a narrow dart.

The competition’s goal is to replace the Air Force’s existing T-38 trainers, which have trained Air Force jet pilots since the 1960s. Airplanes have advanced quite a bit since then, so the Air Force wants to make sure their new trainer can adequately prepare new pilots for modern planes.

Besides the Boeing and Saab collaboration, three other teams (including Lockheed Martin and Northrup Grumman) are putting forth bids for the contract to replace the trainer. The Air Force plans to start looking at proposals in December, and we’re starting to see glimpses of many of the designs already in the works. Ultimately, the Air Force is looking to buy 350 new jets to train their pilots on for decades to come, and a 350-jet contract is pretty good business for whatever team can get it.

So what will the Boeing- and Saab-designed trainer jet actually look like? The announcement page says “Stay tuned for the reveal in September 2016!” Conveniently, that’s the same month as the Air Force Association’s Air & Space Conference and Technology Exposition. Expect it to make a debut in the lead up to that conference.