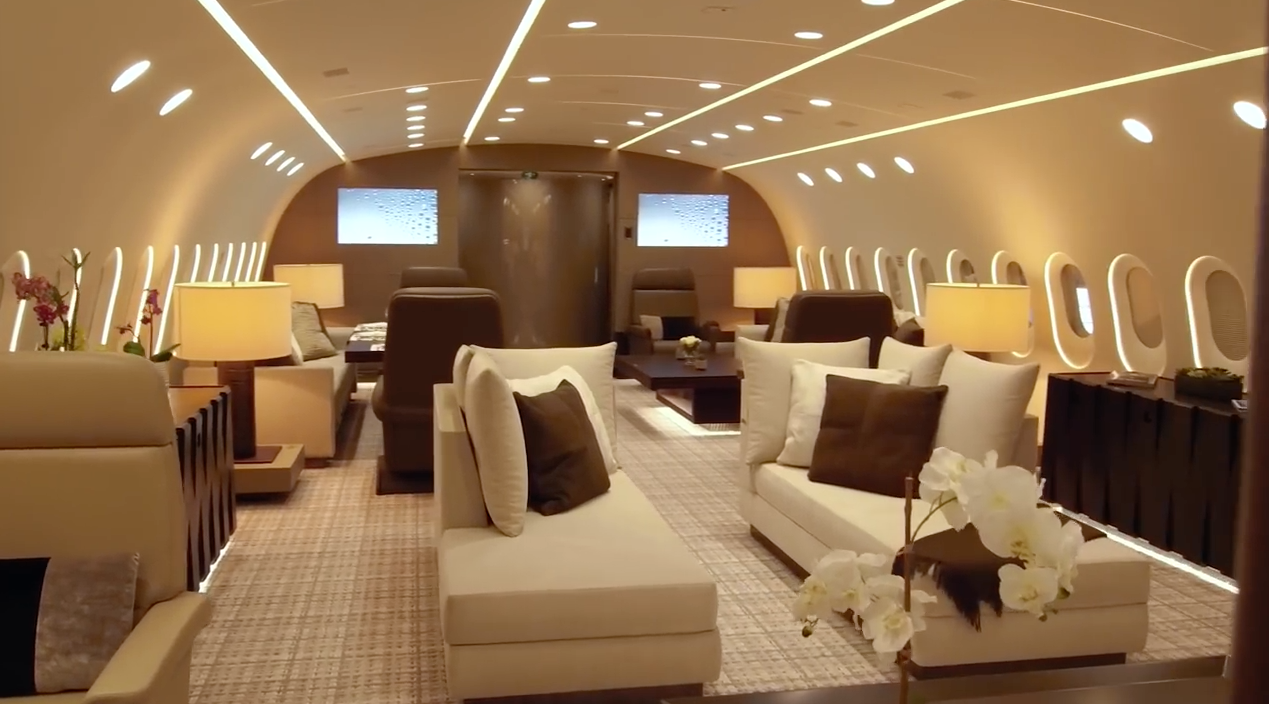 Boeing's 787 Dreamliner is designed to carry 280 people across oceans and between continents. But one special model has been converted to a private plane, complete with a master bedroom and five bathrooms. It's slightly smaller than the average U.S. home, but nearly 100 times the price. Screenshot by author, from YouTube
SHARE

Boeing’s 787 Dreamliner is a massive jetliner, designed to comfortably carry 280 people across oceans and between continents. Or, for one special customer with millions to spare, it can carry 40 passengers for 17 hours non-stop in what can only be fairly described as grotesque opulence.

The converted airliner boasts a master bedroom, complete with two sinks, tasteful towel storage, and a dang shower. There’s a tastefully subdued lounge—if five televisions and beige and brown modern furniture counts as “subdued”—and then there’s a normal seating section, with seats so roomy they make normal first-class seating look like steerage. It’s truly magnificent, the quality of the experiences available to people with an endless pool of money to spent on not just luxury travel, but owning a luxury airliner.

Interior stylings were provided by “Paris-based Pierrejean Design Studios, which has previously worked with large corporate aircraft as well as luxury yachts,” according to Australian Business Traveller, and the whole feel is equal parts upscale hotel and supervillain hangout. At 2,400 square feet and with five bathrooms, it’s slightly smaller than the average house built in America in 2015. At with $225 million, it’s almost 1,000 times as expensive.

Check out the video below for a glimpse at the kind of luxury that would have made the Romanov’s blush: