Blue Origin Could Send Tourists Into Space As Early As 2018 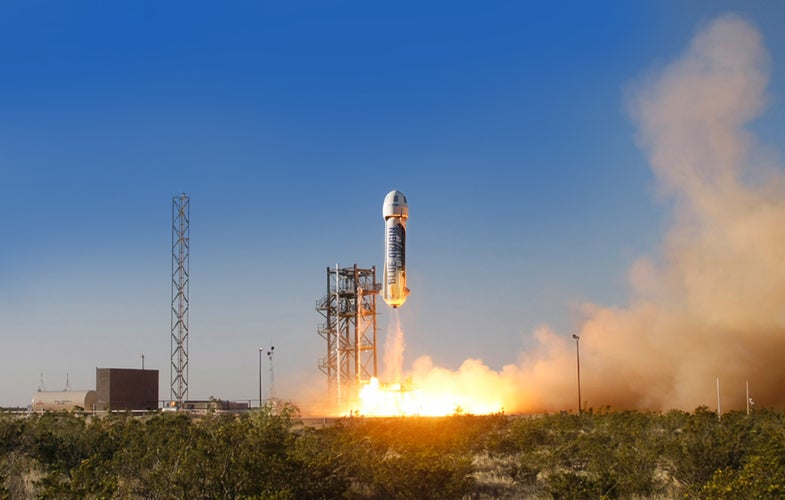 For the first time, rocket company Blue Origin opened the doors of its headquarters in Washington State to reporters on Tuesday. During the tour, Amazon CEO and Blue Origin founder Jeff Bezos said he hopes to begin launching crewed test flights in 2017.

The secretive Blue Origin has successfully launched its short, squat rocket named New Shepard a handful of times–and the company has even managed to land it softly and re-launch it, becoming the first to reuse a rocket booster–a development which could make space travel much more affordable.

During the press tour, the company didn’t reveal much in the way of new information, but said it will allow outsiders to observe an upcoming test flight at its facility in Texas, and that it will provide more details later this year about its larger Vulcan rocket that will eventually launch from Cape Canaveral.

The company’s ultimate goal is to carry tourists about 62 miles above the surface of the Earth–not quite high enough to reach orbital space, but high enough to experience weightlessness and see the curvature of the Earth. If the human tests in 2017 go well, the company says it could begin launching tourists as soon as 2018.

Of course, things don’t always go as planned in the rocket business, and Blue Origin’s timetable has been pushed back several times before. But with the company’s recent successes, it looks like they could soon be ready for takeoff.