How Apollo Flew Without Wings

It might not look like it, but the Apollo spacecraft could fly without wings. It’s a capability that was built... 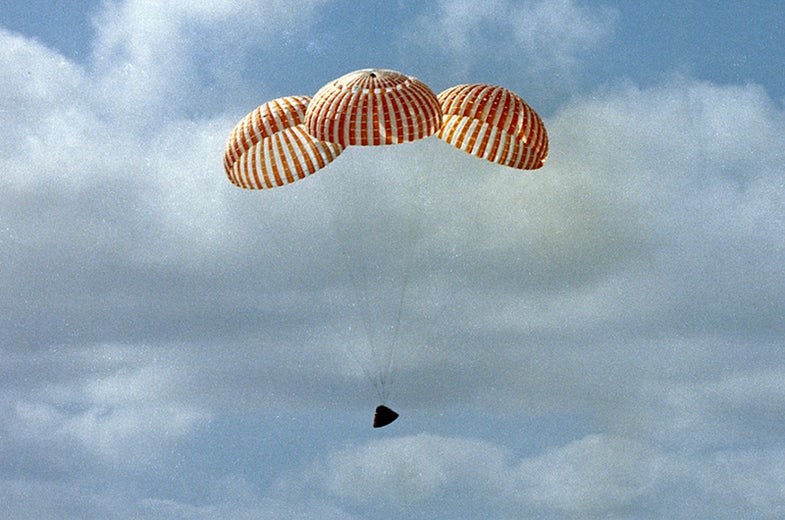 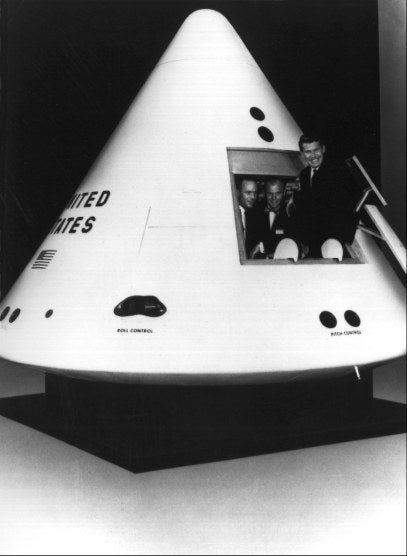 It might not look like it, but the Apollo spacecraft could fly without wings. It’s a capability that was built into the vehicle to give astronauts enough control over their landing to avoid a bad situation if necessary. And the first mission to take advantage of that capability was Apollo 11, which splashed down 45 years ago today.

Just before midnight, eastern time, on July 23, 1969, Apollo 11 was about 86,200 miles away approaching the Earth at almost 7,000 feet per second. The mission had been a stunning success to that point with the Moon landing continuing to dominate headlines worldwide, but some problems were starting to crop up in the final descent and landing stage. Namely, Mother Nature wasn’t cooperating with NASA.

The mission was scheduled to land in the middle of the Pacific Ocean, but thunderstorms were being forecast over the primary landing site making it an unsafe place for the astronauts to splash down. And the Apollo spacecraft didn’t have the option of stopping in Earth orbit to wait out the storm. Missions from the Moon returned directly to Earth and reentered the atmosphere at speeds in excess of 35,000 feet per second. To give the spacecraft landing options NASA had preselected alternative landing zones, spots in the oceans to which it could direct an incoming spacecraft if the primary landing site became dangerous. And one way Apollo could reach an alternate landing site was by using its innate lifting capabilities to stretch its entry path.

Externally, the Apollo spacecraft was highly reminiscent of the Mercury spacecraft that had pioneered blunt bodies. It was a symmetrical, truncated cone a little more than 11 feet tall and less than 13 feet in diameter. But internally, the Apollo spacecraft was slightly less symmetrical. All the hardware and materials inside the spacecraft were weighted such that its centre of gravity was towards the crews’ feet. This meant that that spacecraft leaned in one direction as it fell though the atmosphere. And when it fell supersonically, this slight lean translated into lift. The crew could direct this so-called lift vector up or down or side to side by simply rolling the spacecraft with its thrusters. The crew could direct the lift vector in such a way as to increase the blunt spacecraft’s cross range capability. Apollo could never have the same cross range capability of a winged vehicle like the shuttle, but it did give the spacecraft some control during reentry. 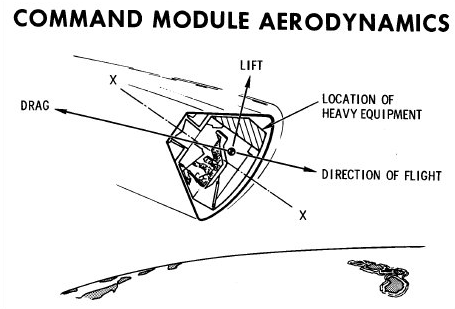 So at about 12 hours before entry, CapCom Charlie Duke called up to the crew of Apollo 11 with the news of the change in landing site. Rather than reenter with its lift vector down like every previous Apollo mission had done, Apollo 11 would fly with its lift vector up for about a minute and a half. The effect of this brief change in spacecraft orientation would be an extension of the its range by 215 miles, delivering the spacecraft to its secondary landing area.

Apollo 11 splashed down at 12:50 pm, EST, on July 24, 1969. The spacecraft ended up 1.94 miles from its target point and less than 15 miles from the primary recovery carrier, the USS Hornet. And the weather there was lovely: 12 miles of visibility, three-foot waves, and light winds at 18.4 miles per hour. Within an hour of splashing down the crew — Neil Armstrong, Buzz Aldrin, and Mike Collins — was safely on board the USS Hornet.

_My Apollo 11 live tweet is ending today around 1:30pm EST so there’s still time to follow along with reentry and splashdown! Follow me — @astVintageSpace — for the end of the mission, and for daily Vintage Space-type content! _

Sources: “How Apollo Flew to the Moon” by David Woods; the Apollo Lunar Flight Journal.