Last week, the UK updated their requirements for all state-funded schools and academies (click “Church of England and Catholic single... 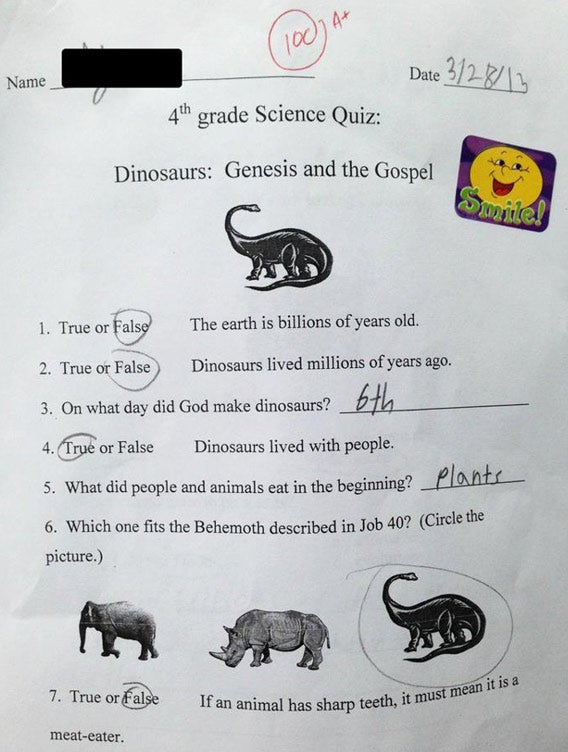 Last week, the UK updated their requirements for all state-funded schools and academies (click “Church of England and Catholic single academy model supplemental agreement”) to clearly prohibit the teaching of creationism as science. It’s not exactly a groundbreaking change, since future schools and acadamies were already barred from teaching creationism, but the new language puts the requirements on existing schools and acadamies as well. For those who are unfamiliar with the UK system, this language refers to what in the US are called private schools, such as those run by religious institutions.

This restriction stands in stark contrast to the United States, where creationism is not so much an embarassment to reasonable society as it is a valid life choice to be taught to children as a valid alternative hypothesis to evolution (at best) or an outright fact (at worst). Many private schools in the US accept taxpayer money while teaching students that the Loch Ness Monster is real and proof of non-avian dinosaurs living today, or that fossils were created by a global flood, as with this spectacular example of a 4th grade science quiz from a private school in South Carolina: 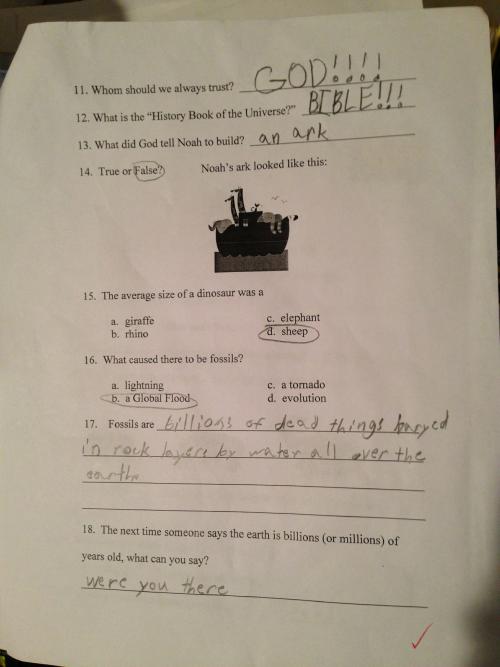 For the record, “Were you there” is an equally clever thing to say to someone who says the earth is 6,000 years old. If the person in question is a 3rd grader, this response will absolutely blow their mind. You can then change the subject to Ninja Turtles, then segue smoothly into genetic mutations, and soon you will have set the tyke back on the path of scientific inquiry.

Many people who value science education are hoping the US takes note of the UK’s good example, but that seems unlikely considering that the UK appears to have taken note of the US’s bad example. Lawmakers in the UK probably realized that if they didn’t make it absolutely clear that creationism wasn’t allowed today, then tomorrow they’d be discussing the need for language banning the teaching of Loch Ness Monsterism.

We in the US are already beyond that point, and well into the area where we have public school teachers regularly attempting to sneak creationism into their science classrooms. Unfortunatley, we’re going to need something a bit more drastic than the quiet clarification of a few documents governing the use of public money in private schools.