Worming Our Way Towards New Therapies for Chronic Disease

Over the last five decades, the prevalence of chronic conditions such as ulcerative colitis, Crohn’s disease, multiple sclerosis and autism... 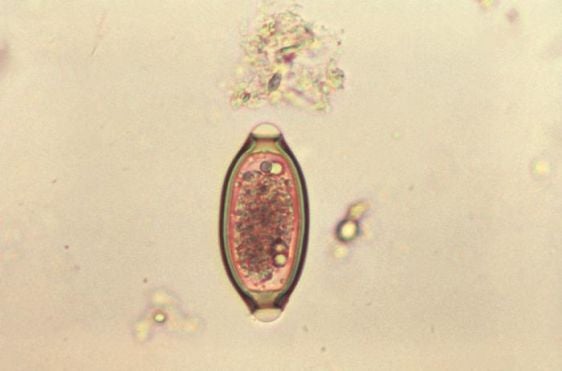 Over the last five decades, the prevalence of chronic conditions such as ulcerative colitis, Crohn’s disease, multiple sclerosis and autism spectrum disorders have grown significantly. Public health research has been working fervently to find a way to treat and hopefully cure the ailments. Yet the goal is not easily reached due to one major hurdle – the immune system and more specifically, inflammation.

Unfortunately, while inflammation as a general term can be readily understood, the mechanisms causing this response are complex and difficult to manage with medicines. There have been some successes in calming inflammation, such as the non-steroidal anti-inflammatory drugs – better known as NSAIDs – and the drug class known as tumor necrosis factor alpha inhibitors,but for the most part, many continue to suffer with little chances for long standing improvement.

In the last decade, a different type of treatment has been investigated and is now working to solve not one, but a handful of chronic diseases. The active agent is not a chemical or a drug but something far more complex. Yet, in light of the results being seen both in the literature and in clinical trials, there is hope that this direction may lead to a resolution sought by millions.

As we approach Christmas, some might believe that the acronym refers to the band Trans-Siberian Orchestra. While their eclectic form of music may help to calm tensions and improve one’s overall demure, this is not the treatment. TSO actually stands for Trichuris suis ova. For those not taxonomically inclined, it’s also known as pig whip worm eggs.

For many, the concept of using the eggs from a creature better known to cause a nasty infection in pigs and lead to significant losses may seem unwise. But by taking a closer look at how the ova interact with the gut of pigs the potential for human use as a therapeutic becomes clear.

The initial work was done back in 1975 in England and offered one of the first descriptions of the complex nature of TSO and infection in pigs. TSO enters the gastrointestinal tract and interact with the cells of the large intestine where it can live quite happily and develop larvae. To ensure that it is comfortable, the ova are covered with a number of carbohydrate molecules known as glycans that ease the immune response and slow down both the process of inflammation. Unfortunately, the nature of the gut microbiota in pigs is rather harsh with several pathogens lurking about. The TSO effect shuts down the defenses against these pathogens leaving the animals prone to the deleterious effects of infection.

In contrast, pigs that have no pathogenic bacteria in their gut form a synergy with TSO, leaving them altogether happy. In essence, TSO could reduce inflammation in animals and as long as there was no evidence of pathogens, there would be few consequences. For pigs, this might have been a bit of a dream considering the inability to prevent pathogen colonization. But for humans, this could mean a new treatment for chronic conditions.

It took another quarter century before the postulate was formally made. It started with a paper from a team led by two researchers at the University of Iowa, David Elliott and Joel Weinstock. The premise was simple: Crohn’s disease and other autoimmune-type diseases were a consequence of a lack of exposure to worms. It might not have been well received by the research community, but for Elliott and Weinstock, it represented the beginning of a worm revolution.

Within five years, the team had clinically tested the effect of TSO on Crohn’s disease as well as ulcerative colitis. The results were impressive and suggested that their postulate had merit. It also meant that there was a very good reason to create a company.

That company is known as Coronado Biosciences.

While most are still Phase I – safety and tolerability – the results have been impressive. Now, Coronado has started a Phase 2 trial to elucidate the effect of TSO on ulcerative colitis. To get a better sense of this particular trial, I spoke with the Executive Vice President, Scientific Affairs, Dr. Karin Hehenberger. She was more than happy to relay that while the launch of Phase 2 was exciting, there was more to the story:

There is little doubt that ulcerative colitis has both an autoimmune component and causes a shift in the gut microbiome. But whether the introduction of TSO can help to shift the microbiome to harmony over imbalance is unknown. Yet Dr. Hehenberger is confident. “By changing the interface of mucosal immune response, we feel that TSO will bring people back from the brink to a better microbiome, a better immunity and overall better health.”

There is also another potential benefit to TSO. According to Hehenberger, this form of therapy could also help to minimize the number pharmacological interventions needed to manage, albeit not treat, these diseases:

The answer to whether TSO can effectively control inflammation and restore a healthy gut microbiome is still years away and positive results may not come easy. The results from a Phase 2 clinical trial evaluating TSO in 250 patients with moderate-to-severe Crohn’s disease were not significant albeit promising. Even with these setbacks, TSO may soon reserve a seat at the table of new, natural, microbial-based health treatments, including fecal microbiota transplantation and an assortment of clinically proven probiotics. But perhaps the true promise of TSO is the potential to resolve large scale health problems with a simple and cost-effective solution that hails back to an old school rhyme.

Go ahead and eat some worms.