Every year around this time, the age-old practice of making New Year’s Resolutions takes center stage as millions of people... 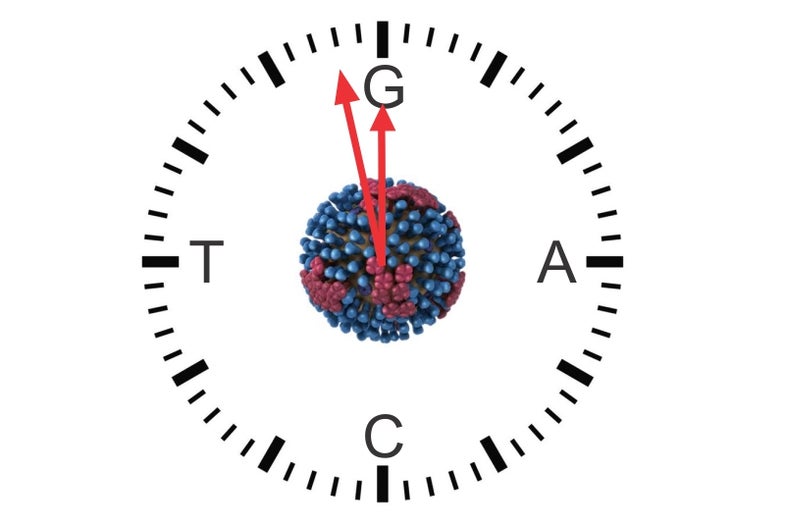 Every year around this time, the age-old practice of making New Year’s Resolutions takes center stage as millions of people promise to adopt social behavior patterns that will help them live and thrive. Most of these promises follow a similar code of conduct – dieting, exercising more, being nicer to people – and while intentions might be unwavering; the actual success rate is miserable with an up to 88% failure rate.

In the microbial world, there is also a continuing effort to improve quality of life although instead of pledging resolutions, these microscopic creatures use evolution. Amongst all the different types of germs that exist, none are more able to take advantage of this characteristics than influenza.

How this virus manages to continually invoke change has been a hot topic in virology since the mid-1930s when one of the pioneers of flu research, Richard Shope, discovered flu had the ability to switch hosts from pigs to mice. After the discovery of DNA in 1944, research focused on how influenza could change its genetic code to move from one animal to another and eventually to the human. Over the years, the mechanisms were found and as far back as the 1970s, there was a clear appreciation that evolution equated a potential emergency. Thankfully, much like human resolutions, the majority of flu adaptations could not be sustained and innumerable virus strains disappeared. However, when an evolutionary change was stable, the result was not only a novel flu strain but also as seen in 1918, 1957, 1968 and 2009, a pandemic. Worse, as was seen in the latest global outbreak, mutation was not only limited to one per year, but potentially after each and every infection.

During the analysis of the 2009 pandemic, public health officials noticed that over time, one strain somehow became two. Ninety-nine percent of people were infected with one strain that caused a nasty infection but allowed most to recover. The other one percent of cases was from a flu that had a secondary evolution, known as D225G (HA). This one single change led to a significant increase in disease severity and increased mortality. Unfortunately, no one can determine when the evolution occurred or how it managed to spread worldwide.

Today, the situation isn’t much better. Predicting what flu has in store continues to be nearly impossible even though research has identified some commonalities. There are only a few circulating strains such as H3N2, B, H1N1 and H1N1pdm (the ‘swine flu’ strain), and only a handful of areas in the flu genome have been described as hot spots of concern. Yet forecasting every change simply cannot be done leaving public health officials, vaccine manufacturers, epidemiologists and surveillance experts with no other choice than to make their best guesstimate.

As we head into 2014, our lack of knowledge has already started to hurt us. Though H1N1pdm has been lurking around since the end of the pandemic, it has not regained its ability to become the predominant strain. However, this year, according to the CDC it has made a comeback, causing over 40% of infections and being associated with a handful of deaths.

At the moment, there is little indication that this will turn into yet another pandemic, yet there is worry that 2014 could be a bad year for flu. Unfortunately, until researchers can learn the sequence of the virus and determine which, if any, evolutions have occurred, the only options are to wait and act defensively to prevent spread. At last check, the CDC had received these samples and sequences should be known by January 1. With any luck, there will only be a few evolutions and none of them will hamper the effectiveness of the flu vaccine, which contains the H1N1pdm version from 2009.

In the meantime, the public can do its part to prepare for the unveiling of flu’s New Year’s Evolution by making their own New Year’s Resolution to act more hygienically and adopting good health habits. Even if there was no threat from the flu, these ideas are excellent to improve overall health and happiness. But more importantly, while these actions may not entirely protect individuals from infection, they will go a long way in reducing spread. Moreover, it may even help to prevent the millions of exercise avowers from using illness as an excuse to avoid the gym.