The last year has seen a rather dramatic shift in the United States economy. The traditional concepts of growth and... 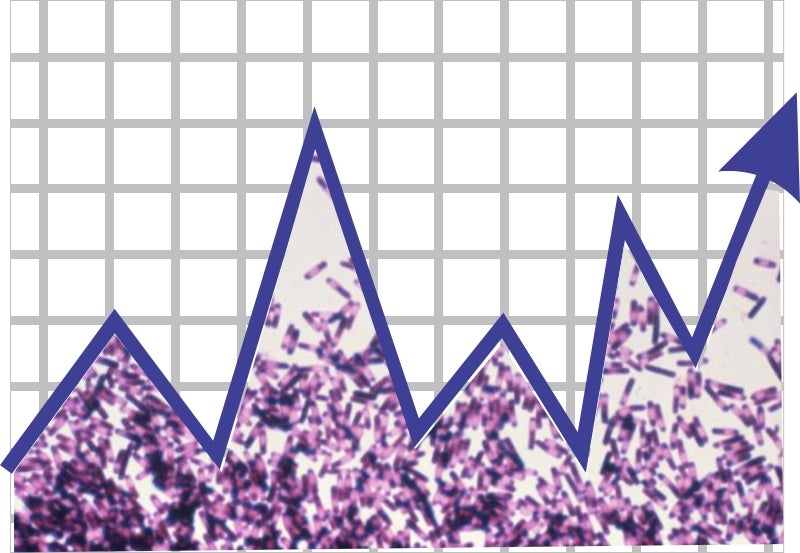 The last year has seen a rather dramatic shift in the United States economy. The traditional concepts of growth and recession have been thrown out the window, replaced with enigmatic explanations such as ‘jobless recovery‘, ‘unemployment persistence‘, and ‘stimulus addiction‘. The overall result of this shift has led to a volatile environment in which few experts can truly predict exactly what will come next and many players are left scratching their heads.

Yet in terms of the overall explanation of the current market environment, there may be a more dependable model to follow albeit rarely extrapolated in this way. The markets of the microbial world – the germs economy – may have much to offer to help explain what is happening and also, where we may go into the future.

The idea that microbes may even have an economic slant has been known for over half a century. The context in those days was how microbes worked to produce commodities that would benefit not only other microbes, but higher organisms, such as plants. As the theory progressed, a larger scope developed involving all living forms and how they acted in a quasi-economic market. The result was a definition of trade that was more than sharing nutrients and other necessary chemicals. There were give-and-take agreements, one-sided partnerships in which a more dominant species would help a weaker one under certain conditions, and even vicious antagonism in which one microbe would use a cocktail of toxins to prevent any competitors from gaining ground.

Last week, an international collaboration took the concept even further as they unveiled a paper that describes the evolution of microbial markets. The usual tenets of Economics 101 were discussed such as the exchange of commodities, trade, supply and demand and the idea of price wars. Other valuable rules included avoiding bad trading partners, always stick to local ties, diversify, save, be indispensable and eliminate the competition.

While these generalities formed the basis of the initial discussion, the most interesting perspectives came with the revelation that bacteria, much like humans, have a difficult time with trust. While the initial public offering of a microbe may send everyone a twitter, eventually, due to failed business relationships, eventual lack of interest on the part of the majority and the discovery of high-quality partners, the number of investors shrinks albeit they continue to prop up the bacterium. Over time, the value of the microbe increases yet fewer other species can benefit from it.

This may be good for the bacterium’s overall survival and even higher value yet the result in the community may be quite negative. Eventually, there will be changes that could lead not only to lack of diversity but also potential antagonism. What’s more is that downstream effects of the elimination or hoarding of commodities may end up leaving fewer bacteria with little chance of survival. Eventually, the market environment will thin out and the environment as a whole will suffer.

While this may seem to be a theoretical postulate, this means of action in economic instability is an actual occurrence in some hundreds of thousands of Americans each year. The bacterium in this case is toxigenic Clostridium difficile. As research has shown, this bacterium is at best opportunistic and non-toxigenic versions may even be able to help us ward of gastrointestinal infections. However, when times get volatile, C. difficile begins a new business strategy that helps its survival but ultimately hurts the overall human economy,

It starts with a recession; in this case, the onset of either an acute infection or a medical procedure, such as surgery or chemotherapy. In order to maintain health, an antibiotic may be prescribed as a stimulus to promote health. However, due to the antimicrobial effect, microbial diversity drops and only those resistant to treatment are left standing.

Upon seeing the new surroundings, the first job of the pathogen is to take up a new home in the gastrointestinal lining, vacated by the antibiotic-killed bacteria. To ensure a happy foundation is set, C. difficile produces a number of adhesion molecules as well as a sticky outside capsule allowing it to remain firmly in place. Whereas the previous residents worked with the gut to make the human happy, this pathogen begins to shock the cells of the gut, initiating an inflammatory immune response. This serves to only increase volatilty.

Next, the bacteria produce toxins. These damage the gut lining giving even more nutrients to the bacterium and even more incentive to grow. As the infection worsens, a new plethora of antibiotics are thrown at it to stimulate a better environment. However, thanks to resistance, this only helps them grow; any chance of returning to a happy, diverse environment, however, is squelched.

As the bacteria thrive and rise in stock, the effects in the surrounding area turn dire. The body suffers with the unending infection and suffers colitis. The microbial diversity is all but destroyed leaving no actual jobs to be had. Worse, the environment begins to appear more like a war zone, toxic to whatever may happen to arrive. Without remediation, there will be no resolve; the person will die. Yet, as soon as that happens, C. difficile will simply restructure itself into a more dynamic entity, a spore, and await its spread where it can once again colonize happily in a diverse environment or thrive economically in new environments of recession.

Granted, this extreme case of microbial economics may not entirely represent what is happening in the global economy. However, the signs are similar. The diversity in the stock market is shrinking leaving only larger, more successful businesses reaping the rewards. The effect of stimulus, sometimes known as quantitative easing, may be harmful rather than helpful by giving companies the incentive to spend as wished, not as needed. Finally, jobs, like the adhesion molecules or toxins employed by C. difficile, they are commodities; they are only opened when there is a reason for them. In this world, however, where there are other opportunities to thrive, there is little need for them.

There is little indication that economists will turn to microbes for inspiration on how to both understand the situation and predict where it may be going. Yet, the similarities are there and have been elucidated in the lab as well as in the clinical environment. While the extrapolations may not be as strong contextually as demonstrated here, there is enough suggestive evidence to at least offer microbiology as a means to better understand the economy. Not only will it be easy and affordable to conduct tests, but unlike the realities of experiments in the marketplace, the consequences of a bad hypothesis are nicely limited to the confines of a petri plate.