So You Think You Can Dance With The Salmonella?

Anyone who has watched Dancing With The Stars or So You Think You Can Dance knows that a top-notch performance... 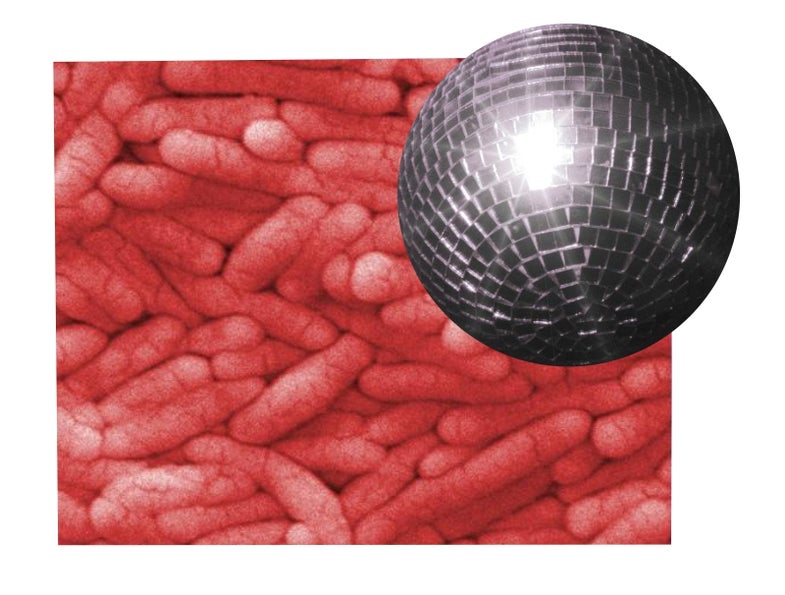 Anyone who has watched Dancing With The Stars or So You Think You Can Dance knows that a top-notch performance requires a combination of intricate choreography along with countless hours of practice. In these series, while time may be limited, the execution can still be exemplary leaving the audience both entertained and emotionally touched.

In the microbial world, the dance of infection has intrigued public health officials for over a century although the outcomes are significantly less delightful. But over the years, researchers have learned how this mambo of misery is manifested and more importantly, how it might be one day prevented.

The search for the sequence of infection steps, known as pathogenesis, began back to the turn of the 20th Century. The esteemed physician Walter Reed, after whom many medical centers are named, along with James Carroll determined that bacteria followed series of common steps to enter and colonize the body and eventually cause symptoms. The study focused on a particular bacterium, Bacillus icteroides (today known as Leptospira icteroieds), which was then determined to be the cause of yellow fever. But the findings had a greater reach as it provided a template for future researchers who set out to further elucidate just how microbes make us sick.

For the next half century, similar mechanisms were identified for a handful of infections although by the late 1960s, the focus turned to one particularly proficient pathogen, Salmonella, which appeared to have all the right moves. But instead of hands and feet to make an effective dance, the bacterium had a collection of proteins known as antigens that initiated and maintained infections. Though considered a major finding, this was only the beginning. Over the years, what was understood as a solo performance was found to be a tempestuous tango between the body and the bug.

In the 1990s, when the entire genetic map of Salmonella was known, researchers finally could get into the ‘mind’ of the menace. Through a plethora of studies, a picture of the dance was elucidated. The bacteria initiate the dance by entering the gut and using its antigens to stimulate a reaction. The body, via the immune system, responds in turn, hoping to eliminate the infection. Yet, instead of dying, the bacteria use elements such as secretion systems and pathogenicity islands, effector proteins and actin bundlers to evade the immune response. Each time the immune system seems to have the upper hand, the bacteria find a new way to thrive. The experience is akin to a dance-off in which the back and forth continues until one outlasts the other.

But while the individual moves could be seen and identified, just how they were choreographed was yet to be determined. This past week, the unveiling of new evidence may offer even more light and prove that Salmonella is much more than a dance partner; it is also the choreographer.

The study was conducted by a team of researchers from the UK and Ireland who decided to take a different approach to understanding the strain Salmonella enterica serovar Typhimurium. They subjected the bacteria to 22 different types of environmental settings and observed the reaction at the molecular level. In each case, the microbes managed to gain an appreciation for the conditions and then, much like a professional dancer might coordinate a different dance depending on the music, expressed a different genetic and protein expression signature. In essence, upon experiencing a new environment, the bacteria created a new dance.

While the artistic value of the conclusion was noted, the study offers a new tool for microbiologists. By understanding the techniques of the varied versions of the Salmonella shuffle, a series of diagnostic tests may be developed. More perhaps more importantly, this could open the door to a new branch of medicine that target Salmonella in real time. In this way, specific therapies would not only be chosen appropriately but also would be even more effective. In a world that is facing a post-antibiotic era, this option could not come soon enough.