Pathogens on the Farm can lead to Economic Endangerment

The farm has long been known to be an incubator for infectious diseases. Based on the “One Health” principle, which... 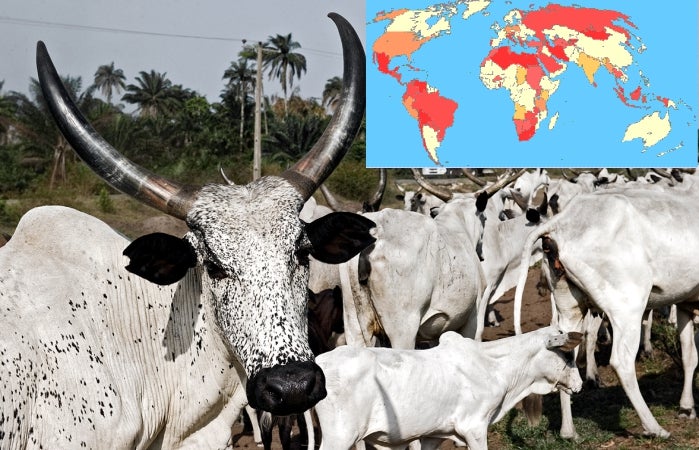 The farm has long been known to be an incubator for infectious diseases. Based on the “One Health” principle, which attempts to bring animal and human health under one umbrella, some 60% of all human infections are linked either directly or indirectly with animals. Yet, there is another angle to farm-related infections: the economy. Over the last few decades, several pathogens have either emerged or re-emerged leaving farmers around the world scrambling to find control strategies and countries looking to stabilize their bottom lines.

Models to better understand the biological and economic impact of farm infection have been sought for both higher and lower resource countries. Though this has been done effectively for developed nations, the ability to decipher the monetary impact of infection in developing countries continues to be relatively unknown. This gap could lead to worldwide problems due to inadvertent spread of pathogens, including those with antibiotic resistance, through international trade as well as hurt the overall global economy due to losses in individual countries trying to cement their place.

In order to better understand how infection in farm animals can lead to economic problems, an international team of researchers attempted to highlight the threat of one particular pathogen to developing countries. The team focused on an economically emerging nation, Nigeria, which has the greatest population on the continent of Africa and has a rich tradition of mixing both traditional as well as modern farming practices. The pathogen of choice was an old enemy of both livestock and humans, Brucella.

Brucella has been a problem for centuries and has been linked to disease in humans as far back as 700 years. The bacterium is found in a number of different livestock species including cattle, pigs, goats, sheep and camels. Though not lethal, inefction can be chronic leading to weakened immune systems, the inability to reproduce and poor meat quality. If an infected animal is sent through the food continuum, improperly processed and cooked contaminated meat may lead to human infection characterized by fever, chills, fatigue, weakness, muscle and joint pain.

In many developed countries Brucella spread has been controlled yet in many parts of Africa, such as Egypt, the infection is endemic. In Libya, the prevalence is 42%; in Ethiopia, 26% of cattle have been infected; and in Uganda, 5% of the livestock herd are contaminated. The data suggest the bacteria may be ubiquitous meaning preventoin and control measures are necessary continent-wide.

In this study, the authors chose Nigeria, where the levels of Brucella in livestock have been monitored for over a century. The pathogen made irregular introductions into the community until a massive outbreak in the 1970s occurred. This led the country to implement a control program. While it worked quite well, the program was defunded in the following decade. Considering the varied nature of farming in the country, which ranges from nomadic pastoral systems to Western-styled intensive practices, the potential for the infection to make a comeback was high. The only question was whether this would be isolated in nature or nationwide.

The authors went back as far as the literature could take them to learn more about the various outbreaks occurring over time. Initially, they believed there would be a discrepancy between the farming choices yet what they found was disconcerting. In the 1960s, there was little to no sign of a problem. But as the years went on, into the 1970s and beyond, Brucella became ubiquitously present. In a recent analysis, prevalence numbers were developed with pastoral practices demonstrating the highest prevalence of 45.1% and intensive farming having 15.9%. Even more problematic was the concern the numbers could grow as a result of a shift from smaller farms to larger ones. The bacteria would inevitably enter a larger herd and lead to even greater infections and losses.

The greatest worry found, however, was not the incidence of the bacterium but the potential for its spread through trade. As more isolated and nomadic communities enter into the larger markets, they could inadvertently harm the relationship by passing on contaminated products including meat and dairy. As a result, Nigeria could suffer even greater problems due to the inability to control its own food safety. This in turn would lead to reduced food security as safe choices would become limited. The authors suggested the only option moving forward would be to have improved study of disease dynamics and a more robust control practice for all farmers.

While this one example may not appear to relate to the situation in the United States and other developed regions, the recent introduction and re-emergence of certain pathogens reveal no country, regardless of its economic wealth, is immune. Just in the last year alone, one particular pathogen, porcine epidemic diarrhea virus (PEDv) has led to the loss of millions of pigs in the United States and a potential [1.8 billion](http://ageconsearch.umn.edu/bitstream/174517/2/14-4.Updated/ Estimated Economic Welfare Impacts of PEDV.pdf) dollar loss to the American economy annually. In other areas of the world, the foot and mouth disease virus (FMDV) continues to threaten several regions around the world to the tune of 0.2-0.6% of their gross domestic product (GDP).

Granted, these losses may not threaten a nation’s overall economy but if left unchecked could put food safety and security in the spotlight. As the authors of the Nigerian study suggested, there are two main lessons to be learned. Agriculture needs to be prudent in keeping farms free from pathogens and ensure there is appropriate surveillance. In addition, individual farming practices need to be designed such that they are stable not only economically but also microbiologically.