Last week, at the Institute of Scrap Recycling Industries convention in Las Vegas, Hillary Clinton gave the closing keynote to... 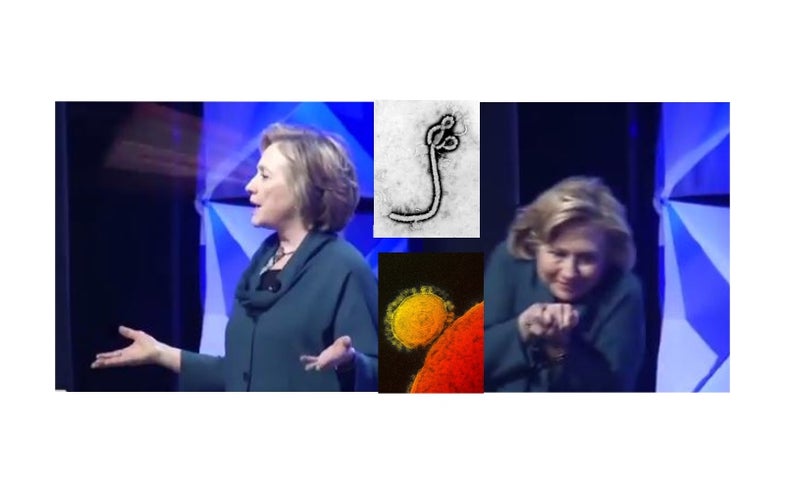 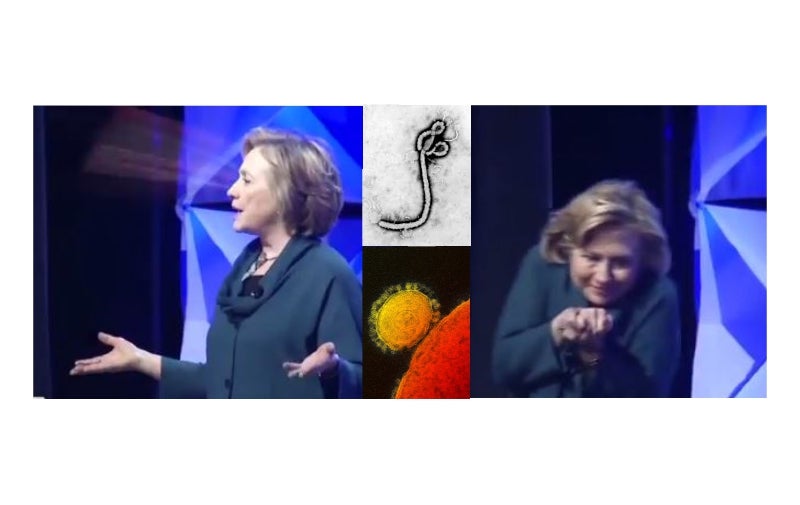 Last week, at the Institute of Scrap Recycling Industries convention in Las Vegas, Hillary Clinton gave the closing keynote to foment the forces and foster a footing for the future. However, in the midst of her speech, a freak moment fazed the former Secretary of State leaving her and her fans floundering for answers. From out of left field – actually it was right – a shoe flew by the former First Lady leading security to flank the flinger and take her away amidst a flurry of confusion.

The incident was featured worldwide with an air of folly yet many officials were flustered to find a reason for the flagrant albeit failed assault. For a faction of public health professionals however, this event is all too familiar though the culprit is usually not footwear, but a pair of pathogenic foes: Ebola and the Middle East Respiratory Syndrome Virus (MERS).

Over the last few years, both viruses have caused consternation and concern thanks to outbreaks that have killed hundreds of people. Biologically speaking, both are highly infectious and can be fatal. Unfortunately, much like Hillary’s reaction to the shoe, which happened after it had already flown its arc; the response to these and other microbial menaces is limited to a “wait and see” approach. Only after an infection has been triggered can anything be done. Sadly, by that time, deaths will have inevitably occurred.

The reason for this frustrating situation stems from the inability to identify credible sources for these shoe-analogized viruses. In Las Vegas, the source of the shoe was a woman named Alison Ernst; she was easy to find though she tried to escape. Locating the source of microbial outbreaks, however, has been an exercise in futility. Both are considered to be spread in animals and eventually transmitted to humans – a process known as zoonosis – either through close contact or ingestion of foods and liquids contaminated by bodily fluids. However, while this may be accepted, determining which animals are to blame is a much more difficult task.

In the case of Ebola, contact with primates, particularly those killed for bush meat appears to be a solid possibility. However, in the most recent outbreak in Guinea, Liberia, Mali and Sierra Leone, which are located in West Africa, the culprit is a species of the virus usually found in the Zaire, some 2,500 miles away. As apes are not known for extended travel, this route appears to be unlikely. As for MERS, camels have been identified as a potential vector and may have led to disease in two people. However, the data was not conclusive, leaving the question open and a solid vector unestablished.

There is one other animal known to cause zoonosis that may eventually provide us with the Ernst of the problem. It’s globally distributed and known to be a pest to humans in almost every environment. To epitomize its vilification, it was Clinton’s initial speculation of the source of the flying object.

Although Hillary was incorrect in her initial assessment, in the context of these viral infections, she may have hit the nail on the head. Bats are known to be excellent vectors of human disease including Ebola and MERS. They are also known to travel great distances and have the ability to harbor the virus without succumbing to any form of infection. In the context of Ebola, bats in the West African country of Ghana have been shown to have the Zaire species. In essence, they are the prime suspect for the most recent outbreak. As for MERS, the jury is still out but these winged mammals are prime suspects.

Even if bats are confirmed as the source, this only leads to a much larger problem regarding prevention. There are only a few options, both of which are practically infeasible. The first is to eliminate human contact with bats but that would be akin to keeping Clinton away from the public. This would never work, especially if she decides to run again for office. Minimizing contact is possible but can never be enforced. The other option is to find a way to keep bats from the viruses. This too is a logistic impossibility. Imagine asking every person who is attending a Hillary event to remove their shoes prior to entry into the venue. In essence, there are no viable options other than to hope contacts between bats and humans are minimized and any thrown shoes miss their target.

Thankfully, in both cases of shoe-hurling and Ebola/MERS infection, they are relatively infrequent. However, as long as the risk remains present, public health officials must continue to be on the front lines and forgo their fears to face the threats head on. In that regard, much like the continued devotion to Hillary Clinton, we should equally honor groups such as the World Health Organization, the CDC, Médecins Sans Frontières/Doctors Without Borders, and Samaritan’s Purse for acting presidentially in keeping us safe. While we may never be able to avoid the shoe of infection, we at least know there will be someone there to abate the damage.