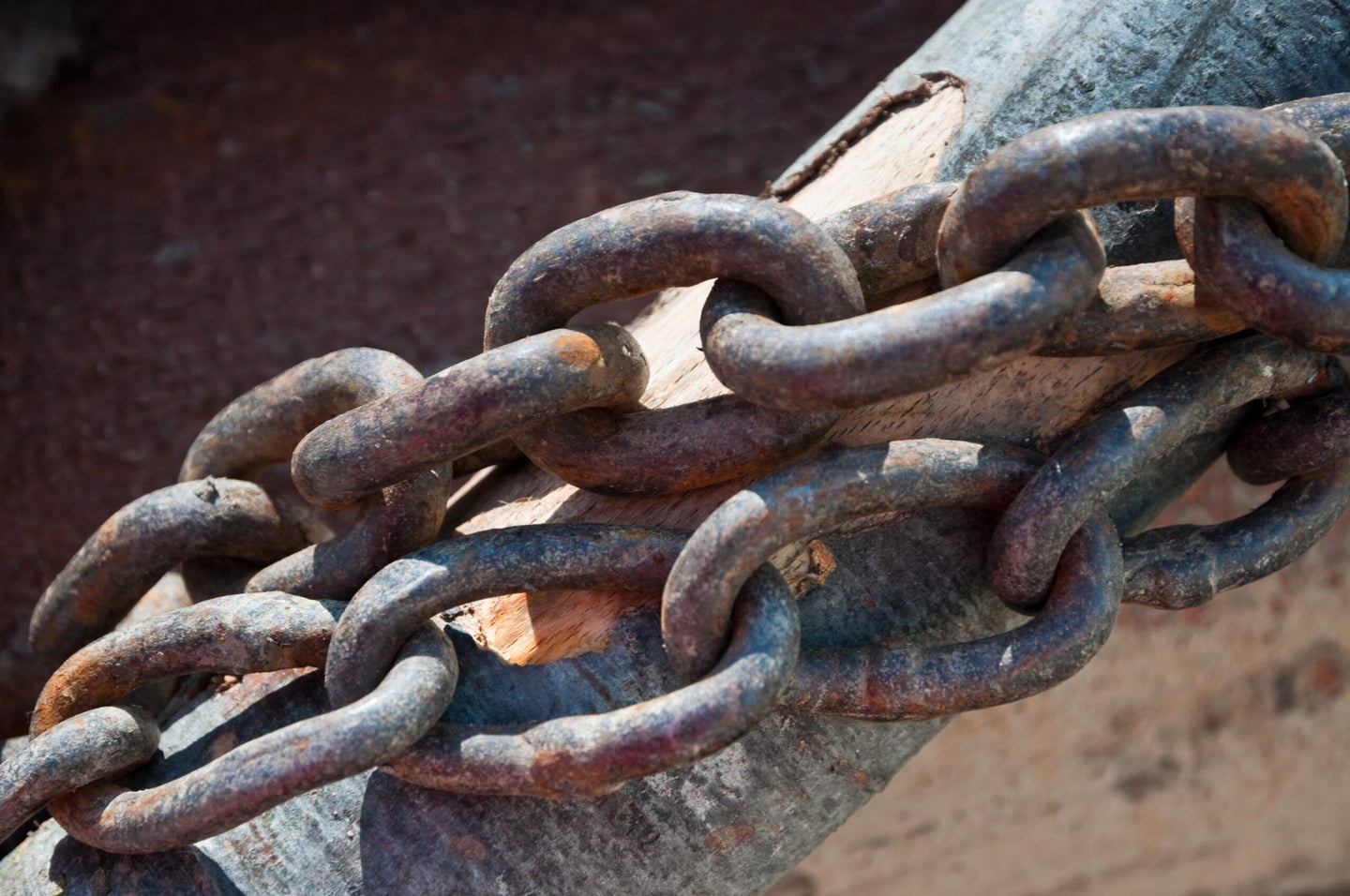 Close-up of several rusty metallic chain links wrapped around a wood log with the bark partially wearing off.
SHARE

Earlier this month, the Centers for Disease Control and Prevention had to shut down several labs after a series of snafus that included a misplaced vial of smallpox in a freezer, an anthrax scare, and a benign flu sample that was accidentally contaminated with the virulent H5N1 bird flu strain. There’s a lot to read up on here, so check out Slate’s coverage on poxes, Wired’s series, and this NPR interview with CDC director Tom Frieden.

The CDC’s troubles come at a bad time for gain-of-function flu researchers. Here’s Helen Branswell on the subject at Scientific American.

Meanwhile, chikungunya continues working its way into the US

The Ebola outbreak continues in West Africa. A doctor who has been treating patients has come down with the virus himself, according to NPR. NatGeo has a story on why the virus will likely come to the US, but won’t widely spread. And here is a fascinating BBC profile on the guy who first discovered Ebola in the 1970s.

Pacific Standard has an interesting longread on Hungary’s battle with polio during the Cold War.

And members of a Brazilian tribe that had previously had no contact with the outside world have contracted influenza.

Yet another study shows there is no link between MMR vaccines and autism. TIME has the story.

Cassie Willyard has a fascinating story on the Lyme Disease vaccine (aka the “yuppie vaccine”) at Nature Medicine.

We may soon have a vaccine for dengue, explains Pacific Standard.

And Keith Kloor has a disturbing profile on Robert F. Kennedy Jr. the Washington Post Magazine, which describes Kennedy’s crusade against vaccines (Slate thought Kloor was too easy on Kennedy)

According to NPR, more people are using last-resort antibiotics—the broad-spectrum drugs used when other antibiotics fail—which may drive bacterial resistance and leave some infections with no treatment options.

And LiveScience has a story on a recent CDC report that suggests doctors incorrectly prescribed antibiotics for influenza patients during the 2013 flu season (docs also overprescribed antiviral meds).

Scientific American has a story on the new GMO bananas, and NPR describes tests on the bananas scheduled in Iowa.

Businessweek has an interesting profile on Monsanto, one of the world’s biggest GMO companies. Fun fact: Monsanto is currently more hated than Halliburton.

There’s a legal battle on GMO corn underway in Mexico. Nature News has the story.

A new study suggests neonicotinoids are causing bird declines, and National Geographic and Wired have good descriptions of the work.

Herbicide-resistant palmer amaranth may be taking over southern and Midwestern farms, but Grist has an interesting suggestion for control: let’s eat it.

And finally, io9 tells us why Hawaii’s GMO battles might be a glimpse of the future of food wars on the mainland.

Invasive lizards in Florida are threatening local gators and turtles, according to Scientific American/Reuters.

Despite the frigid winter we had this year, emerald ash borers are still tearing up forests across the US. Here’s a great piece by Maggie Koerth-Baker on the topic.

A middle school student showed, alarmingly, that invasive lionfish survive in fresh(ish) water. But then a scientist came forward accusing her of academic plagiarism. NPR puts the controversy in context.

Kudzu, a common invasive plant in the southern US, causes soil to release more carbon dioxide into the atmosphere, according to a new study described at the Conversation.

New Zealand is trying to control invasive stoats and rats, according to the BBC.

And customs agents at LAX intercepted and killed dozens of giant invasive snails, which, had they escaped, would have posed a threat to local plants and agriculture.

Nature News has a great feature on the ways scientists are trying to locate malaria-carrying mosquitoes during the dry season.

Speaking of mosquitoes, here’s more on those GMO-mozzies down in Brazil, designed to combat dengue. And here is a piece from Carl Zimmer’s Matter column on a relatively new mosquito control technique called CRISPR (to learn more about CRISPR, which has a wide range of medical and agricultural applications, here’s a good overview from NOVA Next).

If you’re in the mood to be terrified, here’s a longread at Buzzfeed by Peter Smith on brain-eating amoebas.

And finally, I love love love these old-timey portraits of parasites (including a bed bug!) at Smithsonian.