Earlier today, the 63rd Annual Meeting of the American Society of Tropical Medicine and Hygiene had an Ebola briefing, intending... 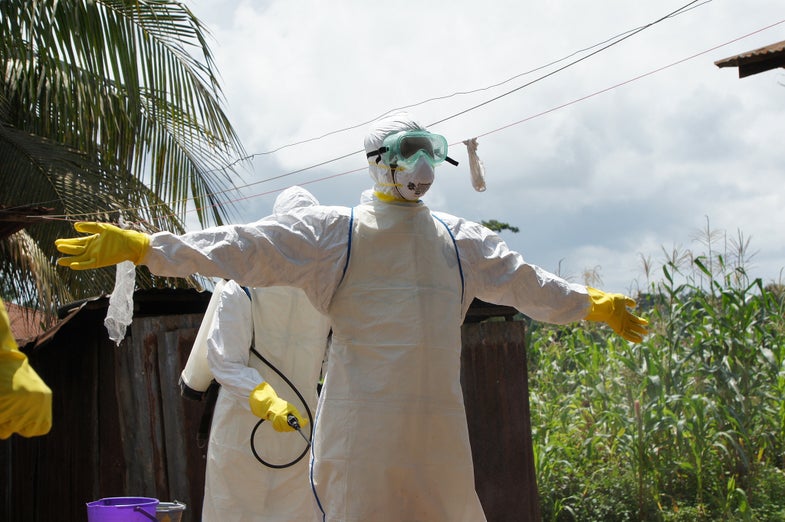 Earlier today, the 63rd Annual Meeting of the American Society of Tropical Medicine and Hygiene had an Ebola briefing, intending to cover the status of vaccines and treatments as well as the difficulties faced by health workers in West Africa and general safety issues.

I was expecting the call to mainly focus on the vaccines and treatments, particularly because the seven-person panel included two representatives from the Food and Drug Administration as well as one from the drug company GlaxoSmithKline, which is working on an Ebola vaccine candidate. The session did indeed cover these and many other subjects, but I was struck by the time spent on one topic in particular: many Ebola experts were, unfortunately, missing from the annual meeting.

Last week, the state of Louisiana asked the ASTMH to contact members who had either traveled to countries with ongoing Ebola outbreaks within the past 21 days—the virus’s maximum incubation time—or who were still in those countries. The request wasn’t enforced legally, and so wasn’t a true ban, but it was a strong suggestion. Strong enough, in fact, that during the call today, the president of ASTMH, Alan Magill, disclosed that 30 experts had canceled their travel plans because of it.

There are plenty of people who want mandatory quarantines for Ebola health workers, even in the absence of symptoms. They’re wrong. Take these 30 Ebola experts as an example. This annual meeting is a chance for experts to come together and discuss their research face-to-face, an opportunity that doesn’t come up very often. As Magill said during today’s briefing: “This society is the home to most of the world’s professionals in these diseases, like Ebola, and our annual meeting, here this year in New Orleans, is our forum for exchange of information and learning from each other.”

Magill added that, because of the unprecedented Ebola crisis, ASTMH changed the meeting schedule to accommodate for exchanges regarding the virus.

The banned experts are people at the outbreaks frontlines—where, ultimately, the battle against the virus’s spread will be either lost or won—and they could have brought invaluable knowledge to such a gathering. Sure, they can follow along remotely on Twitter or check video and audio recordings of the sessions after the fact. But anyone who has been to a professional meeting—and not just scientific or health-related meetings, but any old conference—knows that some of the most fruitful interactions don’t happen during the sessions. They happen during chance encounters in the hallways in between the talks and panels, or during planned or spontaneous social events.

Blanket travel bans on West Africa, such as those recently enacted by Australia and Canada, will not help the situation, either, nor will quarantines on healthcare workers returning home to the US. These actions only serve to cut West Africa off from resources that will be necessary to help stop the outbreak and prevent it from having an even broader negative impact on the rest of the world.

For more, check out my Storify piece, which rounds up the Twitter conversation during today’s panel: