Certain insects have been bothering us since the dawn of humanity by eating our food, eating us, and spreading disease.... 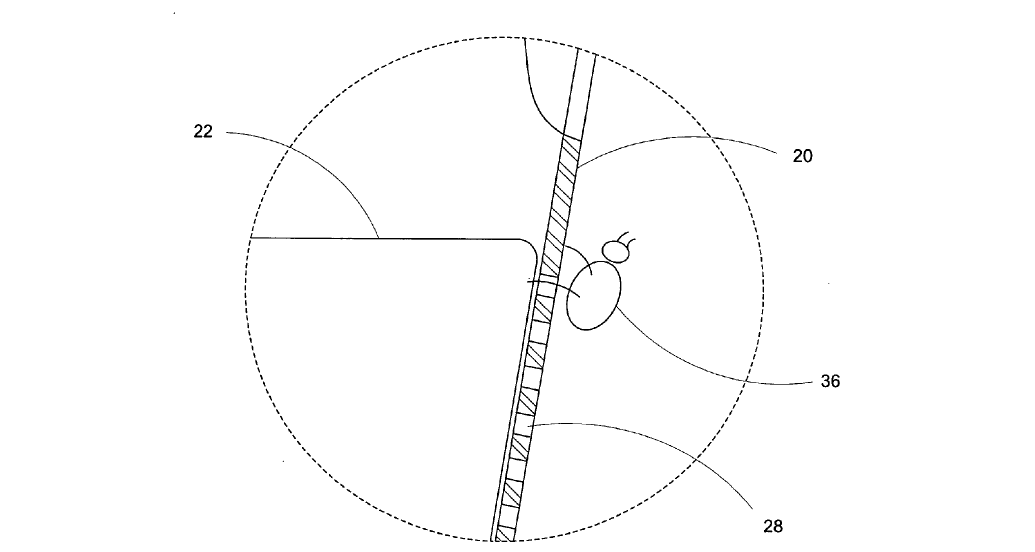 US 2012/0324781 is bed bug trap that lures the insects in using a live warm-blooded animal. Just in case you were looking for a bed bug trap AND a new pet. Once the insects reach the trap they are killed by "cutting their legs off with a rotating cutter blade." Simple. I like it.
SHARE

Certain insects have been bothering us since the dawn of humanity by eating our food, eating us, and spreading disease. We’ve tried to fight them with everything from hand slaps to campfire smoke to chemicals, our methods increasingly sophisticated as we mastered new technologies.

But one approach that has always delighted me is the insect trap. With unfathomable numbers of insects buzzing and crawling around, it’s pretty optimistic to think we can trap enough to have any great impact. Still, we’ve tried and tried, starting at least in the 1600s and probably much earlier. By 1920 in the US, we were trying so often that the Patent and Trademark Office created a special classification for traps.

Some of these traps were for larger animals, from fish to rats, but the class also had a subgroup for insects. This was further broken into thirteen subcategories including furniture, mechanically-operated, electrocuting, adhesive, illuminated, garbage can, and bed bugs, the only species that warranted its own category.

Of course, some traps can be useful, luring in disease-spreading bloodsuckers or other pests so we know they’re there to begin with. Traps can also be helpful for research or agriculture to get a sample of which insects live where. And poisonous baits have helped pest controllers with roach infestations for decades.

Other traps, however, are strange or just silly. Check out the above gallery for examples, as well as some of the earliest patented bed bug and roach traps, which date to the 1800s (my absolute favorite is #5 in the gallery).

Do any readers also love reading old patents about insect traps? Add your personal favorites in the comments.