Why Is the Baby Crying? A Device Won’t Let You Know

Wouldn’t it be nice if there were a machine that could translate baby cries into words – hey, you dupes... 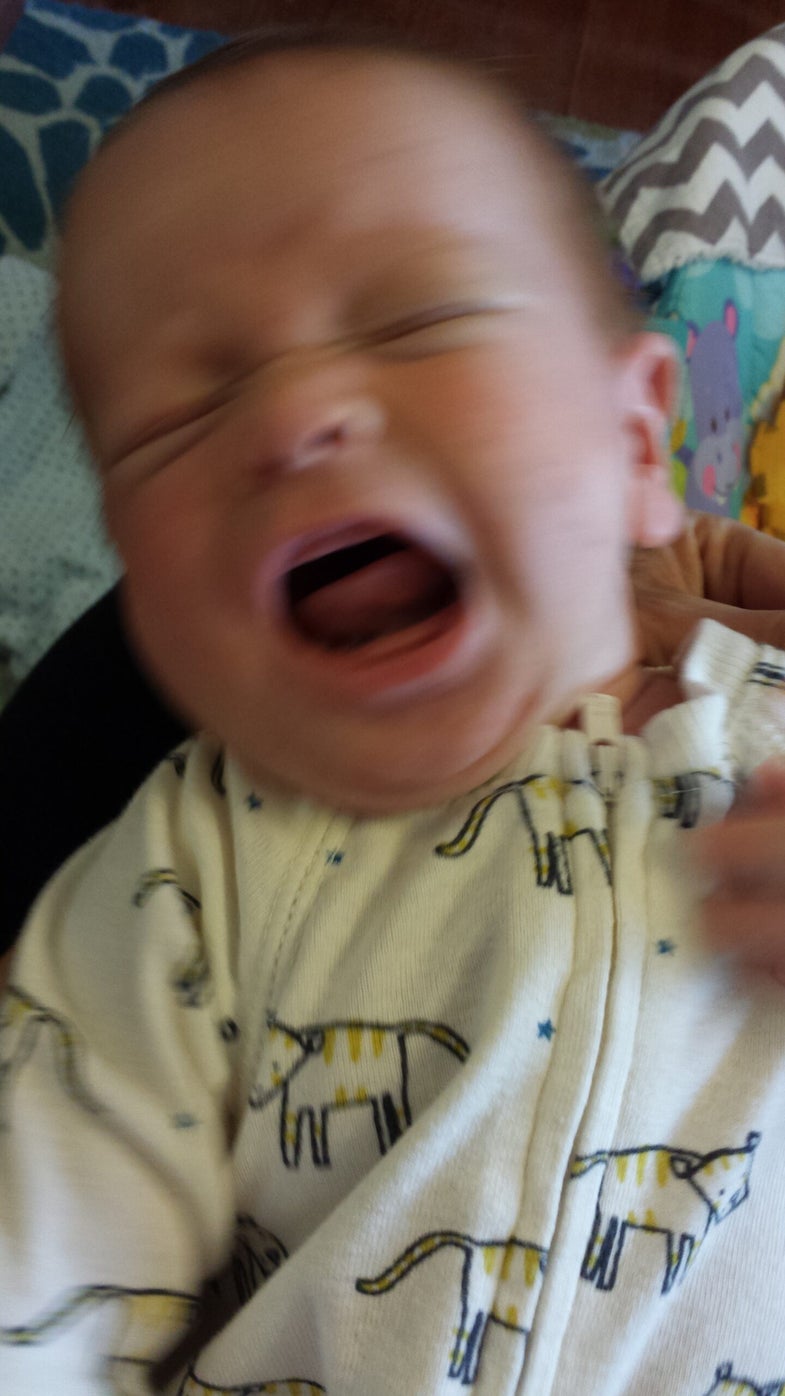 Wouldn’t it be nice if there were a machine that could translate baby cries into words – hey, you dupes – it’s my diaper that’s the problem right now! Or this bath water is super-cold, yo! Parents around the world would have the opportunity to peer into the minds of their kidlings.

Research has been done to analyze baby cries, but for a different purpose – trying to identify developmental problems early. Back in the 1950s and 60s, a group of Finnish and Swedish scientists started looking at a disorder called Cri du chat syndrome. Cri du chat (cry of the cat) is caused by a genetic anomaly similar to Down syndrome, and affects about 1 in 50,000 babies. Babies who have it have a kitten-like, high-pitched cry. While the Cri du chat is unmistakable even without sensitive machinery, researchers began to wonder whether subtle differences in cry could also be indicators of a child’s health.

In early work, researcher created spectrograms of the cries – visual readouts that look like musical scores showing sounds’ rise and fall. Research technicians then read and coded each spectrogram by hand. Later systems automated the process somewhat, but the research was still laborious.

Now, digital technology is creating new possibilities to identify and classify cries. Lester and colleagues spent two years working on a tool that extracts cries’ information from digital audio files. The tech will be distributed to anyone who wants to analyze cries, looking for signatures of developmental disorders like autism spectrum disorder or premature babies who may later have developmental problems (about half of preemies are developmentally delayed, and half aren’t – and early diagnosis could help those who need it).

The researchers hope that the analyzer, when used by lots of researchers, will be able to help screen infants for various developmental disorders or identify babies at risk in developing countries where other screening tools may not be available. The study authors write:

But what about the holy grail for frustrated parents: those cry analyzers available on Amazon or online? “They are, in a word: garbage,” says Lester, who says he has been approached by companies looking to put his seal of approval on products.

The reason is that hunger cries, boredom cries, and the like are so alike that technology can’t tease them apart – and that they are often individual to each situation. There is one type of cry that can be identified easily – the pain cry. “With pain cries, babies tend to hold their breath beforehand, and it’s a high-pitched cry,” says Lester.

But then again, most parents already know this.

The tool will be available soon at www.lems.brown.edu/array/download.htm