Talking To Babies In Their Own Language

Here’s an experiment you may have seen in real life: take a college-educated professional and put them in front of... 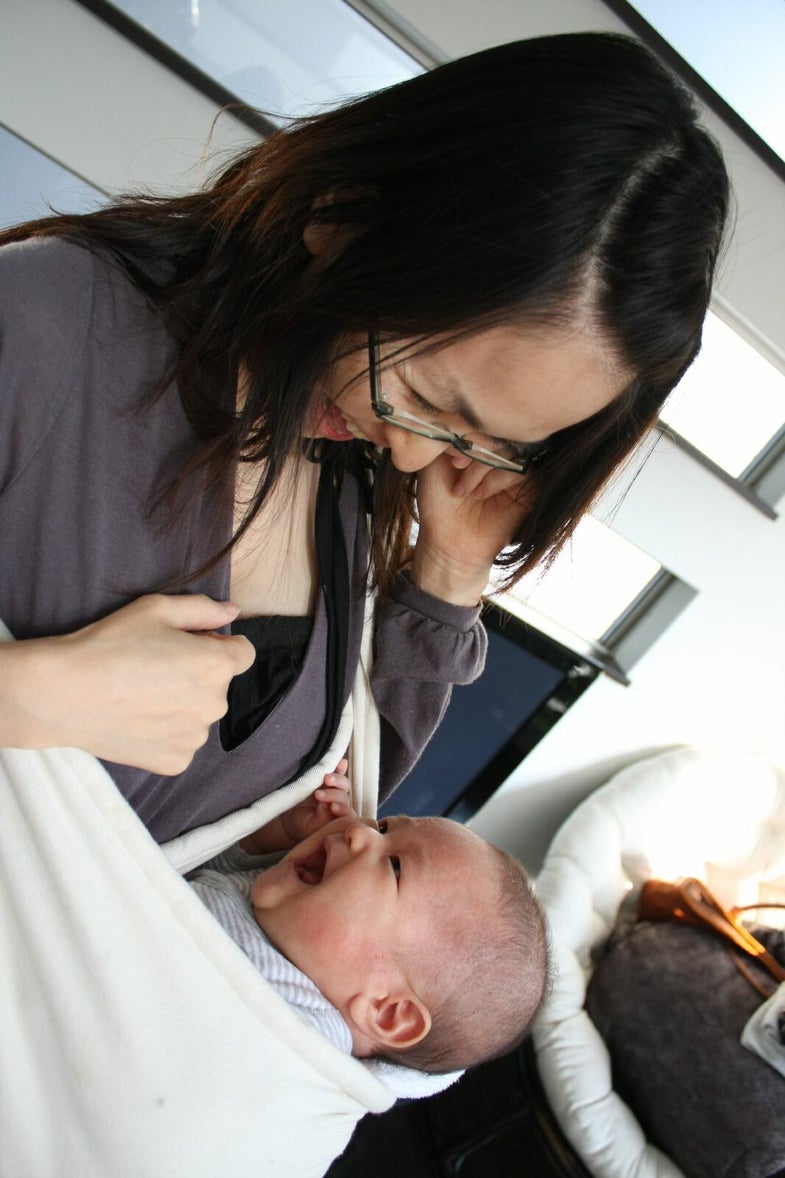 Here’s an experiment you may have seen in real life: take a college-educated professional and put them in front of a cooing baby. All of a sudden, their erudite language turns to mush as they try to communicate with an infant.

Infant-directed speech, also known as motherese (or parentese for gender neutrality), exists in nearly all cultures around the world. It’s the same type of speech people use towards their pets. Motherese is slower, higher-pitched and has a varying inflection pattern – think of Hiiiii baaaaaabyyyyyy, doyouwanna find your widdo toesie-woesies?

Although motherese has been shown to help babies learn parts of language, most researchers believed it hurt their vocabulary development in the long run. When a parent said “Look at the moo” instead of “look at the cow,” did the child learn the word for cow?

Christina Royster, then a graduate student at the University of Maryland, decided to take a closer look. She set up 30 infants (at 7 months, 10 months, and 11 months of age) to play in a lab with their parents while they were audiotaped and videotaped. The parents didn’t know the research questions; they were just asked to interact and play. When the kids reached 2 years old, the researchers tested their vocabularies.

The results surprised the researchers: babies of parents who used more sound effects and motherese actually had better vocabularies when they were 2. The effects were the strongest when moms used sound effects around the 10 and 11-month babies. The researchers presented their results in a poster at the American Speech and Hearing Association meeting.

Royster says they explained the high use of sounds instead of words (like choo choo in the place of train) probably was a way for the parents to grab the babies’ attention. The babies were still hearing the real words for things, in addition to the sound effects.

“I would encourage using motherese,” says Royster, now a speech pathologist in the school system. “It’s natural, and mothers have been using it forever.” She adds that babytalk been shown to have effect because it gets the attention of the kids.

Other studies show that infants prefer happy talk and also directs kids to their language partners: they focus on the person who is talking to them in lilting tones. “Motherse helps kids because we know that play is an important part of language development,” says Royster. “Motherese strikes that perfect balance between making it simple and giving a lot of input.”