Bats Confuse Wind Turbines With Trees And Fly Toward Death

At night, things are not always what they seem. When your eyes are adapted for the dark, you rely on... 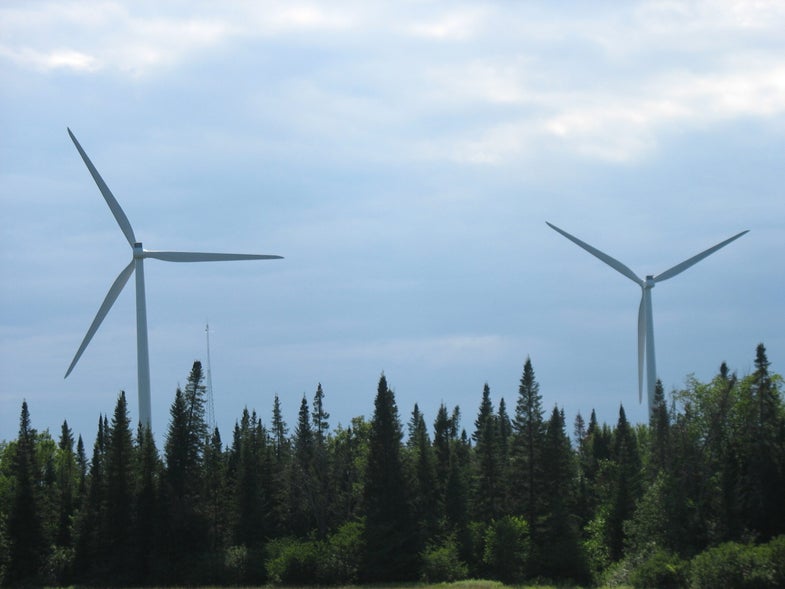 At night, things are not always what they seem.

When your eyes are adapted for the dark, you rely on other cues to tell you where you’re going and what’s in front of you — like winds, sounds and tall objects. Sometimes, your senses might be wrong. That towering thing in a forest might be not a tall tree, but a wind turbine. If you’re a bat, it could spell your doom.

Tens of thousands of bats, maybe even hundreds of thousands, die by the blades of wind turbines every year. Sometimes they literally get whacked, and sometimes they die from decompression, their lungs collapsing in the violent pressure changes around a spinning turbine. If scientists could figure out a way to turn bats away, they might save more bats — which would be good for agriculture and the rest of us, because bats eat insect pests.

Paul Cryan of the U.S. Geological Survey took thermal surveillance cameras to some wind turbines in Indiana, aiming to figure out what attracts tree-roosting bats to wind turbines in low-wind conditions. Using radar, acoustic detectors and near-infrared video, he monitored bats for several months and watched them show up during periods of low wind.

Check out this video below, which shows a spinning turbine and a tiny speck — a bat — winging around it at 3 a.m.

According to radar, birds were flying in the same areas as the bats on these nights, but they flew above the turbines and didn’t get as close as the bats. Bats flew right up to the turbine poles, machinery boxes and stationary or slow-moving blades. It turns out they’re confusing wind turbines with their natural hideaways.

Cryan and his colleagues were surprised to learn that bats came toward wind turbines from the downwind side when the wind was blowing. They also showed up more often during bright, moonlit nights. As winds picked up but blades were prevented from spinning faster, even more bats came. When turbine blades were allowed to spin normally in high winds, the bats stayed away.

The study authors say bats might follow the airflow paths around tall, tree-like things, but they can’t tell the difference between the real thing and a manmade power structure. Air currents around turbines mimic the air currents around tall trees whose downwind sides might harbor clouds of insects, or just provide some nice wind-blocking shelter for the bats. 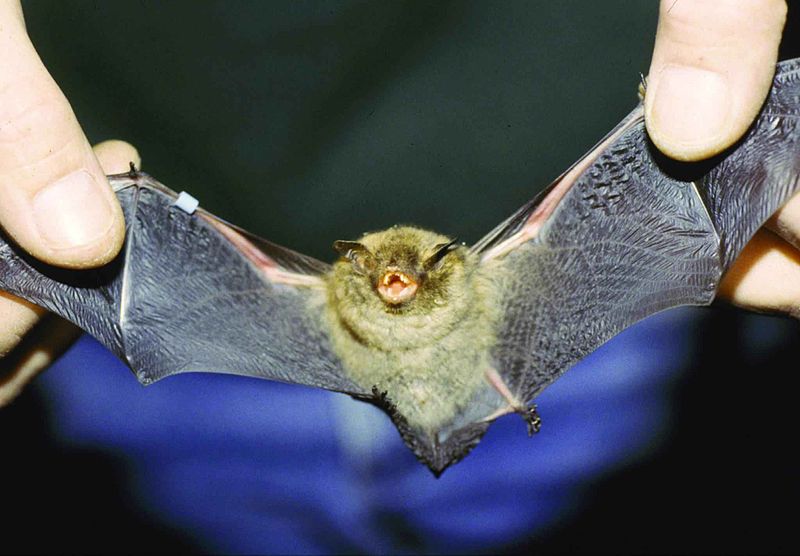 The endangered Indiana bat likes to roost in trees in hardwood and pine forests.

“The way bats approach turbines suggests they follow air currents, and use their dim-adapted vision to find and closely investigate tall things shaped like trees,” says Marcos Gorresen, a coauthor of the study and a scientist at the University of Hawaii at Hilo. “We see these behaviors less often on darker nights and when fast-moving turbine blades are creating chaotic downwind turbulence. This may be because bats are less likely to mistake turbines for trees and approach them in those conditions.”

These findings could actually mean some good news for bats. If they like to show up on the downwind side, wind farms could install deterrents on that side, which might be more likely to shoo them away. And wind farm managers could stop turbines from spinning in sporadic winds.

Right now, wind farm managers trying to help bats will turn up the threshold at which wind turbine blades start spinning — in slow winds, they stay put. Knowing that bats like to congregate near turbines when it’s not too windy, managers could keep the turbines off in a sudden gust, says Cris Hein of Bat Conservation International.

Wind energy is a promising source of renewable power, and no one wants to turn off all the turbines. But understanding how bats see them and interact with them will help us keep the animals safe, too.