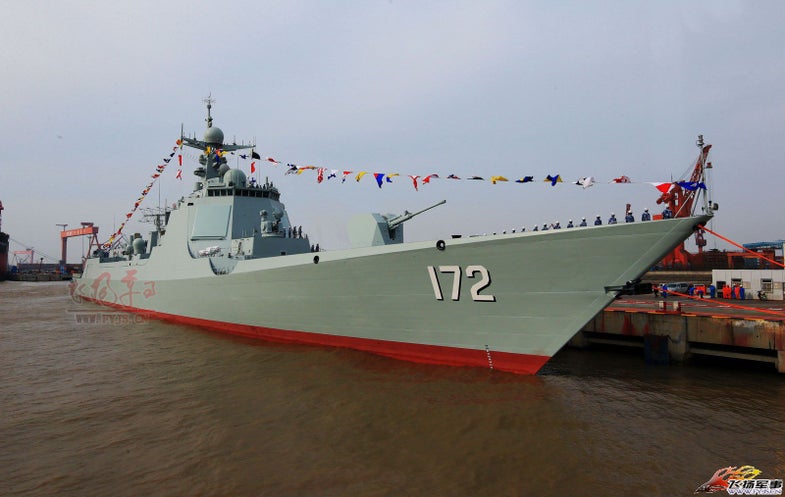 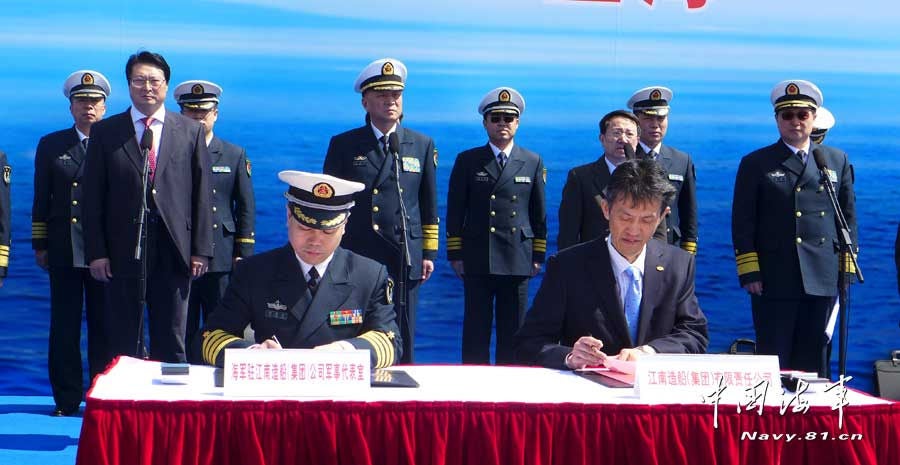 Admiral Wu, the PLAN Commander in Chief, presides over the Kunming’s commissioning. The Kunming is the first of the 052D destroyer class, China’s most powerful surface warship.

On March 21, the People’s Liberation Army Navy (PLAN) took delivery of Type 052D, hull number 172, guided missile destroyer Kunming, six months after its launch. No other than PLAN commander in chief Wu Shengli was the commissioning’s guest of honor. As the first of the 12 ship 052D class, the Kunming has more and better weapons and sensors than its predecessors, including; 64 universal vertical launch system (VLS) that can hold long range surface to air missiles (SAM), land attack cruise missiles and anti-submarine missiles, a long range 130mm cannon and Type 346A radars (which are 33-50% larger than the US’s SPY-1 Aegis radar). The Kunming will likely protect carriers like the Liaoning from air, missile and submarine attacks.