Recent photos have emerged showing what appears to be the fourth prototype of China’s “fifth generation” stealth fighter, the Chengdu... 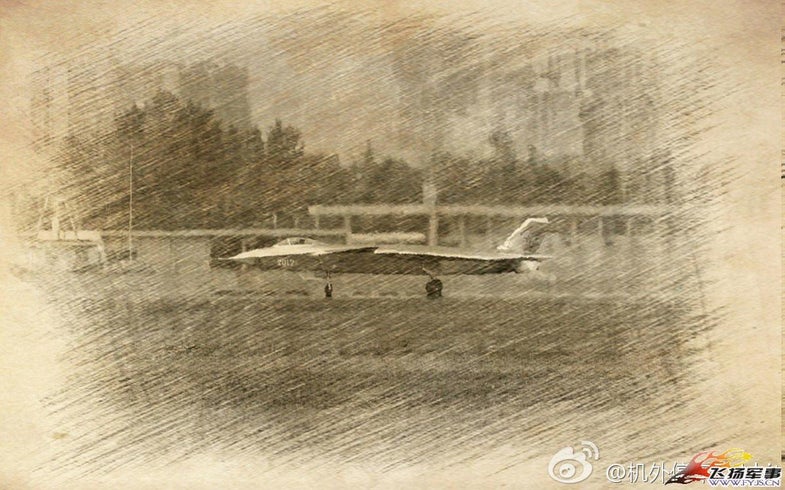 The fourth prototype J-20 fifth generation fighter is seen here, numbered "2012", in Chengdu, Sichuan Province. The photo has been altered with a Sepia filter, in order to reduce details that would otherwise attract official scrutiny on disseminating photos of Chinese defense technology. www.fjys.cn
SHARE

Recent photos have emerged showing what appears to be the fourth prototype of China’s “fifth generation” stealth fighter, the Chengdu Aviation Corporation’s J-20. Of course, the first thing one notices about these photos is that they appear to have the sepia tone of antique photos, giving China’s 21st century fighter jet a decidedly 19th century feel. This doesn’t mean that Chinese military jet designers are necessarily hipsters though; Instagrams and other photo manipulation apps are the latest in a long line of survival mechanisms used to allow the filtering of Chinese military photography onto the Internet. Adding sepia tones and whimsical shading to photos is certainly a step up from previous Chinese military enthusiast techniques of rough pencil sketches and Photoshopped blurred-out backgrounds. Chinese Internet censors are certainly aware of these “de-enhancement” methods, though they tolerate them for the purposes of providing an open source window on PLA modernization to impress both domestic and foreign audiences. 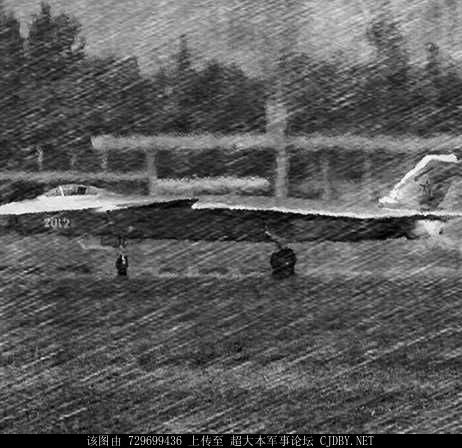 Another photo of the fourth J-20 flying prototype shows digital filtering effects to give it a more ‘artistic’ interpretation, as opposed to previous background blurring.

Y-20 First Look, past the Great Firewall of China

Chinese military enthusiasts have in the past resorted to rough computer generated imagery of sensitive military platforms, like this first prototype of the Y-20 heavy transport aircraft in December 2012 before its main flight. The CGI obscures enough details that it is tolerated by the Chinese authorities.

On a more militarily significant note, the plane depicted in the photo, numbered “2012,” is the fourth flying prototype of the J-20. It appears to be similar to the third prototype, “2011.” Compared to the first two J-20 prototypes, these newer versions carry a stealth optimized targeting and infrared search pod, as well as have redesigned engine inlets and stealthier wings.