A group of Chinese companies has developed a powerful anti-drone laser for use in urban areas. The consortium is lead... 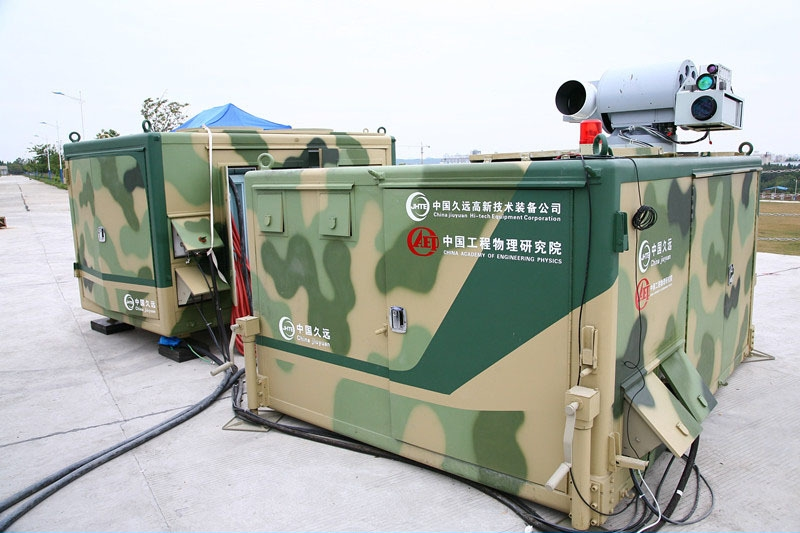 A group of Chinese companies has developed a powerful anti-drone laser for use in urban areas. The consortium is lead by the China Academy of Engineering Physics and collaborators like China Jiuyuan Hi-Tech Equipment Corporation. In the next few years, mini-UAVs like quadcopters and hand launched drones will proliferate to hobbyists, activists, journalists, businesses, and quite likely, terrorists as well. Counterterrorist agencies from Washington to London, Moscow to Jakarta, are worrying about the ability of terrorists to use mini-UAVs to scout out attacks, or act as impropmtu bombers. 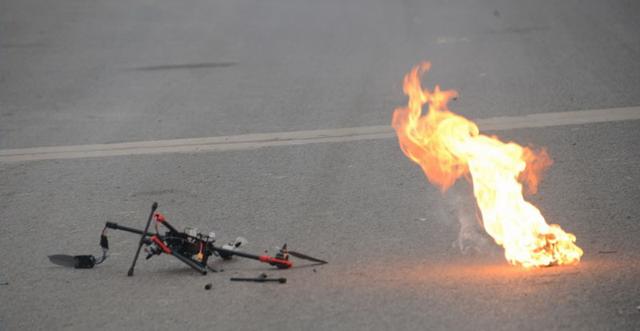 China’s new laser turret has been successful, including having a 100% hit rate on 30 drones, like this unfortunate quadcopter, in one test. The laser turret is small enough to be portable on the back of a small truck or Humvee.

According to its developers, the 10 kilowatt (coincidentally the same output as the initial laser on Lockheed Martin’s HEL MD truck) laser can destroy drones flying at speeds of 180km, at ranges of 2km and a 50 meter altitude. The laser relies on electro-optical sensors for targeting; it takes about five seconds to compute a firing solution. These specifications match the needs in the target market of urban law enforcement and military operators. 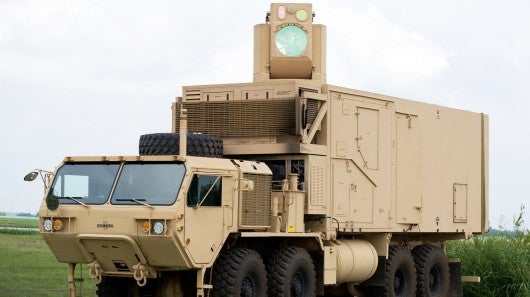 The U.S. Army is testing the High Energy Laser Mobile Demonstrator (HEL MD), built by Boeing, Lockheed Martin and Rheinmetall, which has already shoot down 150 mortar shells and small UAVs during two tests. Like the Chinese anti-drone laser, the HEL MD currently uses a 10kW laser, though both systems have plans to upgrade to more powerful lasers in the near future.

Beijing Airport probably wished they had this laser in December 2013, when a mapping drone flying near airplane flight paths mobilized 1,200 troops, two fighter and two helicopters to arrest the drone’s three rogue operators. According to Yi Jingsong, a Jiuyuan employee, snipers and drones are less than optimal solutions for dealing with small drones due to operator mistakes, but the anti-drone laser has a perfect record of shooting down over 30 drones in a single test run. Compared to missiles and anti-air cannons, the laser has a far lower likelihood of causing collateral damage and injury to nearby civilians. The anti-drone laser is light enough to either be installed to protect a fixed position like a stadium or government building, as well as to be mounted on trucks. 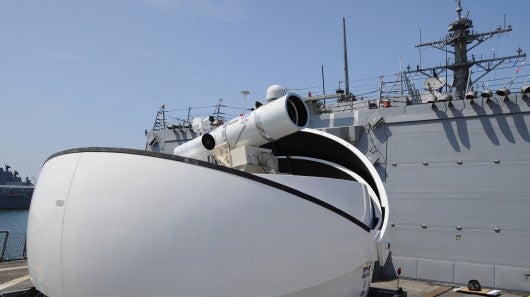 The USN is currently fielding the Laser Weapons System (LaWS), a 15-50kW laser on board the USS Ponce, an American special operations warship. The LaWS, which is larger than the Chinese anti-drone laser, is powerful enough to destroy small boats, drones and missiles, at the cost of less than $1.00 per shot, using the targeting system of the Phalanx cannon.

Mr. Yi admitted that the Academy and Jiuyuan Corporation are planning to build bigger, farther reaching lasers. For comparison, the U.S. Navy’s tested its Laser Weapons System (LaWS), which can kill small boats and drones with its 33kW laser, this summer in Persian Gulf. If relative defense newcomers the Academy are pitching destructive lasers at Zhuhai 2014, it wouldn’t be too farfetched to see Chinese fighters and warships with friggin laser beams in 2020.