The Other Big C

_Update: Sorry about the RSS issues. My blog uses a wider format to better suit the comic content. The downside... 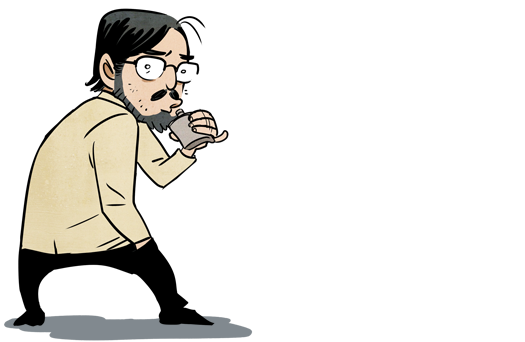 _Update: Sorry about the RSS issues. My blog uses a wider format to better suit the comic content. The downside is that the sidebar gets chopped off as a result. I’ll see about coming up with some creative compromises, but in the meantime you can find an RSS button under the “About Boxplot” section in the blog view. In the meantime: _ 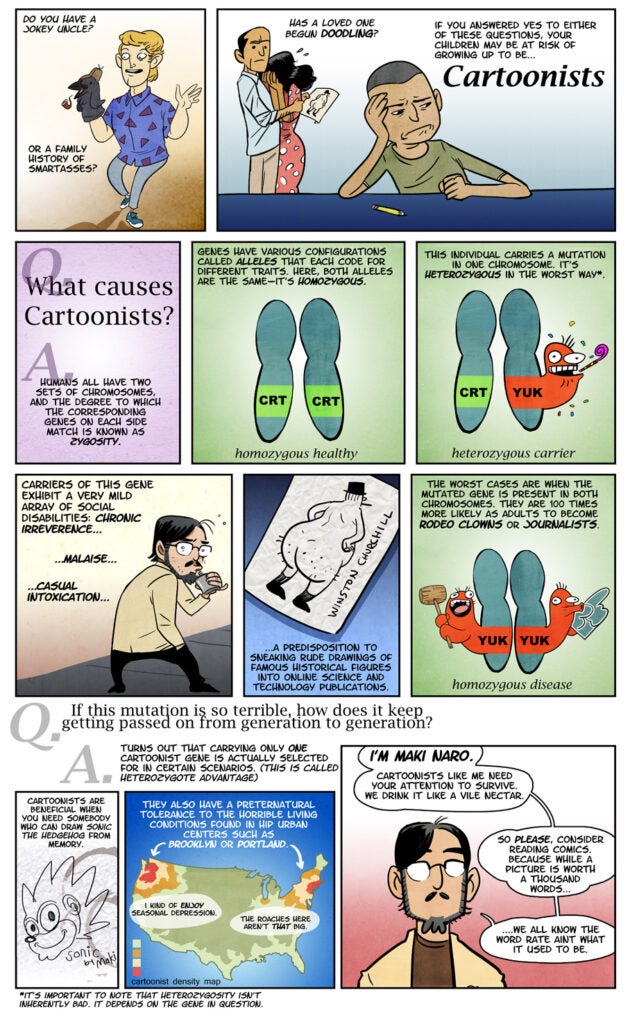 The Other Big C

Hello world. Sit down and grab a drink. You’re in a weird place.

This is Boxplot, a visual exploration of science through the medium of graphic narrative. If you feel a rising sense of alarm creep up the back of your neck, just take a deep breath and think, “I’m reading comics on Popular Science.”

By now nearly all of you have read a comic about science. XKCD clippings outnumber The Far Side and Dilbert combined as refrigerator and cubicle decoration. PHD Comics is one of the few avenues academics can turn down for solace in their terrible lives, and_ Saturday Morning Breakfast Cereal_ is one of the most consistently funny webcomics period. You may have even read my comic (previously known as Sci-ənce) before. It was only a matter of time before a science comic popped up on the pages of a major online publication such as this one.

If you’re not familiar with my work, or science comics in general, that’s awesome. Because reaching people is my raison d’être. I just want to reach out and smush all your little faces. I might tell you about science while I do it. I might not. Because at its core, Boxplot is about taking the beauty and wonder of the universe around us and smearing it across a page until it registers in your brain as pictures. Think of it not as your guide, but as a fellow tourist. We’re going to get stuff wrong, but we’re also going to find the right answer and learn a thing or two.

So sit back, read some comics, laugh, cry, think, get angry, cry again, hug it out, and do it all over. We’re going to have fun.

So what’s with today’s comic? While cartoonists are wholly fictional, there is an analogy to be drawn here in the relationship between sickle cell anemia and malaria. In this case, a mutation in the gene that codes hemoglobin protein for red blood cells causes the body to produce rigid, crescent-shaped cells, rather than round ones. The misshapen blood cells cause blockages in the blood vessels which causes pain, fever, and even death.

Thankfully, sickle cell disease only manifests itself in people who carry the mutated gene in both chromosomes. Those with only one mutation lead normal lives, but are carriers of the sickle cell trait.

The fascinating thing is that while carrying one sickle cell gene causes little to no harmful effects, it confers a resistance to malaria, a deadly, mosquito-borne parasite that plagues* tropical climates. When the malaria parasite invades the red blood cells of a sickle cell carrier, the stress causes the cell to sickle, and at the same time marks the cell for destruction via the host’s immune system.

So while the mutation can be potentially deadly, carrying the gene is evolutionarily selected for in regions where malaria is common.

Special thanks to Nancy Parmalee, who let me pick her brain on this subject. She is a postdoctoral fellow at Albert Einstein College of Medicine.

_*_According to the World Health Organization, half the world’s population is vulnerable to malaria, with up to 289 million cases each year.