From a recent study from the University of Rochester and Clarkson University that had Rhesus macaques playing games for rewards.... 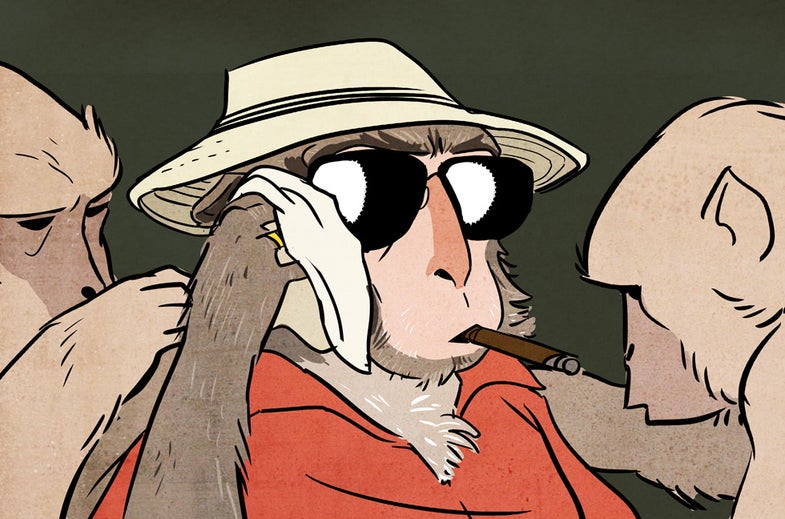 From a recent study from the University of Rochester and Clarkson University that had Rhesus macaques playing games for rewards. The Hot-Hands bias comes from basketball, where a player who has scored several successive shots in a row is believed to have “hot hands” or is on a streak. Members of their team will pass to them more, and members of the opposing team will increase attacks on that player. When you look at the wider picture, it becomes apparent that their hands were not hot at all, just their perception of success*.

From an evolutionary standpoint, the result isn’t that surprising. We’re hardwired to recognize and make decisions based on patterns. The researchers used the example of finding a beetle under a log. To a monkey looking for food, it makes sense to check the other logs for beetles. You can read the full paper here.

*Not that grouping in random events isn’t possible. If you flip a coin five times and get heads, you might think you have hot hands, too. My other comic Sufficiently Remarkable often visits topic.