Update 5/11/2017: Since the publishing of this comic, new research has emerged that puts the contents of the comic, and... 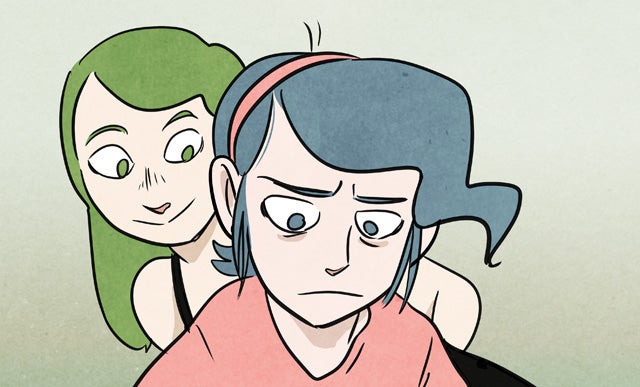 Update 5/11/2017: Since the publishing of this comic, new research has emerged that puts the contents of the comic, and that of many other widely accepted psychological phenomena into question. You can read more about this “replication crisis” and the psychologists working to solve it here.

Okay. So you’re hungry, your blood sugar is plummeting, and it just seems like everybody is out to annoy you. What’s going on here? Following the publication of Ohio State University psychologist Dr. Brad Bushman’s latest study on the connection between blood sugar and irritability, news sources around the world honed in on the “what” behind being hangry. But what about the “why”?

We all know we get cranky when we haven’t had anything to eat, so what I found most fascinating about the paper was the idea that our willpower is a limited resource. It takes brain resources to maintain self control, and each act diminishes our mental reserves. This phenomenon is known as “ego depletion”, and was pioneered by psychologist Roy Baumeister, based on an experiment he conducted in 1998. He and his team found that subjects who resisted temptations also reduced their ability to persist in completing a subsequent task. He surmised that, like a muscle, our self-control and willpower can be strengthened or weakened depending on our physical condition. It can also be influenced by social factors, such as personal motivations or the ever-important perceived need to fit in with a group. You’ve seen ego depletion in action anytime you’ve slowly worn somebody down to go to a concert with you or drive the getaway car in your latest heist.

Bushman’s latest study was another in a long line of research that shows that when resources are scarce, our ability to control our impulses becomes compromised as our brain shifts its priorities to finding food. His suggestion (and mine) is to avoid going into any situation on an empty stomach. Because you’re literally not yourself when you’re hungry.