A surprising twist behind the voice of BB-8 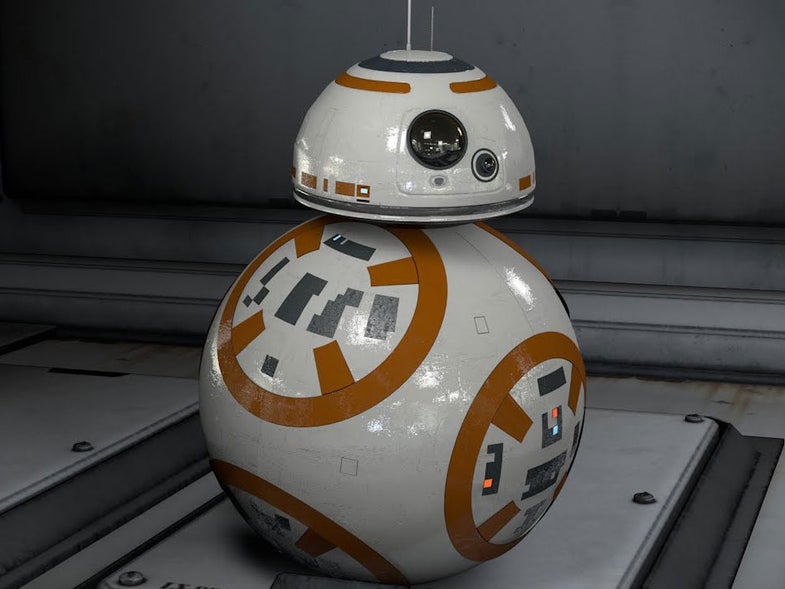 We’ve already shared our spoiler-free impressions of Star Wars: The Force Awakens, but without revealing any plot details, the film’s biggest twist came during the title credits. Voicing BB-8, the latest, lovable droid in the George Lucas franchise, are Bill Hader and Ben Schwartz, who each received the title ‘vocal consultant’.

Hader is well-known for his impressions, comedic stylings on Saturday Night Live, and his work on Trainwreck and The Skeleton Twins, while Schwartz is a renowned comedy writer whose role as Jean-Ralphio Saperstein in Parks and Rec is regarded as one of the show’s highlights. How, then, did this random, impromptu, and utterly brilliant partnership come together? 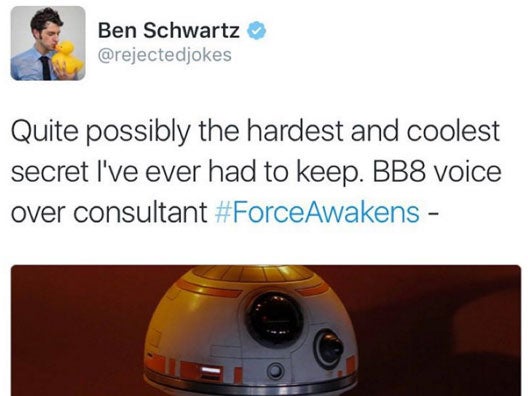 According to Drew McWeeny of HitFlix, who spoke with Hader, it wasn’t as random as one might think:

We’ve reached out to Schwartz to clarify how the two collaborated on a single droid’s voice, and to get his version of events (and how he thought his vocal chops translated on screen). Here’s hoping this starts what could be a very fruitful (and sidesplitting) continued role for the comedic duo.