Beyoncé, Queen Of The Drones

A little DJI Inspiration in her next music video 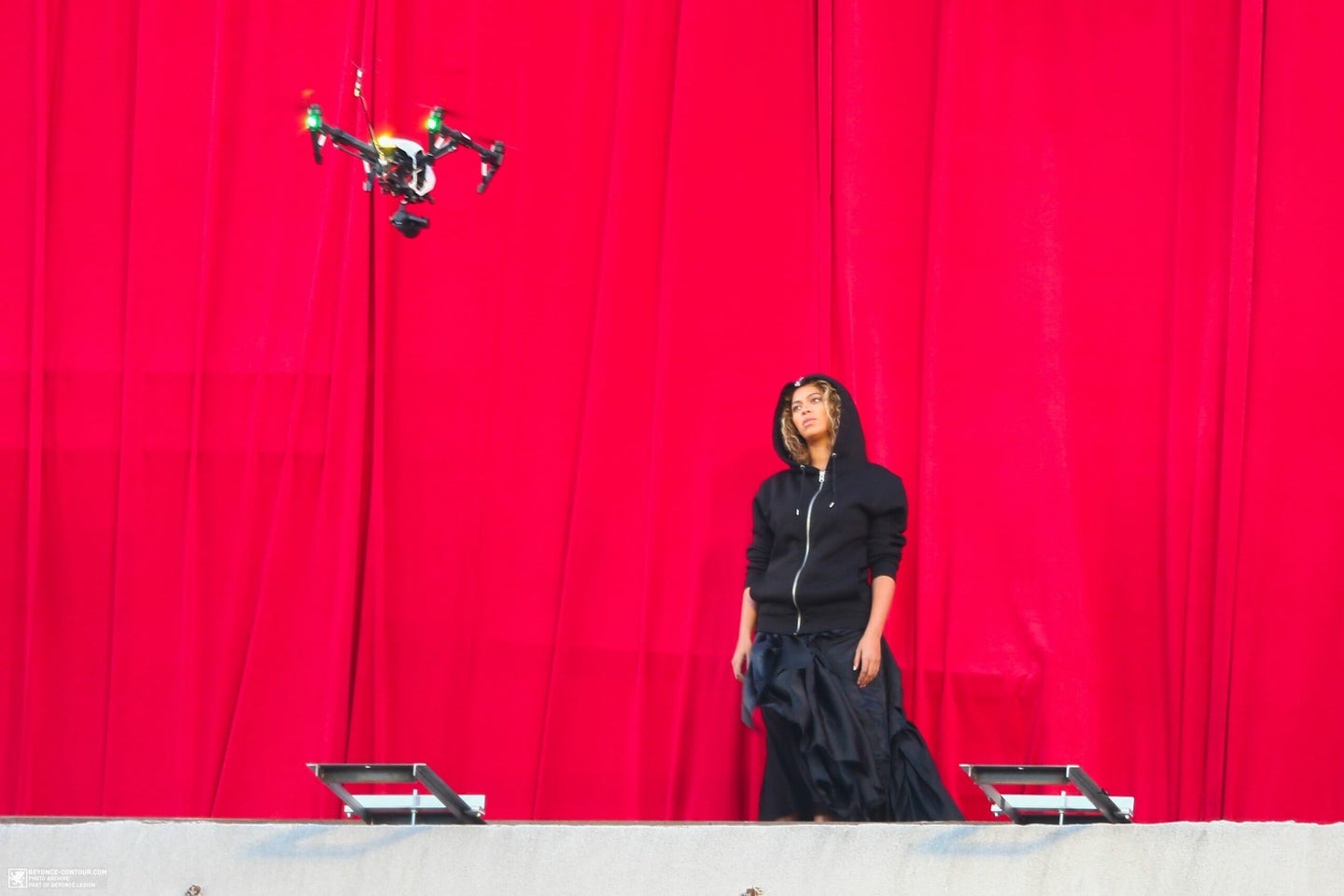 When Queen Bey decrees, drones follow. The iconic, world-conquering popstar was filming her latest music video in Los Angeles earlier this week. In pictures from the scene posted by fan-site Beyoncé Legion, it appears the former Destiny’s Child was communing with a DJI Inspire professional quadcopter.

The DJI Inspire Pro model retails for $4500, and comes baseline with a 4K camera on a 3-axis stabilized gimbal. It’s a pretty good tool for filming.

It’s maybe a less good tool for filming a concert live though, as Enrique Iglesias discovered when he grabbed onto a quadcopter at his show and was left with a bloodied hand. From the photos of the filming (there are 88 of them) it appears the singer kept a cool distance from her hovering minions.