2.2 billion people are overweight and sick, but we’re still measuring them by a terrible metric

We could save lives by getting rid of BMI. 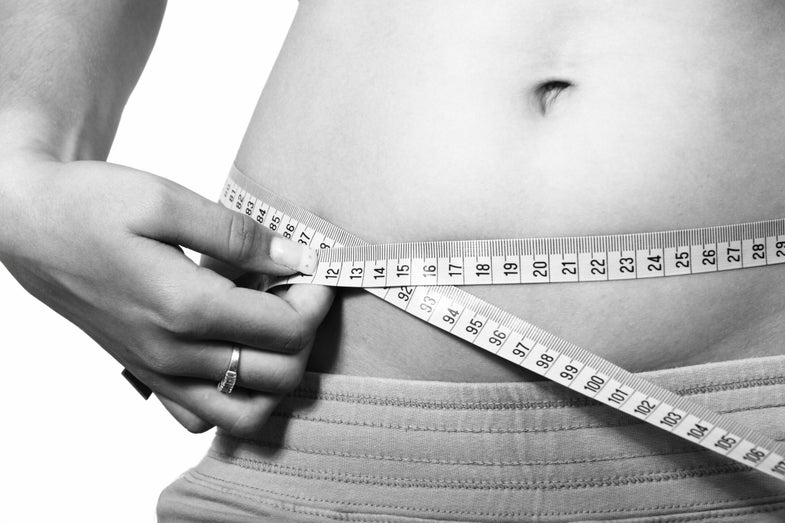 You are a tall man. Statistically speaking, dear reader, you’re probably not—but let’s say that you are. You are tall, and though you carry a bit of extra weight around your midsection, you like to tell yourself that you’re perfectly healthy. The last time you went to the doctor, she told your BMI is exactly average. You were glad, because it meant your health insurance rate wouldn’t go up. And you were, to a lesser extent, glad that you weren’t overweight, because goodness knows how many problems that causes. Your portly uncle died young from a heart attack. That’s not the fate you want for yourself.

But here’s the thing: BMI isn’t a good measure of your actual health. That belly fat might be hidden on your 6’2″ frame, but it could still contribute to problems that kill you.

Obesity now contributes to 4 million deaths worldwide, with cardiovascular disease leading the way and diabetes not far behind. We know we can prevent these problems to some extent, but we can only do so if we know who’s at risk. If BMI isn’t cutting it, we should probably figure out a better way to approach the problem.

We’re so used to thinking about obesity in terms of BMI that it’s difficult to view it any other way. It’s what the Centers for Disease Control and Prevention uses, it’s what the World Health Organization uses, it’s even what the American Heart Association uses. If your BMI is 25-30, you’re overweight. Anything above 30 is obese. That’s the basic definition that every study in a recent meta-analysis in the New England Journal of Medicine used, and therefore what the entire analysis rests upon. It’s widely known that BMI isn’t a great indicator for health problems, but it’s so ubiquitous that inertia holds us back. If every study uses BMI because every previous study used BMI, we’re trapped in a self-perpetuating loop of inaccuracy.

Let’s be clear, though: the fault doesn’t lie with this particular study. The meta-analysis has been uniformly praised for its depth and breadth. It’s not flawed in the way a badly set-up experiment is, it’s just born of a system that was never all that accurate to begin with. So yes, it relies on a poor metric, but it has to—there’s no other option right now.

If we could go back in time, it would have been far smarter to rely on something like waist size. A 2015 study found that a man with a normal BMI but “central obesity” (meaning fat concentrated in the midsection) had twice the mortality risk of a BMI-obese man with no central obesity. This is because BMI is based solely on height and weight, and has almost nothing to do with body fat. But body fat is the thing that’s been tied to health risks, especially belly fat. It’s not clear exactly why fat concentrated in that area has such a profound effect, but it’s been demonstrated repeatedly.

Even though we can measure more direct indicators of health—cholesterol, insulin resistance, glucose, etc.—we rely on BMI as a shortcut. Except it’s not a shortcut. It’s a tangential path that we probably should never have been walking down. Looking at those biological indicators shows us just how wrong BMI can be.

One 2016 study found that 29 percent of obese people were metabolically healthy. Even more troubling, 30 percent of normal weight people were unhealthy according to those same markers. It’s that second group that should worry us. Accidentally telling obese people who have healthy cardiovascular systems to lose weight can only do them good. But failing to realize that a person with a normal BMI is at risk for serious health problems is potentially dangerous. And that’s not to mention the fact that we financially penalize people who are “obese” according to their BMI, even when their metabolic indicators are fine. Insurance companies are legally allowed to charge them extra. A committed weightlifter with gobs of muscle might have the same BMI as a guy who eats junk food for every meal and has been obese his whole life—and he could have a higher BMI than a naturally skinny man with terrible exercise habits and an ever-growing belly from too many beers. That’s not just unfair, it’s absurd. A metric that’s supposed to estimate body fat but penalizes many healthy and active people is a terrible metric, plain and simple.

We need to find a new way. The most accurate, a computed tomography (CT) scan, is obviously far too expensive and time-consuming for general use. Waist-to-hip ratio would be nearly as good, and far easier to keep track of. Waist circumference is even easier and is still highly predictive of health, though you have to know how to measure it properly. The Mayo Clinic came up with a new metric just this May: BVI, or body volume indicator. It uses body-scanning software to analyze weight distribution, which makes it a bit hard to implement widely, but it’s a solid step forward. Really, any of these would be a better option than BMI: we just need to get unstuck. It is, quite literally, a matter of life and death.