The best backyard games for when the weather is nice

Entertainment fit for an afternoon at the park, a weekend camping trip, or just 20 minutes in your backyard with a beer. 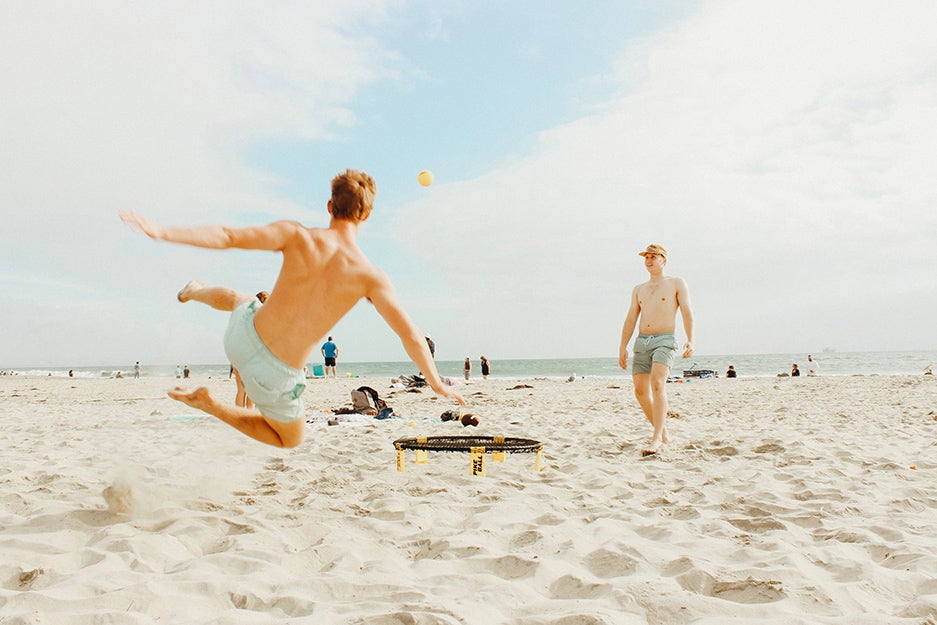 Considering many of us spend half the year enduring sub-freezing temperatures, summer is best spent outside, which means your plans for dinner, movies, and entertainment should adapt accordingly. When you’re traveling, portable games that don’t take up too much space in the car––or the beach bag––are a must.

The summer classic got a supersized reboot, and it’s definitely worth the cost to upgrade. The Bubble Thing Giant Bubbles Wand produces 20-foot-long iterations of the simple crowd-pleaser. The wand may be hard for smaller kids to use, but they can still be involved when older kids or adults do the leg work. That being said, unlike similar products, this design has a single pole rather than two, which could make it easier for younger kids to use on their own. One word of caution: like all bubbles, these leave behind sticky solution when they pop (and a lot more of it than you’re probably used to) so this activity is best for bath night.

Toymaker and cartoonist Jeff Knurek created Spikeball in the 1980s but never patented the design, leaving the door open for Chris Ruder. He revived the game on an episode of Shark Tank. The game sold itself. The two-on-two sport is kind of like tennis, only players use their hand to spike (get it?) a rubber ball against a trampoline in the center of all four participants. It’s definitely fast-paced, and not a game for someone who doesn’t want to work up a sweat.

Same, but more of it: Jenga Giant JS7

A bigger version of the classic. It’s the perfect casual game when you’re short on space or have a large group to accommodate.

Whether you call it cornhole or bags, this game will never get old. Lugging around a wooden set-up, however, might. A lightweight PVC frame and foldable fabric surface make this GoSports version super portable. It comes in three designs and two sizes, all of which come with eight beanbags and a carrying case.