They're the Best of What's New. 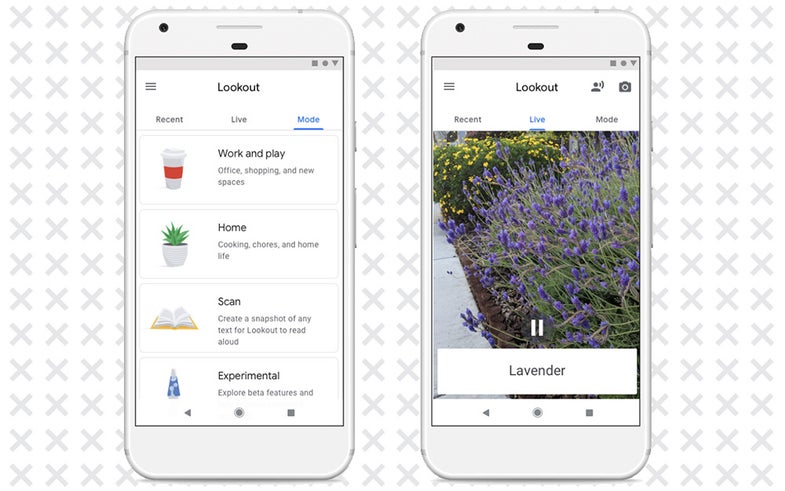 Seeing-eye app
Most apps that help people with visual impairments identify their surroundings require constant picture-snapping. The Google Lookout app, currently available on the company's Pixel phones, lets those who need assistance go hands-free. With the phone worn camera-out on a lanyard or peeking from a pocket, the app can either announce items of interest (for instance, an elevator at the wearer's 3 o'clock) or read text aloud. The software relies primarily on image-recognition and visual search against a library that so far contains hundreds of common objects. Covering the camera pauses the narration, and knocking on the phone twice brings it back. Google
SHARE

Virtual assistants make phone calls on your behalf now. Google Assistant’s new Duplex technology can talk to real human people, which means you may never have to make a dinner reservation again. Elsewhere on our list of the top software innovations of 2018, there’s tech that’ll do fun things, like deliver a pizza to your spot in a public park, and programming that takes on seriously important things, like enable 911 dispatchers to find mobile callers way faster. 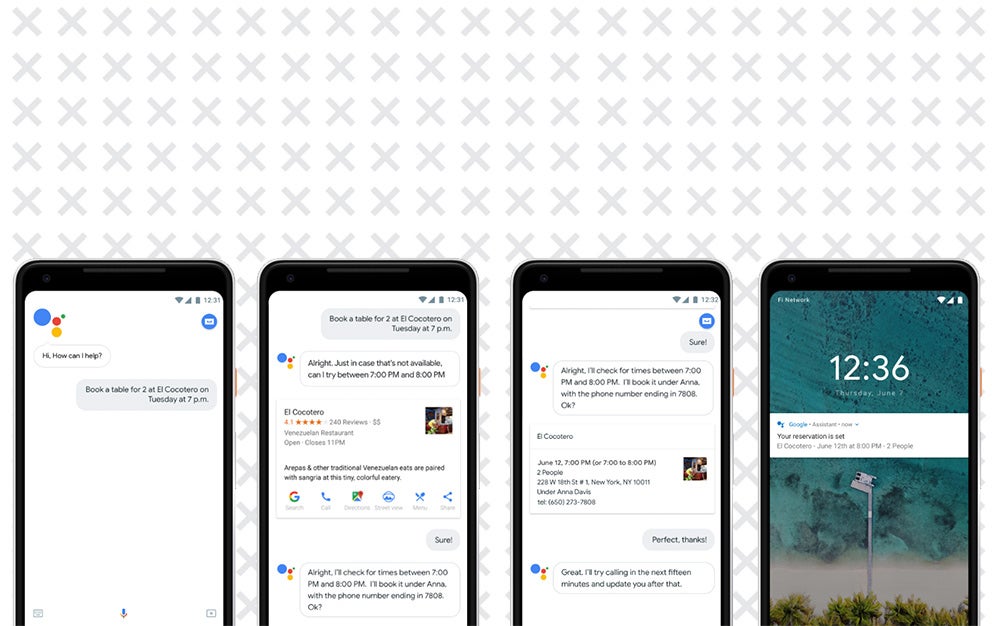 Grand Award Winner The digital assistant that absolves you of human interaction
Virtual assistants are great at interacting with the internet, pulling forecasts or monitoring traffic on your commute home. With the addition of the Duplex system this fall, Google Assistant became the first to interact with other humans on your behalf, tackling the decidedly flesh-and-blood task of making a dinner reservation. (Other chores, like booking a haircut, could follow.) Google trained the artificial intelligence behind Duplex by feeding it recordings of real phone calls, which engineers annotated to indicate conversational cues—for instance, all the ways a host might ask to clarify the size of a party. The result is a neural network (that’s AI speak for a computer that thinks like a brain) and synthetic voice that can hold a natural-sounding tête-à-tête, complete with interrupters like “ums” and “ahs,” with a real-life person. To start: Anyone in New York City, Atlanta, Phoenix, or San Francisco with a Pixel smartphone can assign Duplex a task by typing or speaking into the Assistant app. Then they sit back and wait for their digital guy Friday to confirm the table. 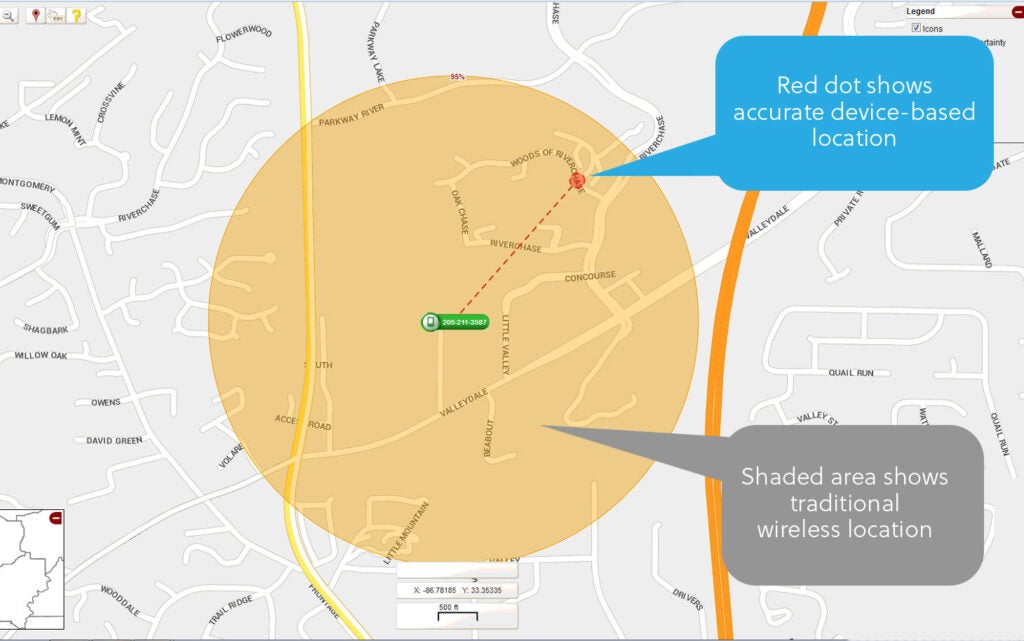 Mobile link up with the NG911 Clearinghouse by Rapid SOS, Google, & Apple

Finding you faster in emergencies
When you call 911 from a cell phone, nearby towers and GPS data tell dispatchers where you are—typically within a football field or two. By tapping into additional location information, such as your proximity to nearby Wi-Fi hotspots, your phone can tighten the search to a couple of yards. The RapidSOS NG911 Clearinghouse, which iOS and Android integrated this year, lets dispatchers see the phone’s more-precise targeting quickly. This change will help more dispatchers shave minutes off response times. Cutting as little as 60 seconds, according to RapidSOS, could save more than 5,000 lives in the U.S. every year. 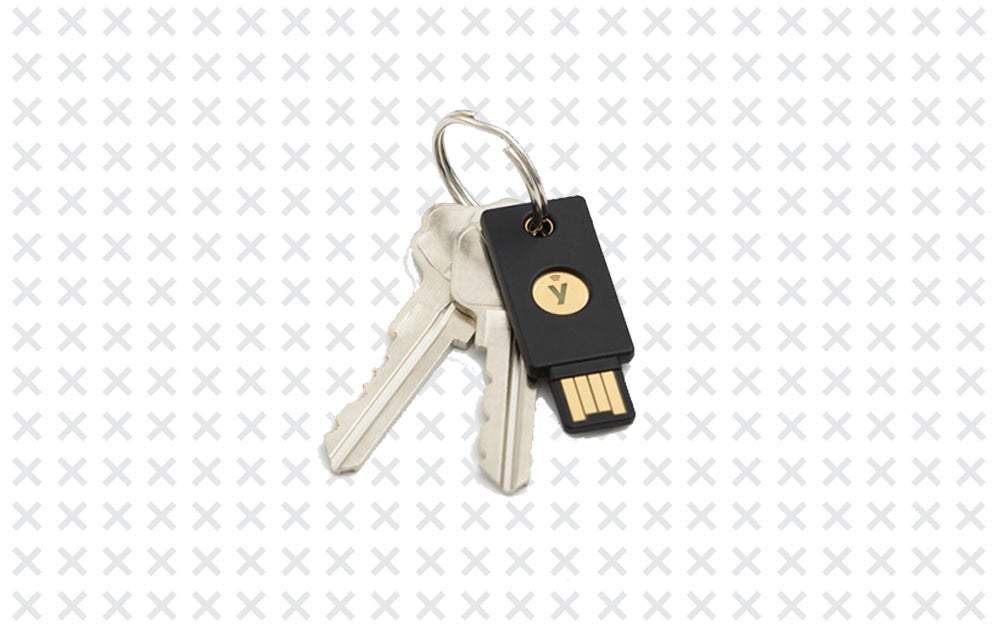 A path to password-free logins
Savvy web surfers can already skip typing verification codes to log into secure sites if they use a USB dongle like a Yubikey or a fingerprint scanner in place of the digits. But not all browsers, sites, and apps recognize and trust those identifiers. A new standard called WebAuthn helps them get along. Already active in browsers like Firefox and Chrome and sites like Dropbox and Twitter, the protocol could soon allow sites to replace both passwords and two-factor authentication codes with faces, fingerprints, or voices. 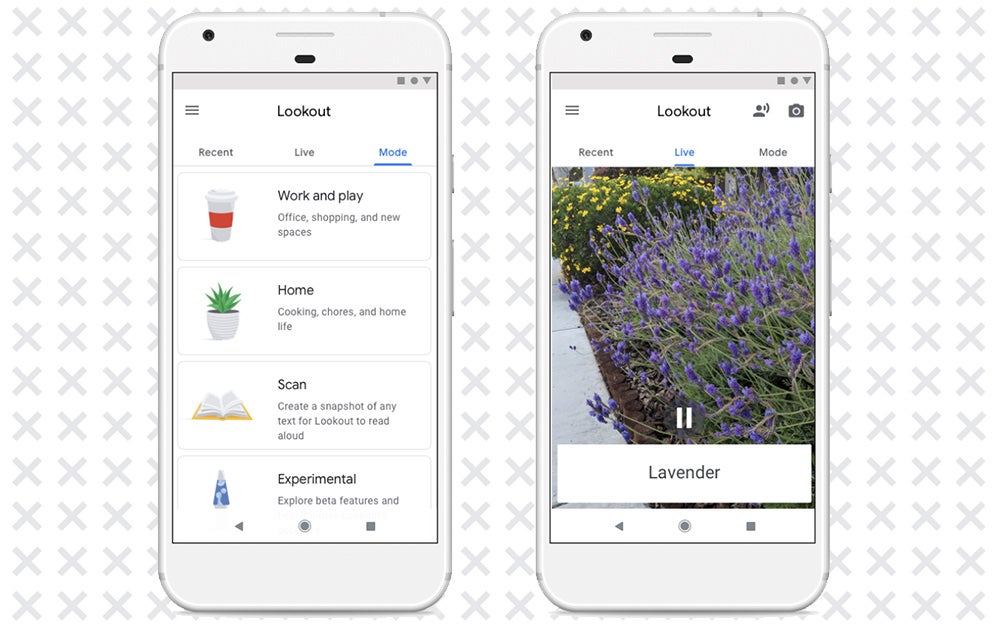 Seeing-eye app
Most apps that help people with visual impairments identify their surroundings require constant picture-snapping. The Google Lookout app, currently available on the company’s Pixel phones, lets those who need assistance go hands-free. With the phone worn camera-out on a lanyard or peeking from a pocket, the app can either announce items of interest (for instance, an elevator at the wearer’s 3 o’clock) or read text aloud. The software relies primarily on image-recognition and visual search against a library that so far contains hundreds of common objects. Covering the camera pauses the narration, and knocking on the phone twice brings it back. 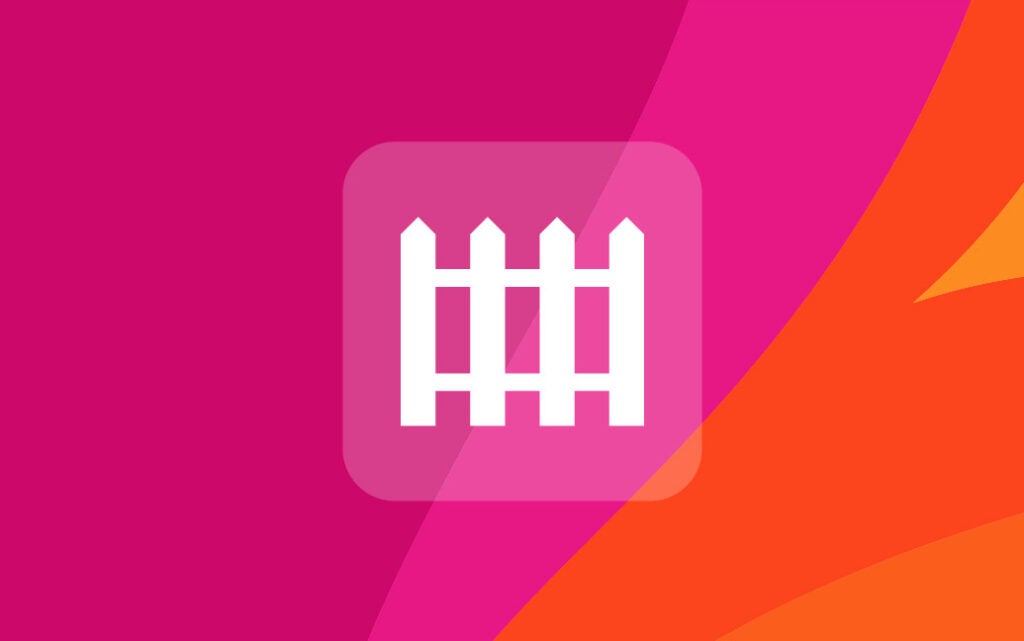 Stop Facebook from creeping on you
Facebook follows us around the web—all the better to feed us ads for the bullet journals we’ve been eyeing on Amazon. Mozilla’s Firefox extension keeps your activities away from the social giant’s prying eyes. On installation, it erases codes known as login cookies, which would normally track visits to other sites. Thereafter, Facebook can’t monitor your browsing on any site but its own. There’s just one catch: If you click a “share” button on another page, Zuck’s crew will know. 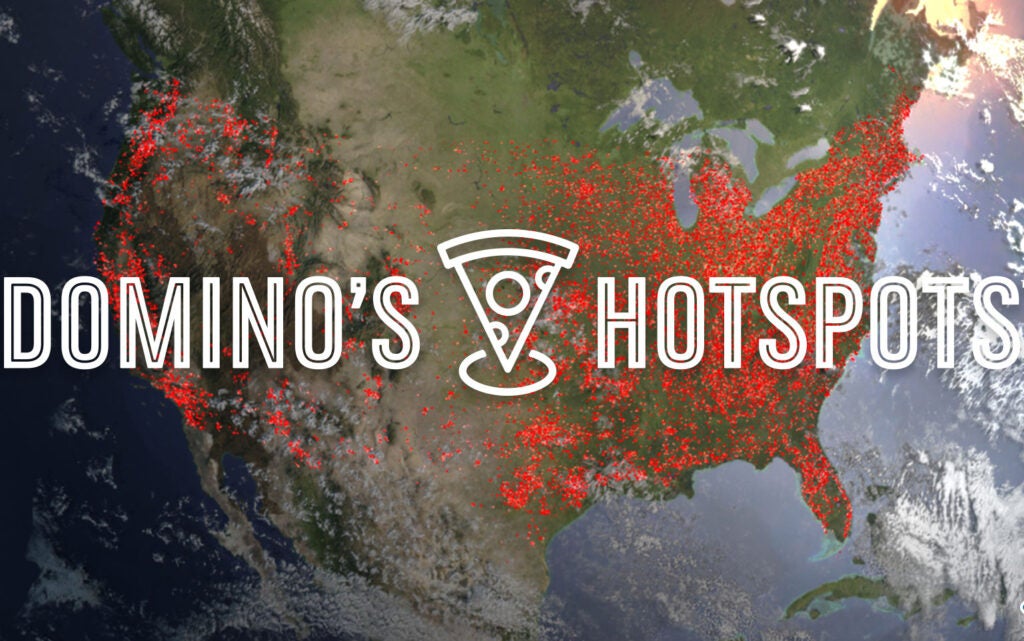 Pizza delivered to public places
Let’s say you’re at a dog park, pool, or otherwise away from a typical street address and need a pizza fix. Now you can get Domino’s. Based on recommendations from local shops, the national ‘za chain set up more than 200,000 nontraditional delivery spots—such as the concession stand at Renfrew Field off of Friend Street, in Adams, Massachusetts, and the corner of 124th street and Madison Avenue in New York City. At the company’s site or via its app, select from nearby drop points and arrange for prepaid delivery. Adding identifying details, like that you and your pupper are sporting matching bandanas, is optional. 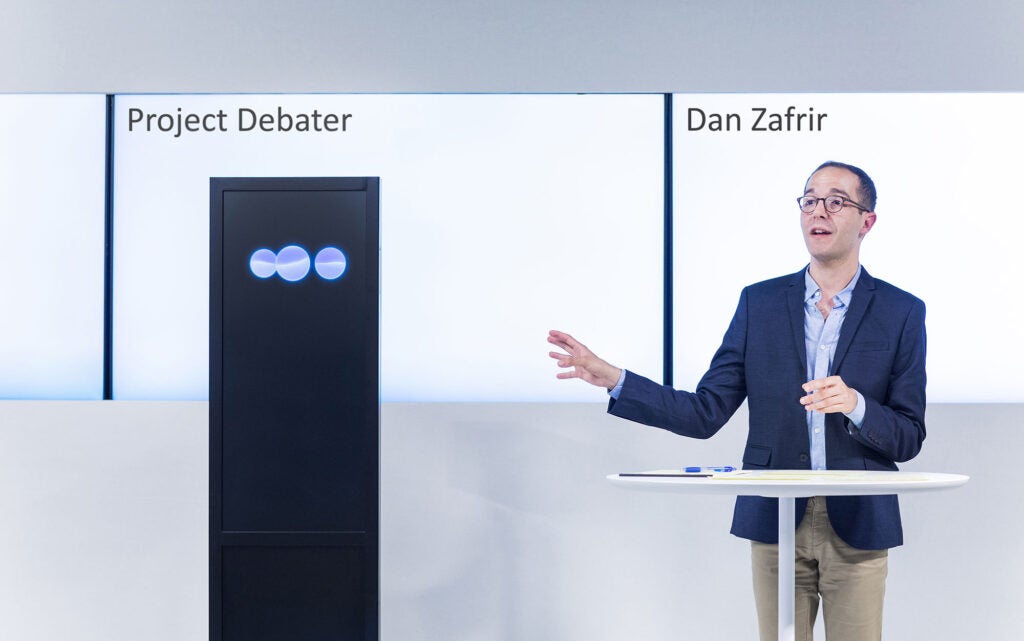 Opinionated AI
Humans can spend weeks hashing out big decisions. Project Debater, an AI system IBM’s been developing for six years, can get there in less than an hour. In a June demo, the system and a human opponent got a topic on the spot. Debater had 10 minutes to digest a database of more than 10 billion sentences and construct a spoken argument for subsidizing space exploration. The computer also delivered a four-minute rebuttal and a two-minute summary. The machine presented the best information, but the human took honors for delivery. Still, the partial rhetorical victory represents several advances, among them, data-driven speech writing and listening comprehension.
Announcements
Best of What's New
Computers
Apple
best of what's new 2018
bown
Google
IBM