The best new features in the Fall 2018 Windows Update

Here's the new stuff your computer can do. 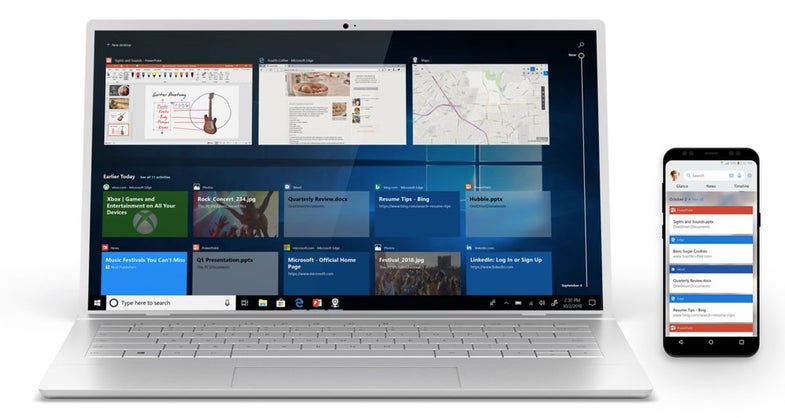 UPDATE: Microsoft has currently paused the rollout of its most recent windows update due to reports of it deleting users’ files. You can read the official statement from Microsoft here.

Operating system updates have gotten a lot more exciting in recent years. Whether it’s Android, iOS or Windows, fresh features from an update can make your gadget feel new again. The current 2018 Fall Windows Update is rolling out now. Here’s what you can expect with your download.

The end of interrupting updates

Windows has a bad reputation for installing updates and requiring restarts when it’s inconvenient. Now, however, the new version of the OS uses machine learning to figure out when you’re working to prevent an interruption. Even if you’re not actively working on your machine, it will use AI to try and figure out if you just stepped away for a minute rather than calling it quits for the night.

Your computer’s clipboard has always been kind of mysterious. It’s easy to lose things to the digital aether by accidentally overwriting something you copied earlier or just wondering if it even copied in the first place. Windows now integrates the cloud into the copy and paste process. Pressing Window + V syncs your clipboard across all of your Windows devices and you can see your clipboard’s history on all gadgets.

It’s particularly handy if you’re working across several Windows computers (like one at work and one at home) and you want to make sure that you have access to the same stuff on both.

The process of taking and annotating a screenshot has been steadily improving over the years. Now, Windows has spun its Screen Sketch feature into its own stand-alone app instead of rolling it into Microsoft Ink.

When you take a screenshot, you can select a specific area of the display to capture, then write or draw on it to add messaging or highlight specific areas of the image. This eats the lunch of some third party screen capture apps, but it seems like an obvious inclusion for the Windows OS when so many of the Microsoft devices are Surfaces with an emphasis on the pen as an input.

This is not a feature you’re going to use right now, but in the future, ray tracing tech could be an important development in the way people play PC games. Without going into the hardcore technical aspects of the process (here’s a good guide if you want to dive in), it changes how PC games render lighting effects on in-game objects. It requires a lot more processing power, but creates more realistic graphics.

Right now, there are no games that take advantage of the tech, but future titles like the new Battlefield release will get things started in the coming months.

It’s a nerdy development for now, but in the long run, it could make current games look to you like old Playstation games look right now.

Some apps drain more battery power than others, but it’s not always clear which program is acting like a vampire and sucking the life from your cells. The Task Manager—which lets you see what processes are running on your machine—now has a battery column so you can see how much actual power each app is soaking up along with stats about disk, memory, network, and processor usage.

The indicators are still kind of basic—most apps will just say “very low” so don’t expect a percentage or exact number. But, this kind of monitoring can give you insight to help squash unexpected battery sucks that could leave you powerless.

We’re entering an era of darkness when it comes to operating systems and, frankly, it’s pretty great. A few weeks ago, the MacOS update enabled a new dark color scheme for its computers and now Windows offers the same dusky look on updated machines.

The new Windows update includes all the native apps, including Explorer. It does not, however, include Microsoft’s Edge browser, which you’ll have to turn on independently.

It’s a purely aesthetic and totally optional tweak that you can turn on by going to Settings > Personalization > Colors and selecting “Dark” from the Choose Your Default App Mode selection.