Train sets for every kind of locomotive enthusiast 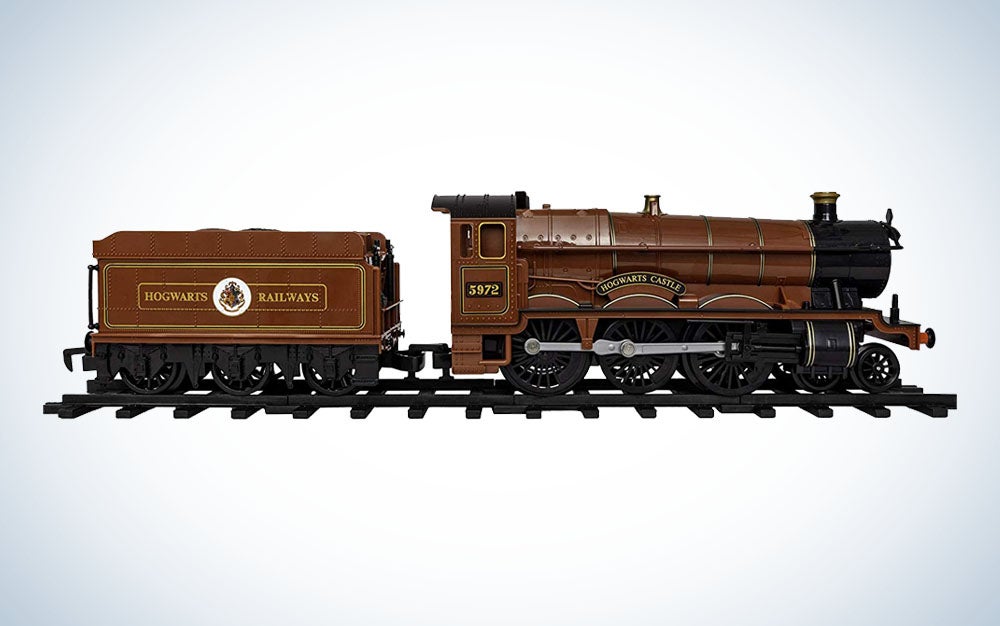 When you’re in the world of model trains, you are living in Lionel’s world. The company was founded in 1900, and its miniature locomotive is one of the first playthings inducted into the National Toy Hall of Fame (alongside the Easy-Bake Oven). Whether you’re a veteran train enthusiast or know a kid who adores choo-choos, there is a Lionel for you.

A large-scale (also known as “Ready to Play”) replica of an old steam locomotive, this set is designed for easy set-up and quick play. But it’s a great way for more hardcore model train enthusiasts to share their love with the less experienced, while still providing all the little details you expect from a Lionel train. From the sturdy, Berkshire-style locomotive to the strong, fixed knuckle couplers, to the removable crates in the gondola car, it’s everything you could ask for in a train set for first timers.

Arguably one of the most famous trains in pop culture history (behind maybe the Thomas and the Little Engine That Could), the Hogwarts Express from the wizarding world of Harry Potter is recreated in this battery-operated set. You get the legendary locomotive itself (plus tender—also known as a coal car) as well as two passenger coaches, and 24 curved and 8 straight track pieces. The locomotive not only lights up and has the usual (and literal) bells and whistles; it’s also enhanced with clips and sound effects taken right from the movies.

It really was inevitable that Lionel—the most famous name in toy trains—would join forces with Thomas, the most famous name in tank engines. They are two great tastes that go great together. This perfect replica of the English engine is the perfect gateway train for the budding enthusiast in your family. It has everything you need, including easy-to-assemble tracks, a remote control, and two passenger cars. Sadly, it doesn’t come with any local government officials who spend way too much of their day chatting with trains.

There is a lot of crossover between the worlds of train collectors and car collectors, so producing something both sides can agree on is just good business. Lionel teamed up with Hot Wheels in 2018 for the toy car brand’s 50th anniversary to create this limited edition train featuring Hot Wheels racing graphics and two standard sized Hot Wheels cars. You can swap them out for any of your own, too.