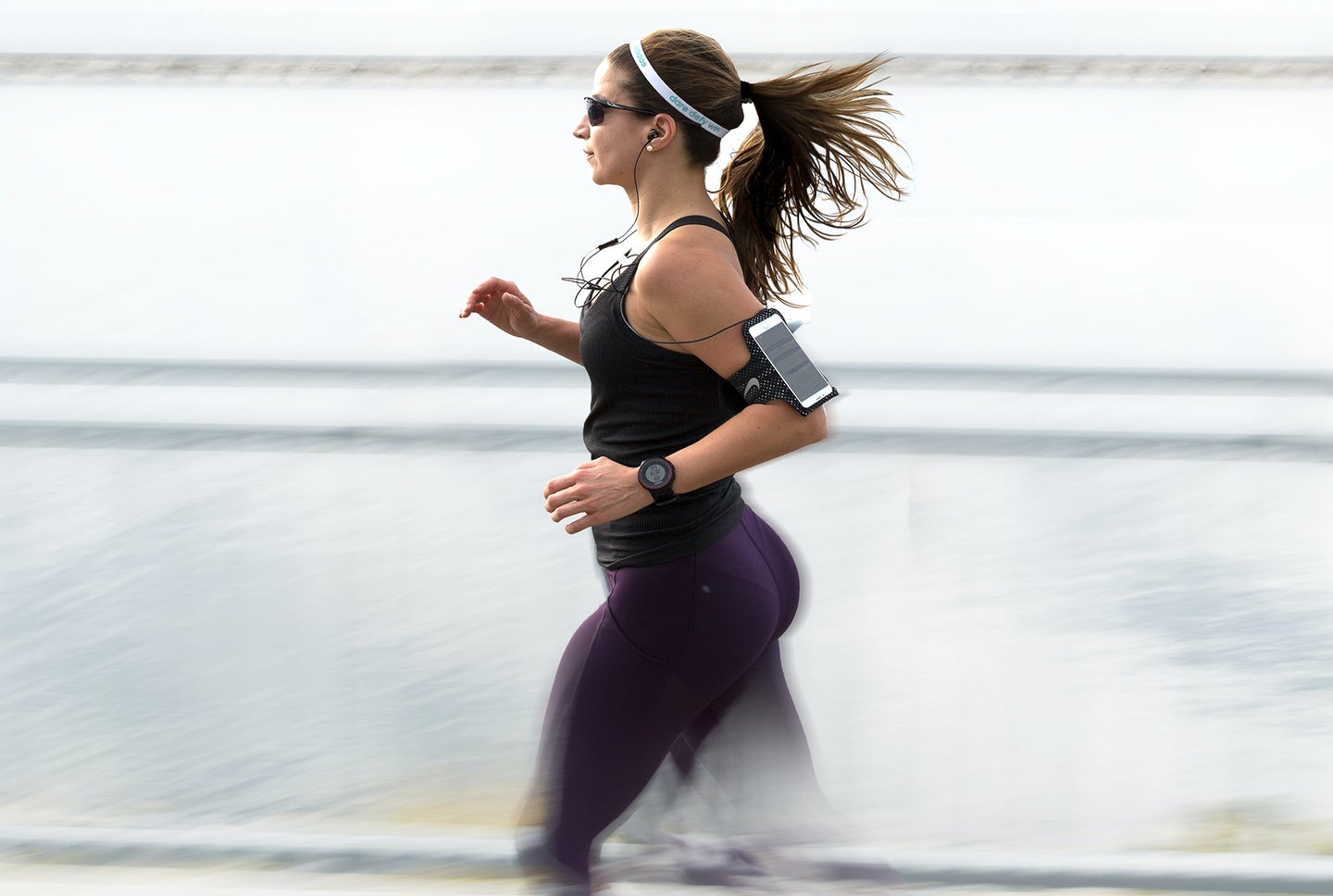 Great gifts for the nerdy runner in your life

I'm a nerdy runner myself, so you can trust me on this one.

You might not quite understand that friend who would rather spend the early morning hours out for a run than catching extra Zzzs. Doubly so if that friend is the type to spend as much time analyzing each run as they do actually running it. But even if you don’t really get them, you still want to get them something thoughtful this holiday season. Show you care by giving them the apparel and equipment that helps get their numbers and splits-obsessed selves to the finish line. Here are some of my favorites.

Many runners log their miles with upbeat music or a podcast. But that poses a challenge for road warriors who must also keep an ear out for passing cars and cyclists. Headphone company Aftershokz makes headphones that let your friend bop to Top 40 while also avoid getting hit by a car. The device sits on the outside of the wearer’s ears and sends sound via bone conduction. Sound waves travel directly to the inner ear by vibrating the bones on the outside of your face. This leaves the outer and middle ear free and ready to pick up the sounds of a nearby car, bike, or anything else in the runner’s path.

Racking up miles means your muscles are working overtime, often leading to tightness and fatigue. Foam rolling, essentially pressing your muscles forcefully against a hard foam tube, initiate myofascial release. The idea is that pressure against contracted muscles encourages them to relax. This is thought to improve blood circulation, muscle mobility, and reduce pain. Scientists have not come to many sweeping positive conclusions about foam rolling, but many runners swear by it. If your friend is one such athlete, the Vyper 2 from Hyperice takes this idea to the next level with three speeds of intense vibration.

With a 10 mm heel raise and arch support made of comfortable sugarcane-based EVA foam, these sneakers are designed with recovery in mind using principles of biometrics and orthopedics. The holed material also allows for better airflow and ventilation—plus they can be easily washed and dried for long-term use and maintenance.

There are those who gauge their run based on nebulous things like overall effort. But most running nerds rely on a wearable to track pace, distance, and time. The Garmin Fenix 5 series is one of the company’s newest products. It provides color topographic maps that help you create, find, and follow running paths in your area. It’s not cheap, and if that’s not in the holiday budget, Garmin’s Forerunner series is another good option.

The new PureMove sports bra from Reebok contains tiny beads of a gel-like substance called Shear Thickening Fluid (STF). The stuff remains liquid at rest but becomes solid with movement or support. That means the right amount of support only when you need it. It’s so innovative, we included it in 2018’s Best of What’s New list.

For runners, socks can be as important as shoes. Wearing less-than-ideal footwear, including socks that can’t handle your sweat beyond mile 2, can cause discomfort and blisters. Smartwool socks are made of 100 percent Merino wool, so they move sweat away from the wearer’s feet. They are also lightweight and durable.

Having proper running attire to withstand a downpour is crucial. The Gore-Tex ShakeDry jacket has Gore-Tex’s signature waterproof material in a weightless-feeling jacket.

For longer runs (ones lasting at least an hour), studies show that taking in carbohydrates will prevent what’s known as bonking. This is where the muscles become completely depleted of glycogen, its main fuel source. Energy gels contain simple sugars and easy-to-absorb carbohydrates. But here’s the catch: For many people, running is hard on the digestive tract because exercise draws blood flow away from the organs that digest food and toward the heart and muscles. As a result, runners, myself included, tend to have a hard time keeping those energy gels down. U.K.-based Science in Sports’ energy gels are easy-to-digest and isotonic, meaning that they can be taken alone, without water, and still get properly absorbed.