All the cool new stuff from CES 2019 day one: Fancy TVs, wearable sensors, and a smart toilet

Great news for people who like to watch stuff on big screens and also poop. 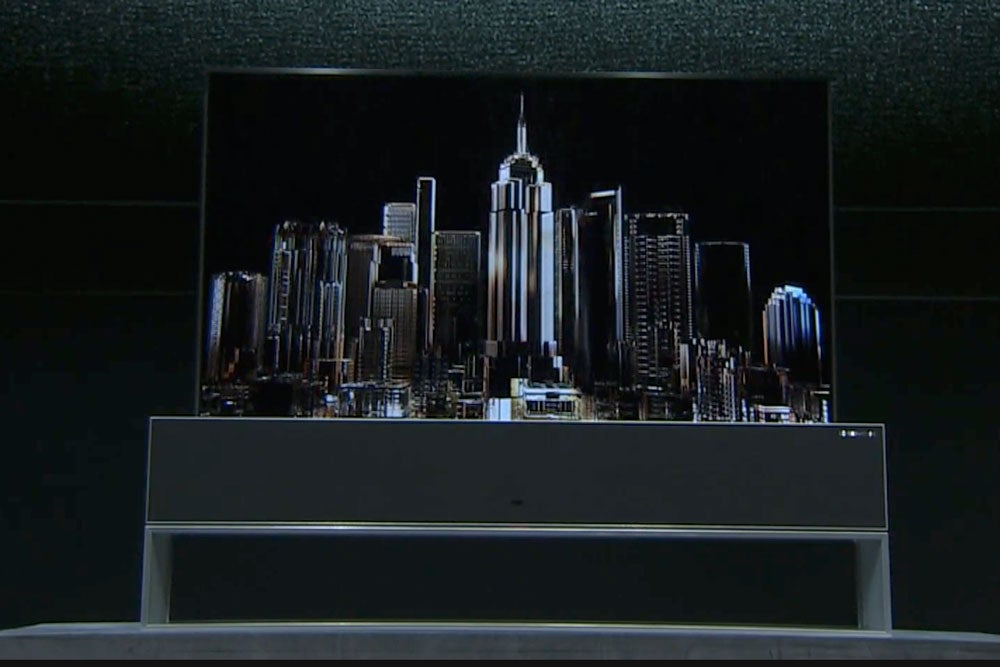 The annual Consumer Electronics Show plays many roles. It’s a chance for the big electronics companies to show off the new products they intend to release this year. It’s also an opportunity for weird companies you’ve never heard of to make huge promises they can never realistically fulfill. Lastly, it’s the reason tech writers literally can’t have New Year’s Resolutions because vegetables and sleep do not exist in Las Vegas.

This year’s CES show is underway here in Las Vegas and PopSci is on the scene to check out all the new stuff—and do important investigative reporting, like sorting out the really cool new smart toilets from the lame smart toilets (we’re expecting a lot of toilets this year). We’ll have a new batch of news every day so stay tuned and rest assured that every one of these posts will be typed from behind a mountain of bacon strips at the buffet.

LG is selling its rolling TV this year

One of the coolest demos of last year’s CES was LG’s TV that rolls up into a tube when you’re not watching it. It was just a prototype back then, but this year the company announced that it will officially go on sale. The LG Signature OLED TV R has a 65-inch display that rolls up and out of sight when you’re not watching. Even when it’s rolled up, however, you can use the TV’s speakers to listen to music. There’s no price yet, but even the regular LG Signature OLEDs aren’t cheap, so expect to pay a premium to not look at your fancy new TV.

Living rooms have always gotten a lot of love at CES with huge TVs and fun tech toys, but kitchens have been catching up lately with massive smart screens and connected appliances that somehow bring the internet into the process of microwaving a burrito. This year, however, it seems the bathroom is getting some special attention, and the key product so far is Kohler’s new smart toilet. The Numi has a customizable seat warmer, a built-in light show, and—of course—Alexa built in to control all the fancy functions. It reportedly costs roughly $7,000 or $9,000 if you want the black one so it’s underway only for the fanciest of butts.

Apple is putting iTunes and AirPlay on non-Apple devices, including Samsung smart TVs

Tim Cook and his Apple underlings famously skip CES every year, but the company already captured some of the biggest headlines of the early show. Starting with the 2019 model year, non-Apple devices including smart TVs from Samsung, LG, and Vizio will support historically proprietary Apple tech like AirPlay and HomeKit. Samsung smart TVs will even have an iTunes app so your insular Apple content will play nice on your new screen.

L’Oréal made a sticker that detects your skin pH

It’s going to be a big year for gadgets that detect all the things that have gone horribly wrong with your body. Withings, for instance, released several new smart watches that can take an ECG reading of your heartbeat similar to the functionality in the latest Apple Watch. The new patch from L’Oréal detects the pH levels of your skin. The company claims that out-of-whack pH levels can lead to all kinds of itchy or painful skin conditions. Last year, the company had a lot of success with a sticker that detects exposure to UV rays from the sun, so by 2024 we should be covered with stickers telling us how badly we’re ruining our epidermis.

The Asus ROG Mothership is an insanely huge gaming tablet

Imagine a chunky, 10-pound tablet with all the guts of a high-end gaming computer crammed inside. That’s the Asus Mothership. With its 17.3-inch, 1080p screen, a top-end Core i9 processor, and the most powerful mobile graphics card around in the Nvidia RTX 2080, it can handle resource-intensive games that would make regular laptops sad emoji face.

The CES show floor doesn’t officially open until tomorrow, so we’ll be bringing you more gadget greatness throughout the week.