The best cameras for shooting video in slow motion

Catch all the action—not just what you can see with your naked eye. 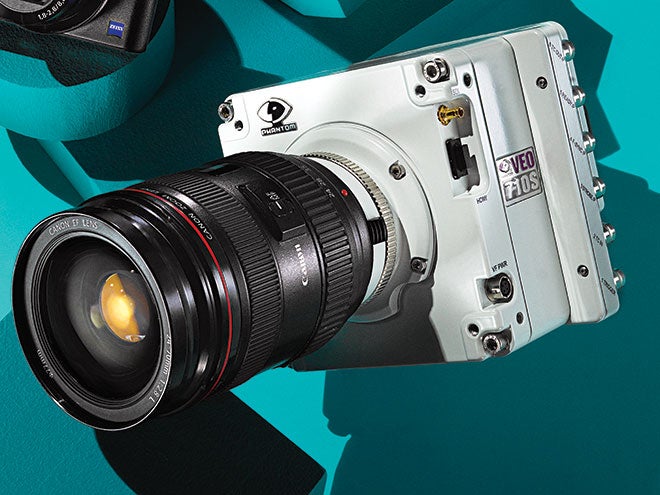 Video running at the speed of molasses reveals hidden movements our feeble peepers can’t typically see. While most footage is filmed at 30 or so frames per second (fps), the ultrafast cameras below can capture hundreds or thousands. When played back at a normal rate, the movies stretch out time, creating cinematic magic.

Like many smartphones, this action camera can record footage at 240 fps, or eight times slower than real life. Unlike your smartphone, however, it can plunge up to 33 feet underwater and survive sky-high drops, so it can go where the action is. Try filming the mesmerizing-but-gross undulations of a dog’s tongue as it drinks from a bowl of water. $399

Moments shot at this camera’s 1,000 fps top speed produce hypnotizing films. That requires plentiful light, so the Sony’s lens has an extra-wide aperture to let in oodles of photons. One second of film time becomes 33 seconds of playback. $1,000

This pro camera can take a second and stretch it into five minutes of high-def footage that can be crucial in research scenarios, like analyzing the results of a crash-safety test. With the resolution cut to the lowest setting, the sensor can grab an extraordinary million frames per second, making one second last more than nine hours. from $40,000