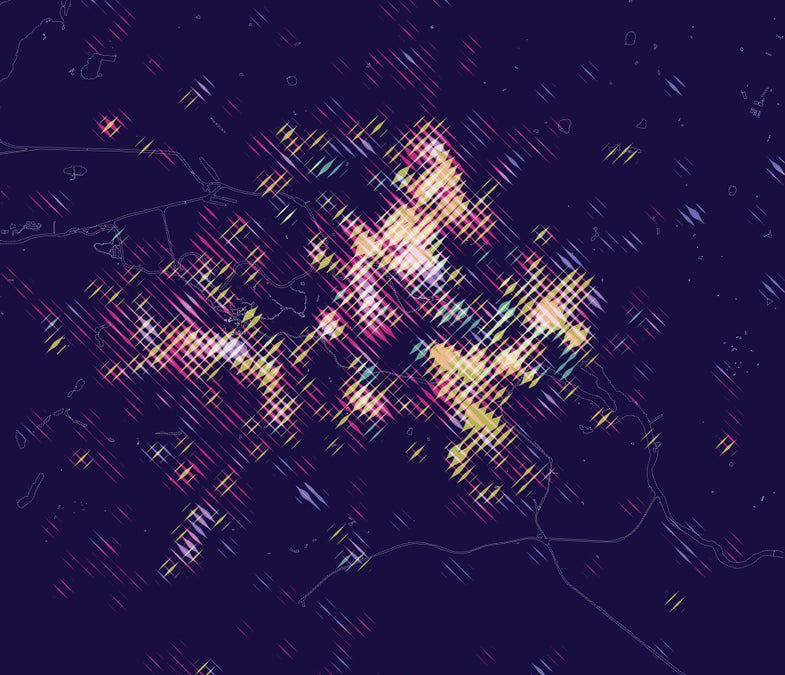 In a project he calls Stadtbilder—which translates to “city images”—Moritz Stefaner mapped the collective life of a city’s inhabitants, rather than its buildings or land. The underlying data is a popularity index of public places based on social media check-in services, such as Foursquare. Using diagonal lines, Stefaner overlaps four categories of places—music, shopping, nightlife, and food—to show not just the city’s shape, but its culture, revealing clubs throughout the city’s center with a cluster of music venues in the east, along the river. 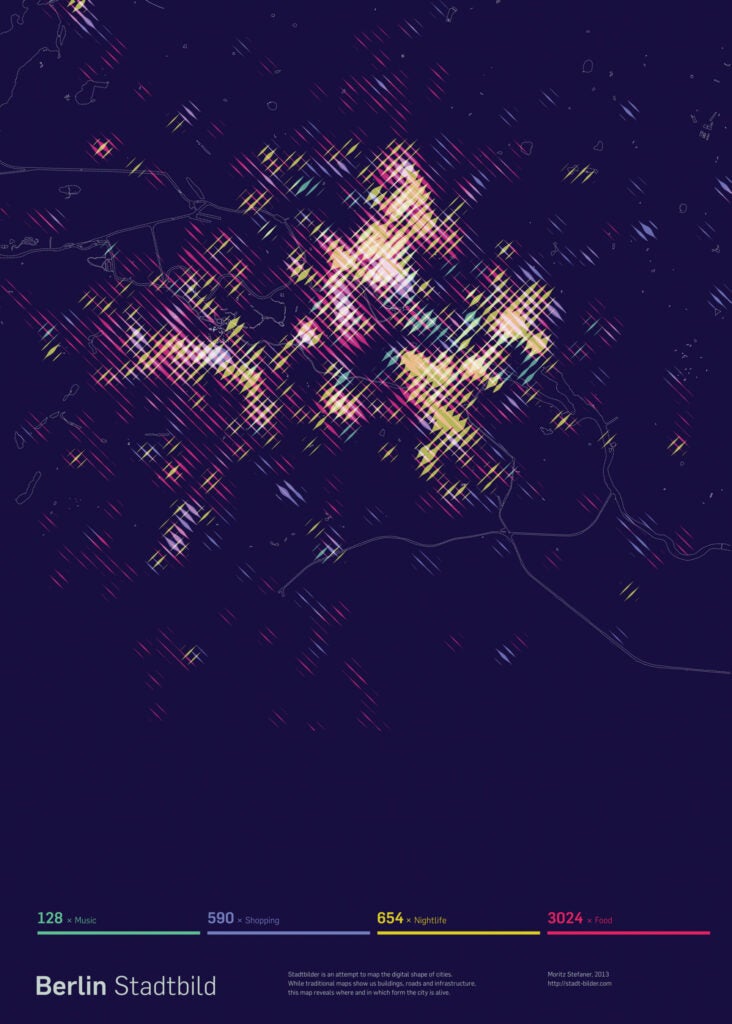