Behold, The First Atlas Of Ceres 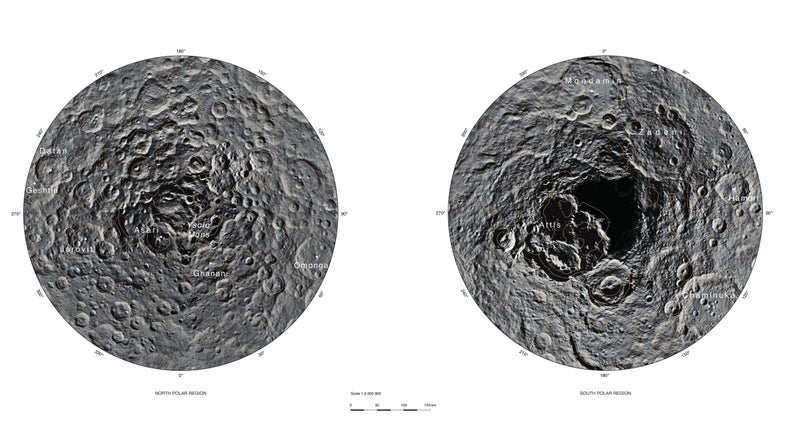 Ceres is no moon, but it did help to kill a planet. The large dwarf planet, originally classified as a real planet, was one of several celestial bodies that called into question Pluto’s own status. Thanks to NASA’s Dawn spacecraft, earlier this year humans got a close look at Ceres for the first time. The images together revealed some stunning (and possibly planet-destroying) features, but they hadn’t yet been stitched together creating a whole vision for the dwarf planet. Well, until now.

Planetary researchers at the German Aerospace Center last week announced a completed atlas of the Ceres. From their announcement:

Below are the other image plates from the atlas. Be sure to pore over them closely, in case there’s any signs of a womp rat-sized thermal exhaust port. 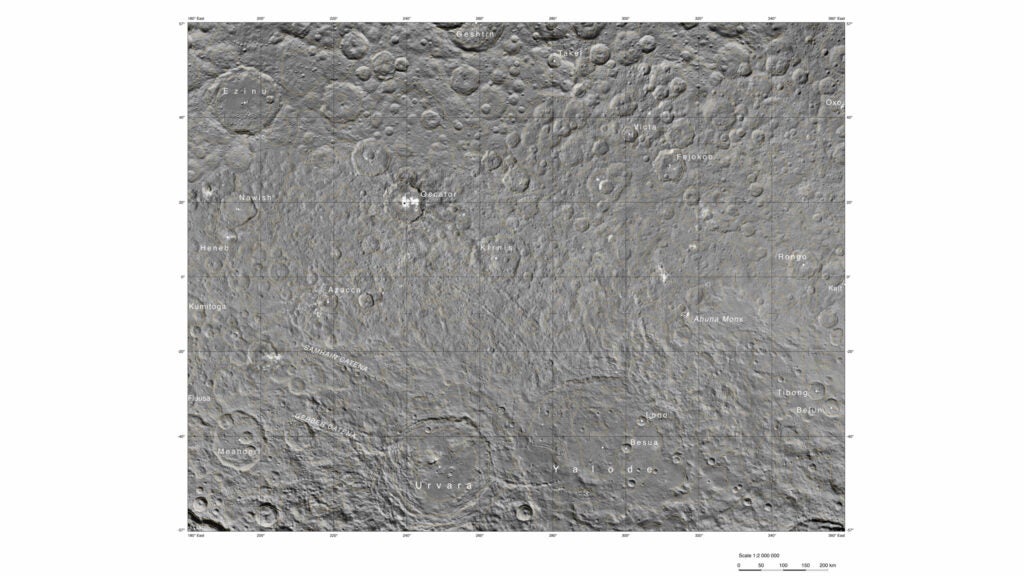 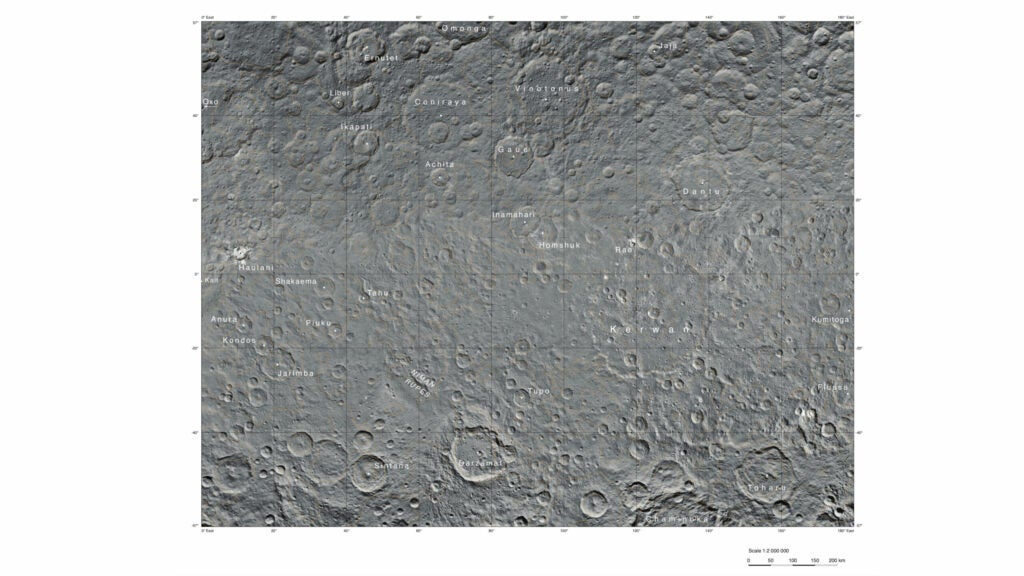 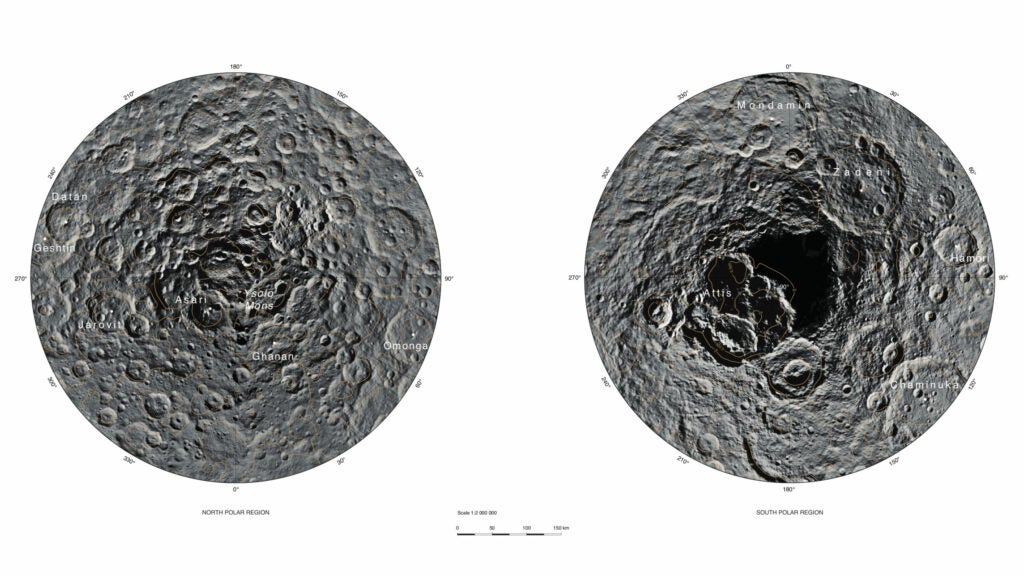