Beartooth Gets Service Without A Signal

Turning your smartphone into a two-way radio 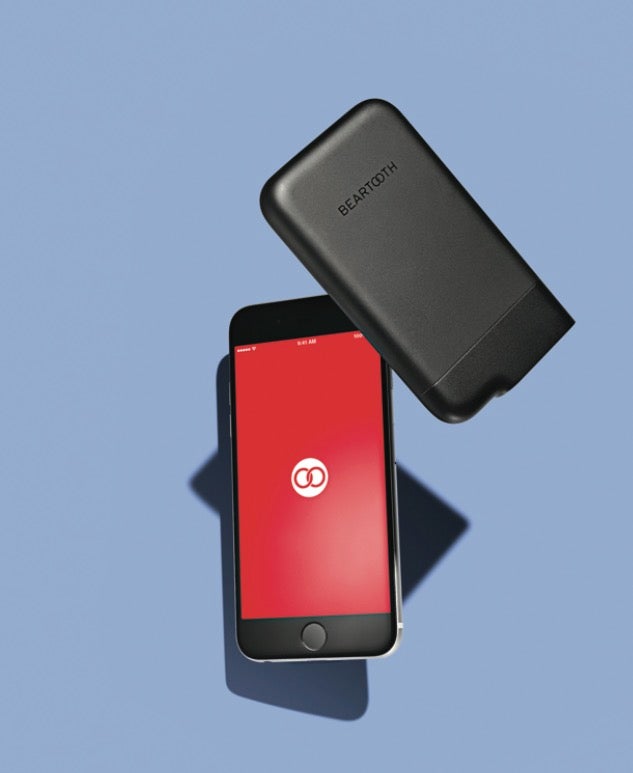 Music festivals are great until you try to phone your friends up front, and your cell signal gets blocked by thousands of other people doing the same. Enter Beartooth: It’s an off-grid transmitter that pairs with your smartphone—via Bluetooth, naturally—turning it into a two-way radio for texting and calling.

Beartooth’s signal uses a public-radio frequency that goes over the crowd like an umbrella. Nearly the size of a deck of cards, it weighs less than 5 ounces, looks like a thin hard drive, and has enough range to cover about 2 miles. It links only to other Beartooth users (which is why the company sells it in pairs).

Backcountry hikers and skiers use it too, which makes sense since its two founders are Montana-based skiers. In case you get lost or stuck in a snowslide, Beartooth locates you, pinpoints nearby landmarks, assists you with navigation, and sends SOS signals to others. The 3,000 mAh rechargeable lithium-ion battery also holds enough power to charge your phone and still have leftover juice for a full day of operations.

This article was originally published in the May/June 2016 issue of Popular Science, under the title “Service Without A Signal.”