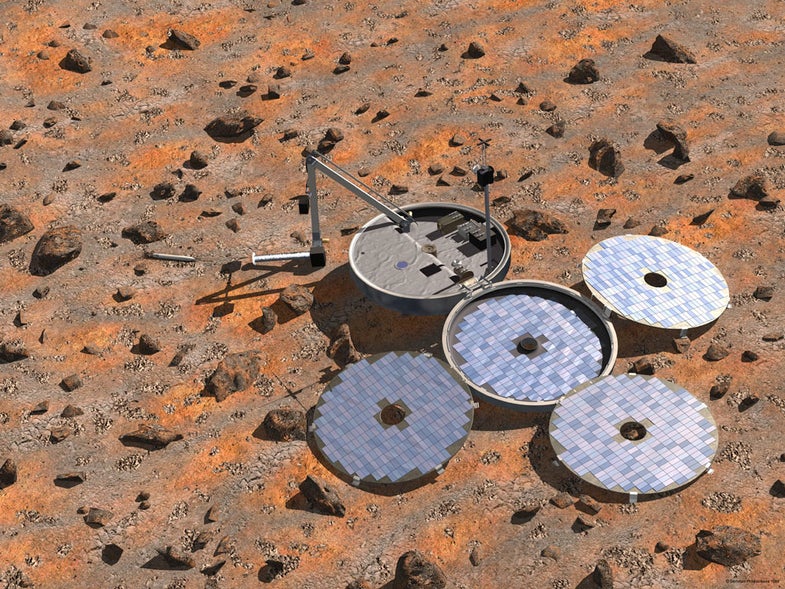 Long before October’s ExoMars lander failure, the Beagle 2 was Europe’s first attempt to land on Mars.

On Christmas Day in 2003, the Beagle 2 lander separated from the Mars Express orbiter, headed for Mars’ dusty red surface, and was never heard from again. Scientists initially thought the lander must have crashed, but a new image analysis suggests the mission came remarkably close to succeeding.

Unlike the lost Schiaparelli lander from the ExoMars mission, which was found just days after its failed landing attempt, no one saw hide nor hair from the Beagle 2 until 2015, when the Mars Reconnaissance Orbiter spied something shiny on the Martian surface.

Those initial images suggested that the Beagle 2 did manage to touch down and even deploy three of its four solar panels, and a new study lends further support to idea. Space.com explains how:

If one solar panel failed to deploy, as the findings suggest, that would explain why Beagle 2 was never able to establish communications back to the European Space Agency.

Although we’ll probably never know for sure what went wrong with the Beagle 2, every little bit of information helps. Europe wants to drop a rover onto the red planet in 2021, and learning what went wrong for Beagle 2 and Schiaparelli could help to ensure it doesn’t happen again.