Barbecue and chill with one of these coolers this summer

From bargain to bear-resistant 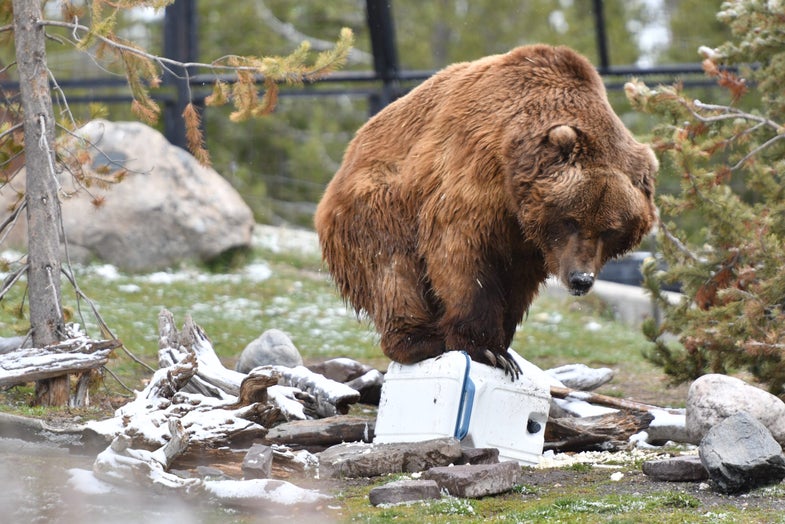 Summer is just beginning, and with hot, sun-drenched days ahead, it’s not a bad moment to turn your attention to that staple of the season: a cooler. A trusty old Coleman or Igloo will probably do a swell job keeping your beverages frosty at a casual picnic, but an inexpensive brand might not hold up during an extreme adventure.

Believe it or not, you can invest some serious coin in a cooler. The most hardcore chill-keepers made by companies like YETI cost hundreds of dollars, or even over a thousand, but the result is a product that’s highly durable—possibly even bear-resistant—and keeps your food and beverages cold for days upon days.

Smartphone case-maker OtterBox, for example, recently started making coolers. The company prides itself on the ruggedness of their products, and has drop-tested them numerous times, both empty and full, from the height of a tailgate; they’ve even pushed a cooler out of the back of a moving truck to test it. (There’s a good chance it’s over-engineered.)

Coolers are typically measured by the number of quarts they hold, so the number in the product name is a good indication of its size. And some come with a tray at the top for dry storage.

Tip: A pre-cooled cooler will keep your soda, food, or beer cold longer. If you really want to maximize its cooling potential, buy an extra bag of ice and put it in the cooler hours—maybe even a day—beforehand. Then toss that ice and put in fresh stuff just before you head out.

Here are seven coolers to consider:

For camping in bear country

Adventurers planning on overnighting in grizzly country can purchase coolers that will keep the ursines out. A grizzly-bear conservation organization called the IGBC pits products against bears to see if they can hold up. Many coolers and other products have earned an IGBC bear-resistant certification (see a full list here), including over a dozen YETI coolers, as well as OtterBox, Coleman, and plenty others. Engel 35: $200

If you’d like to tow a cooler behind a bicycle, RovR has you covered. Their coolers have tough, 8-inch tires, and one model includes a hitch that connects to the rear wheel hub of a typical bike. RollR 80 Bike Edition: $500

For keeping your ice cold forever

OtterBox says they inject refrigeration-quality foam into the walls of their coolers to keep everything super-duper insulated. So much so, that their Venture 45 cooler can keep ice up to two weeks. OtterBox Venture 45: $350

Want to carry a soft cooler over your shoulder? While you can find a bag-like cooler for less than $20, if you want one that’s durable, consider one from YETI’s Hopper line. Those coolers are made with a puncture-resistant fabric on the exterior and seal with burly, waterproof zippers. YETI Hopper Two 20 Portable Cooler: $300

This cooler borders on the absurd, but some people may love it. It has wheels and a handle, which is nice. But it also has a built-in battery and speakers that can play tunes from your device via Bluetooth. You can even hook a guitar up to it. TUNES2GO KoolMAX: $250

Going for a long drive, and want to keep things cold without frozen water dribbling all over your upholstery? Some coolers are electric and can be plugged into the cigarette lighter in your car or a wall outlet. This one from Igloo will chill your food to 36 degrees Fahrenheit. Igloo Iceless Thermoelectric Cooler 26 quarts: $89

If you have sticker shock, and just want something simple for a backyard barbecue, consider a stalwart brand like Coleman. They make a simple blue or red cooler that holds 48-quarts, but another option is their “Xtreme 5,” which has wheels and promises to keep ice for five days. Coleman 100 Quart Xtreme 5 Wheeled Cooler: $55