I invented an evaporation-driven car 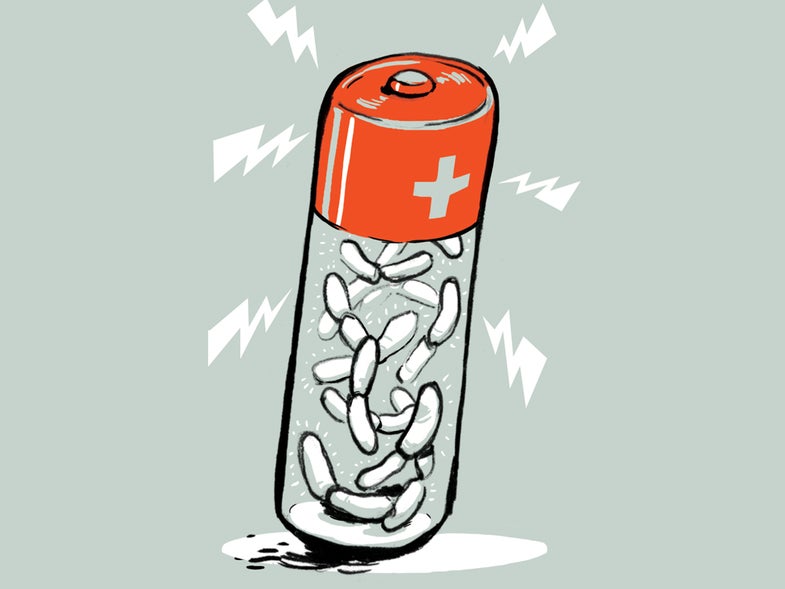 When a bacterium gets stressed out, it stashes some of its DNA in a hardy structure called a spore, which can stay dormant for years before reactivating. Back in 2006, I started studying the spores made by ­Bacillus subtilis ­because a colleague told me they expand significantly in size when they come into contact with moisture. I wanted to ­harness that mechanical power.

First, to see how much the subtilis grew with water in the air, I put some spores in a special microscope that can measure minuscule movements. Before I added moisture, I leaned in to look. Immediately, I saw a huge readout—the spores had gotten much bigger. My mere breath had caused them to grow! After some calculations, I knew these could power really strong motors.

We built a little spore-powered 3.5-ounce toy car to showcase subtilis. It isn’t the ­fastest—​it takes a minute to cover about 4 inches—but it’s the only vehicle ever to run on evaporated water. Its rotary motor turns as the spores grow and shrink. Going forward, I’d like to turn their size-changing ability into electricity. If we place large sheets of spores on a body of water and connect them to a generator, evaporation could produce ­renewable power much the way wind does.

As told to Jessica Boddy This article was originally published in the Fall 2018 Tiny issue of Popular Science.