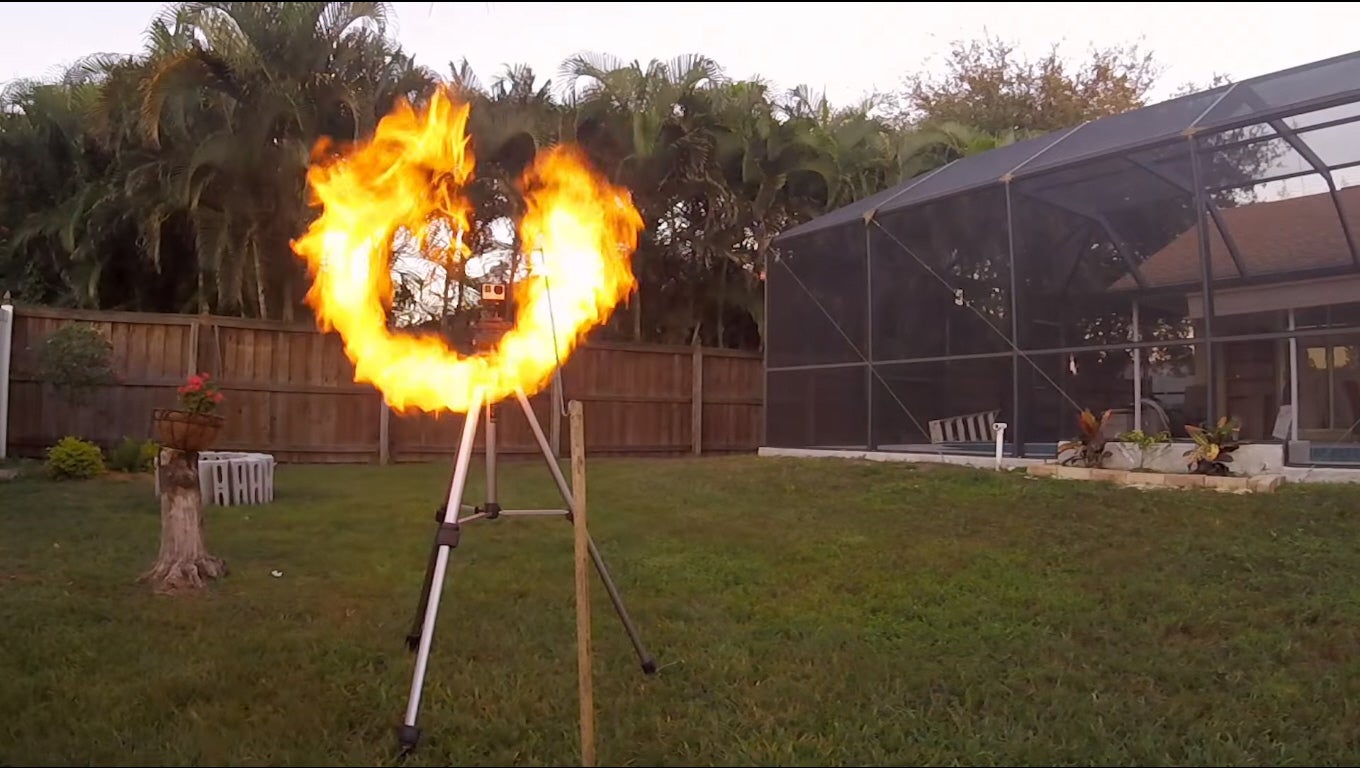 A vortex cannon is a simple device. With a flexible, airtight membrane on one end and a tapered opening on the other, a person can pull back on the cannon and send a surprise gust of air at an unsuspecting passerby. Here’s what that gust looks like from a custom-built trash can-sized vortex cannon:

What if, instead, the cannon was filled with propane, and launched into an open flame?

Great rings of fire, that’s what!

Why? Well, as the GoPro sponsorship of Kevin Kohler’s video and creation suggests: because it looks awesome. Still, there are ways to improve the design. Instead of shooting the fireball at a stationary flame, what if they teamed up with this guy in the flamethrowing facemask? Free idea, GoPro.

Watch the flame vortex cannon below: