How to stay healthy on your next germ-filled flight

Don’t get sick on the plane. 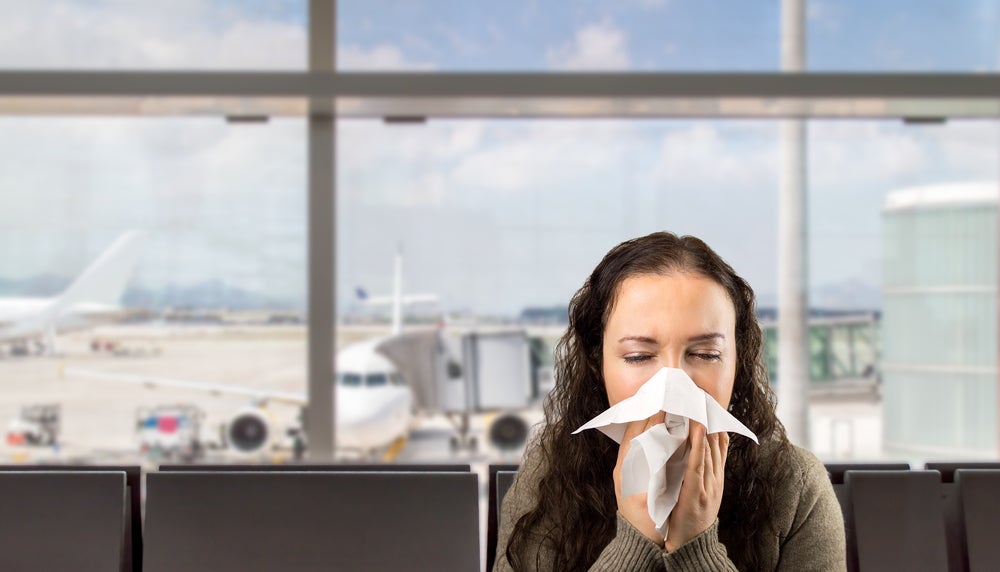 Does it seem like you always get sick when you travel? You aren’t alone. Packing a bunch of people in a confined airplane cabin during cold and flu season is a recipe for the sniffles. To avoiding sneezing your way through the holidays, take some precautions to stay healthy when you fly.

Most people blame recirculated air when they catch a cold after a flight. But researchers have found that this likely isn’t the case. After surveying 1,100 passengers—half of whom traveled on planes with recirculated air; the other flyers used 100 percent fresh air—they found that nearly 20 percent of travelers developed a cold within a week of flying, whether they breathed recirculated air or not. In other words, those in-cabin HEPA filters seem to really do their job well.

Still, science has uncovered several factors that make you more likely to catch a bug when flying. So the next time you take off, keep these things in mind.

When you board a plane, you’re entering an environment where you have limited control. You can’t expel that coughing passenger or set the temperature to a more comfortable level. But that doesn’t mean you’re entirely unable to adjust your surroundings.

On the ground, you should already rely on general good-health practices to stay well. These precautions become even more important while you’re in the air.

After you land, don’t let down your guard. Remember, while your actual flight may make up the bulk of your travel, you’re also in close proximity to other travelers in the airport, taxis, and other parts of your day. So don’t get complacent once you’re off the plane.

Finally, if you do get sick, it isn’t the end of the world. Stock up on the remedies that actually work and try to enjoy yourself anyway. You’ll be spending time with your family—they have to love you whether or not your sniffling nose looks like a cherry.