A SpaceX contract may be in the cards. 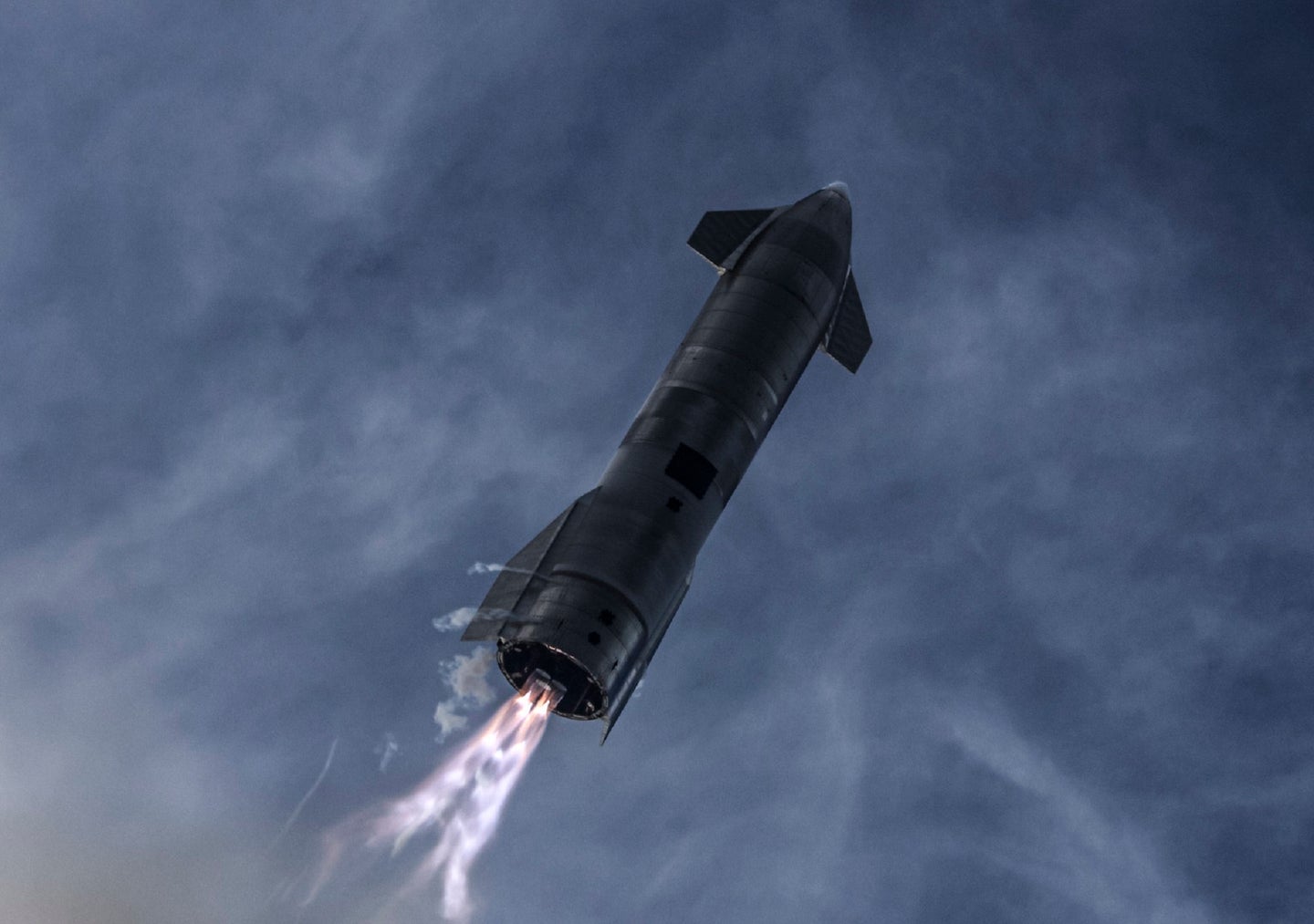 Whether they’re in Star Wars, Halo, or Warhammer 40,000, I’m a big fan of sci-fi planetary invasions, so my ears perked up when I heard the U.S. Air Force wants to invest $48 million into researching reusable rocket technology that could help shoot cargo or special operations troops into space and then bring them down to an austere base or combat zone anywhere on the planet in under an hour.

At least, that could be a capability in the next few decades if all goes well, and that’s a lot of ifs. The Air Force put the $48 million request in its fiscal year 2022 budget proposal. In the request, titled “Rocket cargo,” the Air Force says it seeks to “leverage a commercial rocket to deliver [Air Force] cargo anywhere on the Earth in less than one hour, with a 100-ton capacity.”

The branch hopes the capability would provide U.S. Transportation Command with a cheap and fast alternative to sealift or airlift, and it could also allow Air Force Special Operations Command “to perform current rapid-response missions at lower cost, and meet a one-hour response requirement,” which is wicked fast compared to a 10-plus hour flight across an ocean in a C-17 Globemaster III transport jet.

While the Air Force did not specify which commercial rocket it hopes to strap its cargo to, Ars Technica pointed out that only one matches its description: the Starship rocket being developed by the private space exploration company SpaceX. A fully reusable heavy launch rocket, Starship is designed to carry crew and cargo to Earth orbit, the moon, Mars, and beyond, according to SpaceX’s website. Once completed it will be the world’s “most powerful launch vehicle ever developed,” the company boasts.

But don’t pull on your Halo Orbital Drop Shock Trooper cosplay just yet. The Air Force was clear in its budget justification that the service does not intend to invest in developing Starship. Instead the funding is meant to help the Air Force understand if and how it can use the rocket for military applications. For example, the funding would help researchers come up with ways for Air Force loadmasters to load or unload a rocket, rapidly launch one from “unusual sites,” figure out where it might be able to land and detect enemies, and even investigate whether the rocket could airdrop its payload after reentry.

The Air Force has already spent $9.7 million this fiscal year gathering performance and design data on Starship, and the service plans to continue doing so as SpaceX keeps testing the rocket. In fiscal year 2022, the Air Force hopes to test the rocket in greater detail, including a wind tunnel test to figure out if air-drops from the rocket are possible.

If Congress approves the funding, and if Starship works out, and if the Air Force can figure out how to use it for military applications, it could open up some really cool sci-fi scenarios.

“When you can launch an austere airbase in a space capsule, that’s frickin’ awesome!” Will Roper, the former assistant secretary of the Air Force for acquisition, technology, and logistics, told reporters in November during a briefing on the service’s new Advanced Battle Management System.

“Just to be able to just have it come down, halfway around the world, with everything you need to be able to maintain and operate a small fleet of airplanes—refuel it, rearm it and get it back in the fight,” Roper added.

The chief of U.S. Transportation Command, Army Gen. Stephen Lyons, said a drop platform like this could redefine military logistics.

“Think about moving 80 short tons, the equivalent of a C-17 payload, anywhere on the globe in less than an hour,” he said in October. “We should challenge ourselves to think differently about how we will project the force in the future, and how rocket cargo could be part of that.”

Lyons’ comments came just weeks after he revealed during a National Defense Transportation Association event that the Pentagon had signed a cooperative research and development agreement (CRADA) with aerospace pioneer SpaceX to develop potential shipping routes that pass through outer space.

Whether the under-an-hour capability promised by rocket delivery is worth the added cost is an open question, The War Zone reported. SpaceX CEO Elon Musk hopes the cost of future Starship launches will be as low as $2 million a pop, which is about four times the cost of sending a C-17 to do the job, according to The War Zone.

There’s also the question of survivability, as The War Zone asked. How smart would it be to send a big noisy target like a rocket into enemy territory, and then launch it back?

Hopefully the Air Force will answer these questions in the coming fiscal year. And if we ever hear Gen. Lyons start chanting “express elevator to hell!” we want to be the first to tell you.