The company will test the car’s limits at Thunderhill Raceway 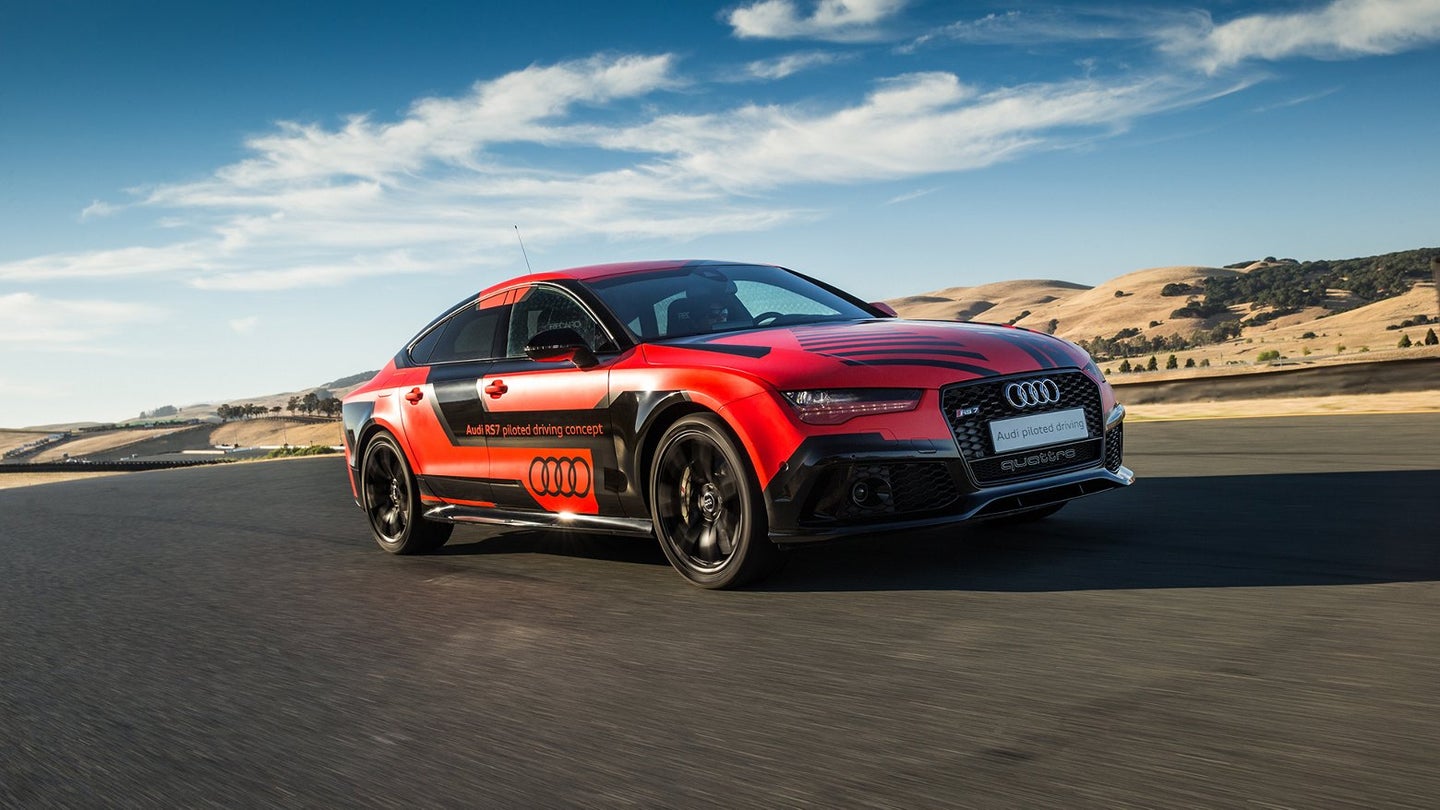 While other autonomous vehicle tests are being carried out on closed campuses and simulated streets, Audi has decided to test at the track. Audi engineers will be working with their counterparts at the Volkswagen Group Electronics Research Lab in Silicon Valley to test highly automated vehicles – or piloted driving, in Audi’s terms – at speed using Thunderhill Raceway in California.

Like other manufacturers, Audi has also been testing on public streets and highways where it’s been licensed to do so, such as in Nevada. But an autonomous car has to be able to both read stop signs in slow-speed neighborhoods and navigate turns on high-speed roads. The system will be incorporated into the next-generation Audi A8 “in a few years,” according to a press release. That’s in line with the timelines for automated (but not entirely self-driving) vehicles from other manufacturers.

Audi has already proven that its cars can hold their own on the track – on their own. In October 2014, an Audi RS 7 known as “Bobby” completed a lap of the Formula 1 course at Hockenheim without a driver at the wheel. It managed its lap in just over 2 minutes (no official time was released), which stacks up pretty well on the leader board. The record for a production car is 1:46.75, and the fastest production Audi to take a lap at Hockenheim was an R8 4.2 that did it in 2 minutes flat – with a driver.

Another RS 7, this one known as “Robby,” completed high-speed testing at Sonoma Raceway in July 2015, turning in a time of 2:01.01 over the 2.5-mile track. This version of the test car was nearly 900 pounds lighter than Bobby, bringing it more in line with the weight of the current production RS 7. For comparison, the fastest lap record at Sonoma is held by NASCAR driver Jeff Gorgon with a time of 1:16, but that is a pretty high bar for a production car to meet, whether Jeff Gordon is at the wheel or no one at all.

Of course, as fun as it is to race robot cars around a track, it is all in the name of developing safety systems in autonomous vehicles. If a car can complete a twisty lap using sensors and map data at a speed comparable to a car with a human at the wheel, it can probably get you to work on time in traffic while you read your email.