Asus Will Launch An Augmented Reality Headset in 2016

An AR headset for the people 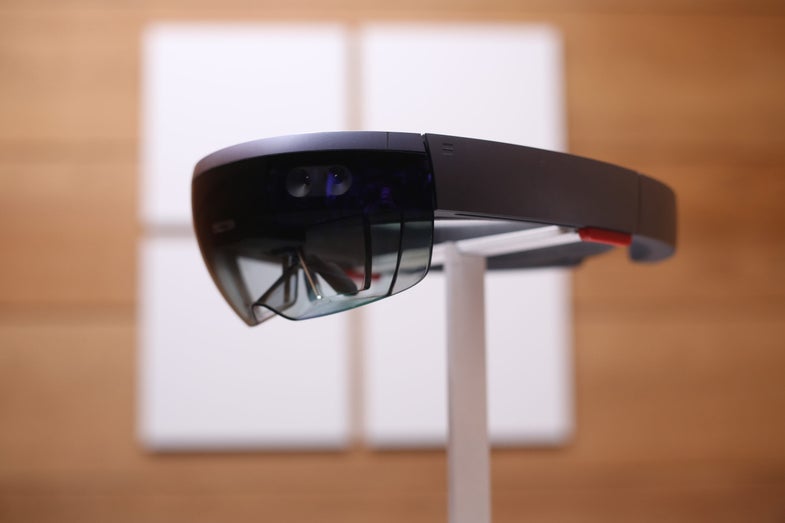 The augmented reality creating HoloLens will be available to software developers at a price of $3000 in the first quarter of 2016. Dave Gershgorn
SHARE

The marketplace of virtual reality headsets is starting to become more clear: Oculus and the HTC Vive will be major top-tier players, while Samsung Gear and other low-cost phone mounts like Noon VR will target the casual viewer. However, in the realm of augmented reality, the Microsoft HoloLens has been the only mainstream contender. Until now.

Asus, the PC hardware manufacturer, is planning on releasing an augmented reality headset as early as 2016, according to CNET. While the exact price of the headset is still unknown, a low-cost offering could change the landscape of augmented reality, and bring it to people who might not be able to afford the premium HoloLens.

“It should be next year when we come out with a product,” Shen said during an earnings webcast Wednesday. “We think AR will be very important for people’s lives.”

The developer’s version of HoloLens will cost $3000, and comments made in October by Asus chairman Jonney Shih indicate that their headset would cost less than Microsoft’s offering.

Asus has been known for taking risks with design in the past, as well as offering low-cost products that operate within the Microsoft ecosystem. You could even argue that the company has always been a bit ahead of their time. Their Transformer series could be seen as a predecessor to the iPad Pro, although not nearly as refined, and the PadFone, while ill-conceived, has the idea of a unified system that Microsoft is trying to push with their Continuum.

That being said, the company is well-known for making dependable, and professional-level gaming monitors, laptops, and desktop PCs.