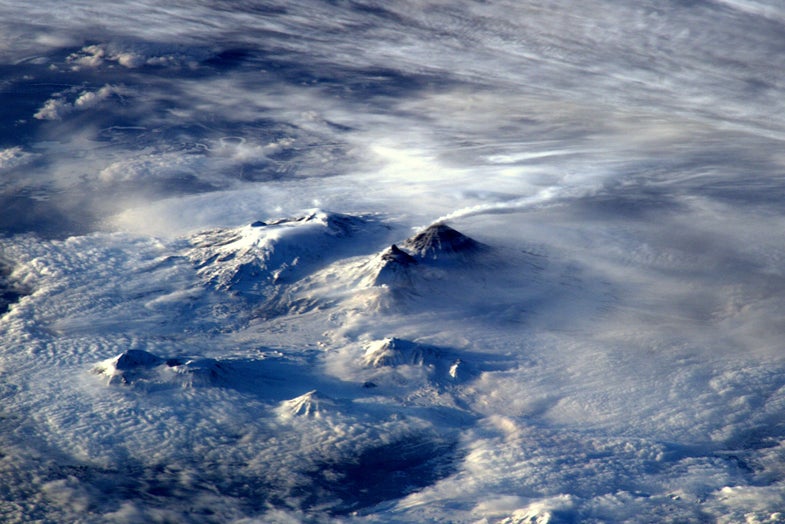 Ash streams from a volcano erupting on the East Coast of Russia. Tim Peake/ESA/NASA
SHARE

Astronaut, noted photographer, and current ISS resident Tim Peake took this gorgeous picture of an plume of ash and gas billowing out of an erupting volcano earlier today.

The star of the shot was identified on Twitter as Klyuchevskaya Sopka or Klyuchevskaya volcano, located on Russia’s Kamchatka Peninsula. It is one of the tallest active volcanos in the world.

Considered to be Russia’s most active volcano Klyuchevskaya’s most recent period of unrest began in early April.

Interestingly, this isn’t the first time that this particular volcano’s activity has been seen from space. Another (unidentified) astronaut captured an image of the volcano erupting in November of 2013. Because the ISS was flying over 930 miles to the south and west of the volcano (instead of directly over it), it almost looks like the picture was taken from a plane instead of from a space station. 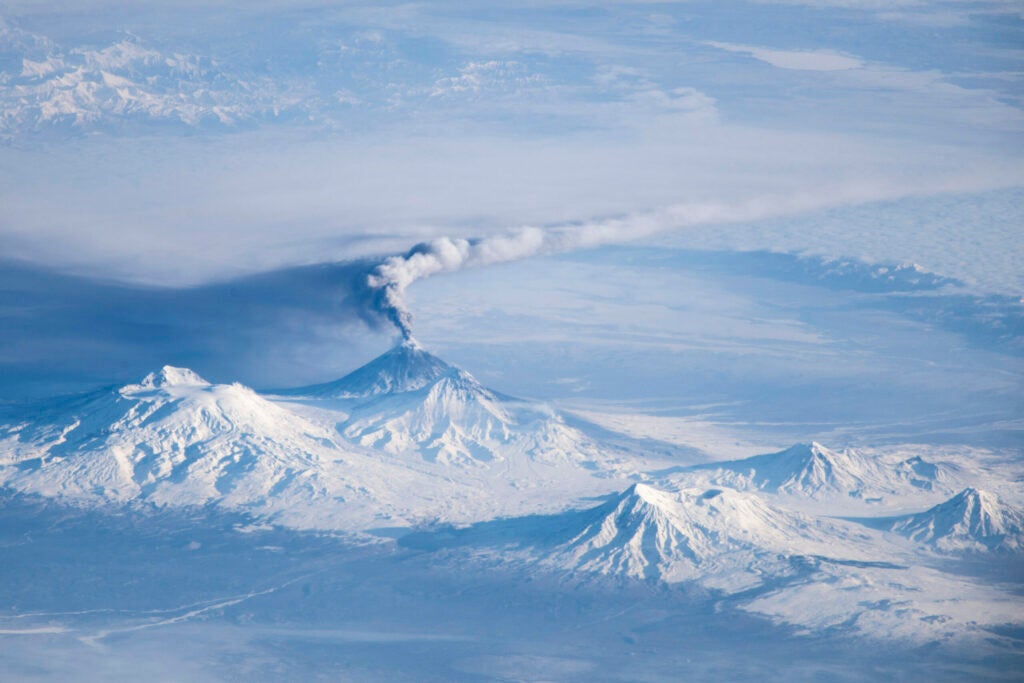