You Can Airdrop Onto A Mountain In This High-Tech Shack

In case you're not into the whole rugged, camping thing. 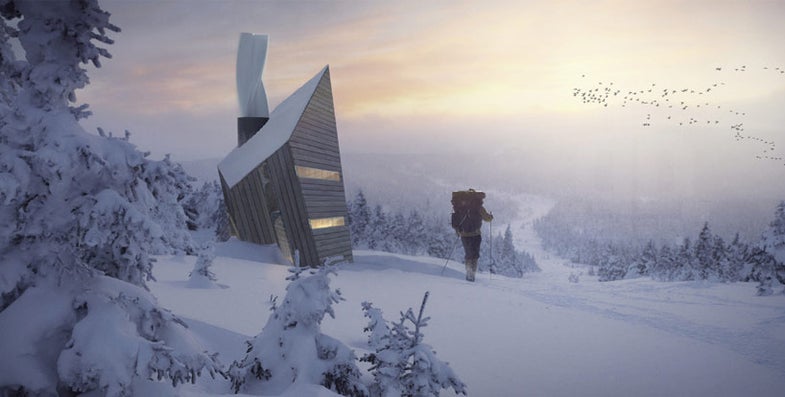 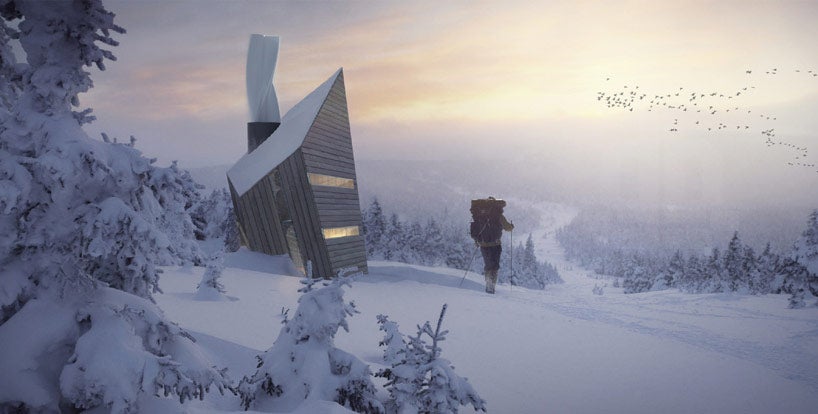 Designers Malgorzata Blachnicka and Michal Holcer have come up with what looks like the perfect way for a rich person to hide from the IRS on tax evasion charges: a high-tech, self-sufficient mountain shack that can be airdropped in. It’s like _Walden _for one-percenters.

But, really, the concept (still just a concept, unfortunately) does look neat. Called “Huba,” it’s a self-contained, energy-efficient home meant to stay 1,000 meters above sea level, where wind speeds can reach 30 meters per second. That thing stuck in the chimney? It’s a wind turbine that would connect to a battery–and give enough juice, the creators say, to power the shack’s heat and light. Roof tiles could be adjusted to collect the mountains’ abundant rain in a tank, where it can be filtered.

And it also looks bizarre. There are apparently no right angles on it, for instance. Privacy-wise, the exterior has frosted glass windows. Not that you’d need much of it where you’d be living in this. 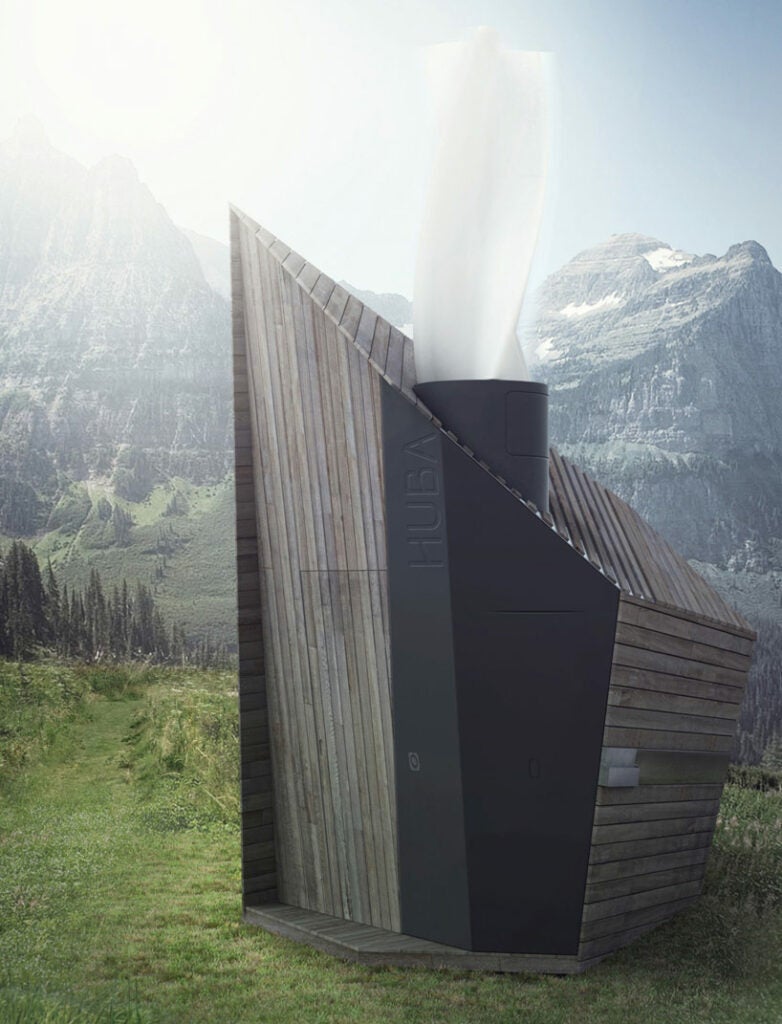