Why Are Israeli Startups Leading The Tech World?

Cross-pollination between military and civilian technologies fuels a fast-moving industry. 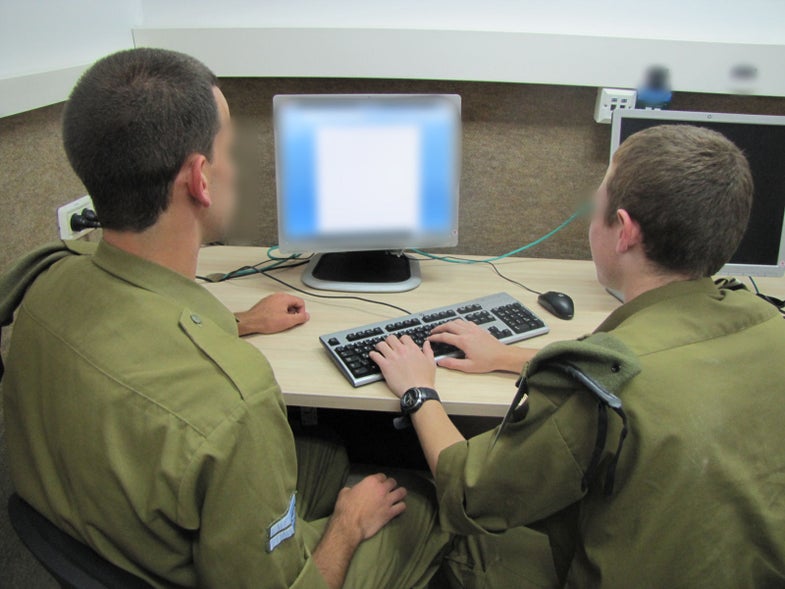 People lined both sides of Boylston Street, rounds of cheers going up as runners approached the end of the 2013 Boston marathon. Then white smoke plumed. Windows splintered. Fifteen seconds later, another explosion, and glass shattered onto blackened cement. The detonations knocked athletes to the ground, in some cases blowing the shoes off their feet. Three people died, and another 264 were injured.

The FBI started investigating while first responders were still rushing to the scene. Within three days — just 101 hours — the bombers were apprehended.

FBI agents sifted through 13,000 videos and more than 120,000 photographs, drawn from surveillance cameras and onlookers’ cell phones. To sort through the piles of footage, law enforcement turned to new technology that can condense an hour of video into just a minute of playback time.

The method, called video synopsis, was invented by an Israeli company called BriefCam, which counts all the right three-letter agencies as clients. (The FBI declined to comment on the specifics of the Boston investigation.)

Video synopsis works in a variety of ways, but most programs layer actions that occur at the same place at different times, making it possible, for example, to see simultaneously every person who walks in a door on a given afternoon. Other notable inquiries have also used BriefCam, like Norway’s national security service after Anders Breivik bombed a children’s camp there in 2011.

Shmuel Peleg, a co-founder of BriefCam and a professor of computer science at Hebrew University in Jerusalem, says the original intention for the tool was a long way from law enforcement. “One of my students had three kids,” he said, and was hoping to come up with a better way of viewing their home videos. The eureka moment came when “one of our friends said most video on earth comes from stationary cameras,” Peleg said. “He was in the military at the time,” Peleg explained, and immediately thought of surveillance footage. Security cameras at Israel’s borders watch for tunnel activity, but it can be hard to identify suspicious behavior in real time. “BriefCam makes it possible to integrate information that happens in a large temporal space,” Peleg says, making it perfect for consistent monitoring.

Israel’s environment provides a primal urgency that headquarters in Silicon Valley strewn with kegs and Ping-Pong tables can lack.

But that a civilian idea was immediately put to military use is not surprising. BriefCam’s origin story reveals a common trend in Israel. “The general awareness people here have for risk is always present,” Peleg says, and this mentality has made its mark on the country’s business climate, influencing technological developments. “Maybe Israelis learn less things [in school] but they know how to come up with ideas, how to manage to survive,” Peleg said. “Every one of us is concerned with security.” Military life has left an indelible mark on Israel’s booming start-up scene, leading the country to the frontlines of the tech ecosystem in odd ways.

This sway manifests most obviously in the security world. After spending six years in an elite tech unit in the Israel Defense Forces, Giora Engel, another Hebrew University alumnus, co-founded a start-up called LightCyber. LightCyber detects computer glitches in corporate environments, focusing on a new wave of electronic threats, which have moved past malware to specifically targeting companies (“like the Target data breach this last November,” Engel says.) While in the Defense Forces (IDF), Engel, who has bright red hair and freckles, managed high-risk projects, including coding mission-critical systems. He says Israel is leading the world in cyber-security because people leaving the Army bring “expertise that was previously only found in the defense industry.” He continued, “The nation-state cyber-breaks we were accustomed to in the military have now proliferated into the [tech] industry.”

Peleg echoed Engel, saying that because of Israel’s mandatory army participation, “my students are often called away from their research for reserve service.” He said, “You can’t think creatively while in service. You only care about survival.” But upon his students’ return, “new ideas come,” enriching research programs. 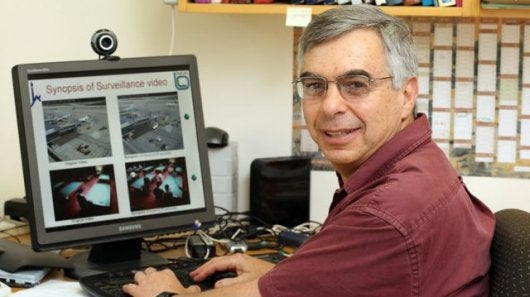 In addition to fresh thinking, working in an environment where there are often immediate applications of new developments has driven quick innovation. Mantis Vision, a company that uses 3D imaging for a variety of mapping applications, had the Israeli government as an early client for a confidential project. “What I can tell you is this wasn’t a product developed for a lab, but a real product that was used,” said co-founder Amihai Loven.

Israel is an environment where “there’s zero tolerance for work-arounds,” Loven said. Part of what’s pushing the country’s tech boom, he said, is that “there’s a lot of pressure to develop something something that actually works, and not just in lab environments.” This provides a primal urgency that headquarters in Silicon Valley strewn with kegs and Ping-Pong tables can lack.

“Look at the recent conflict,” Loven said, referring to July’s deadly flare-up between Hamas and Israel. “The Iron Dome performance is like nothing you can develop in an R&D environment without a threat.” The anti-missile system is designed to blow up incoming missiles before they land, and has been deployed frequently in the last month. Despite concerns the Iron Dome is actually less effective than the IDF claims, and setting aside much debate about the imbalance of force between the two sides of the conflict, the Iron Dome is far more sophisticated than alternative anti-rocket systems.

In the long run, the perceived pressure to make things that actually work can be a good thing for the market. “Products need to start high-end from the beginning in order to mature into consumer products,” Loven said, citing GPS’s beginnings as a defense tool. “If it’s just starting as a gadget, there’s a glass ceiling” on its utility, he explained.

So perhaps it makes sense there’s an unusual amount of governmental support for new ideas. Giora Engel of LightCyber says government organizations are often slow adopters, taking their time in using new technology. But Israel was one of the first countries to develop a cyber-security division, all the way back in 1997. Since then, the country’s quietly dominated all sorts of cyber projects — not least Stuxnet, the notorious computer worm designed in a joint project between U.S. and Israeli forces that took out a fifth of Iran’s nuclear centrifuges in 2010.

More recently, Prime Minister Benjamin Netanyahu upped the ante, in 2011 creating the National Cyber Bureau (NCB), which reports directly to Netanyahu’s office and increased the country’s cyber-defense budgets by 30 percent. He made no bones about its purpose, saying, “We established the National Cyber Bureau for the purpose of transforming the state of Israel into a cyber superpower.” NCB trickle-down extends to the startup world: “There’s a lot of support for new technology from the government,” Engel said, “because they realize that startups can bring them the most cutting edge technology and are valuable to the economy.” Statistics suggest the strategy is working: 14.5 percent of all firms worldwide garnering cyber investment are owned by Israelis.

Of course, there are disadvantages of running a business in a region plagued by violence and dominated by the military. Engel said that in July, while business has continued, more or less as usual, in the startup scene, “Some people have been called to their reserve duty in their military units. And it’s hard to have conference calls when any moment you may have to run to a bomb shelter.”

“In this crazy country, you’re always under pressure,” Loven said. “If it’s not defense, it’s to win in the market.”