What goes up must come down—very, very softly. 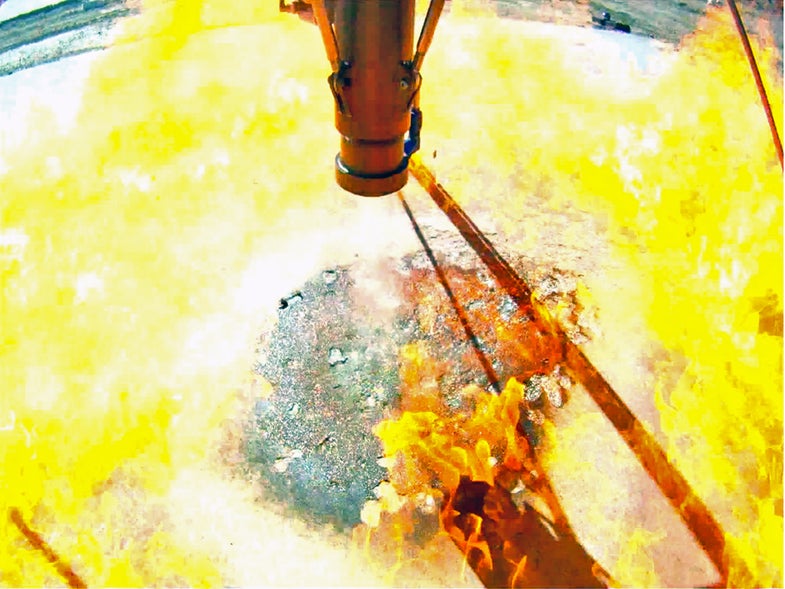 It’s not easy to land a robot on the moon. Only the U.S., the former Soviet Union, and China have succeeded; other nations have only managed to make debris-strewn craters with their landing vehicles.

Eighteen privately funded groups, however, think they can safely land a privately funded spacecraft in 2015, rove around the lunar surface, and claim tens of millions of dollars in prize money for the feat.

To that end, a Pittsburgh-based company called Astrobotic has released a three-minute video (below) showing off its progress in developing moon-landing technology. The company is one of the teams competing for the Google Lunar X Prize, which will award $20 million to the first group that lands on the moon, moves its spacecraft a third of a mile, and sends HD video back to Earth. (Popular Science reported on Astrobotic’s planned lander and rover in our April 2014 issue; see illustrations of the vehicles and learn how they work.)

Astrobotic tested its latest landing vehicle in California’s Mojave Desert on February 21. On the moon, the robot will use two cameras, an inertial measurement unit, and a laser scanner to see where it’s going. Then it will match these data against satellite maps of the lunar surface and automatically decide where to land. In the February 21 test, however, all of its instruments took in data passively without making decisions, so that engineers could test whether the instruments were accurate.

The company seemed pleased with the results. “The test campaign validated performance of pose estimation and hazard detection in a flight-relevant environment,” Astrobotic said in a statement. How big of a hazard could the company’s technology detect? Rocks and craters as small as a soccer ball, according to the statement.

Watch a lander’s-eye view of their test, below.