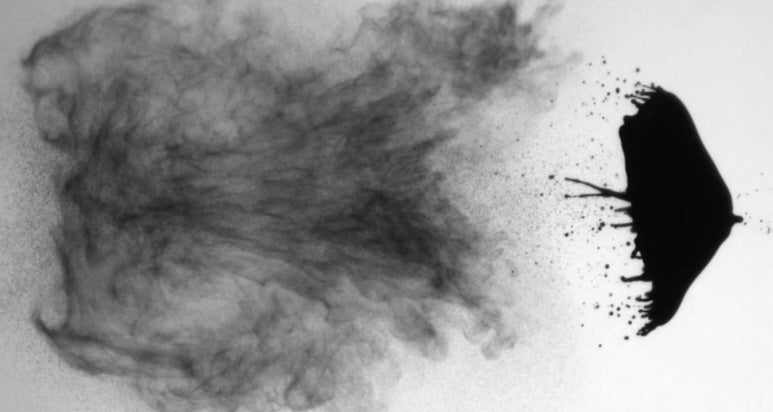 In this still from a super-slow-motion youtube video, a laser blasts water droplets into fragments. The research is expected to advance scientists' understanding of semiconductors, but it doesn't hurt that it creates some gorgeous imagery in the process. Alexander L. Klein et al, screenshot from YouTube
SHARE

In mere fractions of a second, a laser turns a millimeter-sized droplet of liquid into a constellation of tiny fragments. Captured at 20,000 frames per second by a team of researchers from the University of Twente in the Netherlands, “Laser Impact On A Drop” is violently beautiful.

That’s cool, but better semiconductors seems both important and the least exciting use of this technology possible. What we really want to know: If this is scaled up enough, can it reduce an Alderaan-sized planet into so much space dust?