Today in Stuff You Have To Look Out For In The Future: drones falling on your head. Apparently, one crashed in Manhattan on Monday–almost right into a businessman, an ABC affiliate is reporting. The drone only weighed 3 pounds (likely a hobbyist model), but in the recovered video, you can see it soaring toward the top of skyscrapers. Not something to panic too much over, but a drone that size falling from that height could definitely leave some bruises.

**Update: **Based on this screenshot… …we believe the drone is likely a DJI Phantom quadrotor: 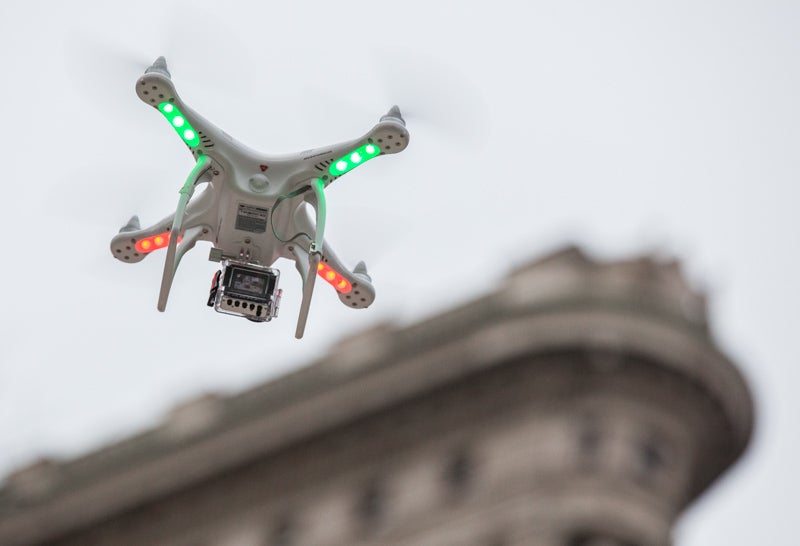